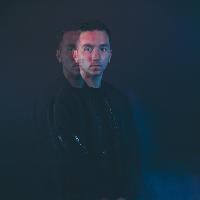 The Liquidroom Warehouse in Edinburgh

The Liquidroom Warehouse in Edinburgh

Frazi.er is the alias of burgeoning Glasgow techno talent Fraser Stuart as he continues to reinvent himself along his undoubted journey to the top.

Scotland’s young shining techno talent Frazi.er has been taking the scene by storm the last two years. His unique, raw and energetic sound has led to international recognition, intense touring and massive releases on heavy hitting labels such as Second State. This includes recently been asked to contribute to the A.side of Pan-Pots legendary track 'Confronted' for the 10year anniversary - delivering a forward thinking, mind-warping banger which has already become a huge hit. At the age of 22 he released on Carl Cox’s world famous Intec & whilst being tipped by Mixmag as an artist to watch out for in 2018 and beyond.

Coming off a grand slam 15 sold out UK performances, a record breaking 62minute open-to-close sell out, with shows in Europe, two tours of Asia & South America. He holds residencies at the world famous Subclub & Nightvision/Terminal V Festival in Edinburgh, you can find him playing at the biggest events that Scotland has on offer.

His production to date has already found its way onto dance-floor’s commanded by some of the most respected touring acts in the world. Amelie Lens, Sam Paganini, Pan Pot, Adam Beyer & Joseph Capriati are the latest in a long list of those rushing to showcase his stellar work.

This latest round of studio time and new infectious sound is sure to leave him nowhere to hide... Not even behind a name!

Frazi.er has been mentioned in our news coverage

Here are the latest Frazi.er mixes uploaded to Soundcloud.

Do you promote/manage Frazi.er? Login to our free Promotion Centre to update these details.