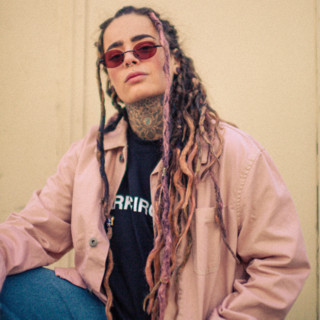 10 Years of Eats Everything Tour Birmingham

For the past two years in Birmingham’s underground scene there have been countless names on a local, support artist level to break through and leave their mark in their own respective ways with not just those on the dancefloor, but also those who throw the parties. However, there is one name that consistently reappears amongst others, and that name is Fleur.

This is a young lady who has seemingly come out of nowhere - but with her consistency, flare and a strong dose of individuality she has earnt the respect from some of the most established promoters and DJs in our city.

For those that are not aware of the background story surrounding her first few chapters of in what will no doubt be an eventual story of huge success, it all revolves around the recognition and backing from Tom Shorterz. This is a name that has become entrenched in the cities underground scene, with gargantuan parties thrown at the internationally recognized Rainbow Venues over the years, memorable sets alongside some of the biggest names but also a man whose eye is difficult to catch in such a competitive and saturated market.

During one of her first residencies at Hogtown in Tamworth she took over the reins immediately after Shorterz, and with an impressive execution to her style of mixing his experience and instinctiveness knew that there was great potential here, and offered her the chance to showcase her abilities on a bigger platform.

Since then her journey has been flurried with achievements, with confidence, constant motivation and a push in the right direction from Shorterz - she has gone on to lay down killer sets in the Blackbox supporting Hot Creations production wizard and Paradise resident Patrick Topping during his city takeover. She was also a highlight of the day’s celebrations during 02:31’s recent birthday event with some serious damage done in the basement at Crane, and finally there have been other fine orchestrations of high tempo, pack a punch performances on the terrace when Sankeys played host to the Rainbow several months ago and for the scenes leading underground brand Portal.

Her work hasn’t just been restricted to the thriving underground scene in Birmingham, as she also previously featured on the same line up as producers and selectors including Wade & Raffa FL in the capital city’s underground music den Egg London, and spent time doing everything to prove her worth on the isle of underground house and techno music.

Fleur Shore has been mentioned in our news coverage

Here are the latest Fleur Shore mixes uploaded to Soundcloud.