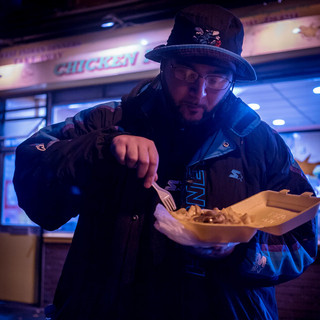 Chimpo has been djing since he was a young chimp.

He was a bad boy jungle dj at 13 even though he was on a pair of soundlab belt drives that were falling apart. Since he was the age of 16, hes been knocking out killer hip hop, jungle, garage, grime and soul.

A couple years ago he had a go at making a dubstep track, this track 'Kryptonite' would be his first solo release and would be the first of a string of epic releases such as 'Dead', 'Lock Off' and 'Ruffest Tuffest'. He has recently been working closely with Zed Bias and MRK1 and has forthcoming track on both of their labels.

Chimpo has been mentioned in our news coverage

Here are the latest Chimpo mixes uploaded to Soundcloud.

Do you promote/manage Chimpo? Login to our free Promotion Centre to update these details.