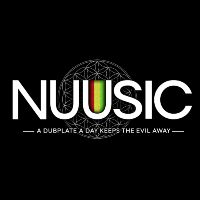 The Sportsman Arms in Denbigh

New to the scene but not new to jungle; Rafiki Dubs, Joe Mac & Jungglah have been tearing up venues under the Nuusic banner since their debut sets at the beginning of 2016. With their eclectic blend of rolling DnB and dancehall-influenced ragga jungle; they pay homage to the history of the genre within their sets while keeping the sound moving forward. They have been taking the scene by storm, locking off dances with high energy performances. Having already supported the likes of; Shy FX, Aphrodite, DJ Hazard, DJ Hype, Serum, Randall, Dillinja, Randall, Ed Solo, Mungo's HiFi, Dub Phizix, Bladerunner, Aries, Serial Killaz, Tenor Fly, General Levy & many many more, the Nuusic crew have barely had a weekend off in over a year, and are out to cement themselves as heavyweights in the UK Jungle/DnB scene in 2017.

Nuusic has been mentioned in our news coverage

Here are the latest Nuusic mixes uploaded to Soundcloud.