Combat those post-Glastonbury blues by securing tickets to one, two or maybe even three of the incredible events featured in our latest New On Skiddle roundup

Whether you watched the highlights from the comfort of your own home or spent the last five days amidst all the live-action in the fields of Somerset, the post-Glastonbury blues should well and truly have settled in by now. Yes, the greatest live music spectacle on earth has indeed concluded for another year, and what an occasion it was. Dave Grohl performing alongside Beatles frontman, Paul McCartney, Diana Ross owning the legends slot, Sam Fender's unforgettable debut on The Pyramid Stage... There were so many highlights.

If like the vast majority of the population you find yourself feeling a little glum, wondering where and when the next party, festival or day out might come, we've got some good news. Our weekly New On Skiddle is here and is stacked with a score of eye-catching summertime soirees to ensure the rest of your season doesn't fall flat.

Scroll further down the page, take a browse through our top picks of the best new events on Skiddle - with tickets now on sale - and boost your mood once more!

Jet-setting superstar DJ, head honcho of acclaimed dance label, TRICK, and all-around Geordie legend, Patrick Topping has confirmed he will take over the Concourse at Manchester's monstrous Depot Mayfield warehouse this September, performing to a limited and intimate audience.

The 33-year-old selector and highly regarded producer, whose biggest club anthems include 'Be Sharp Say Nowt' and 'Voicemail', will supply those fortunate enough to come by tickets with a top-quality soundtrack of heaters all night long.

Running from 10 pm until just before sunrise at 4 am the following day, this event is one fans' of house and techno in Northern England can't afford to miss. 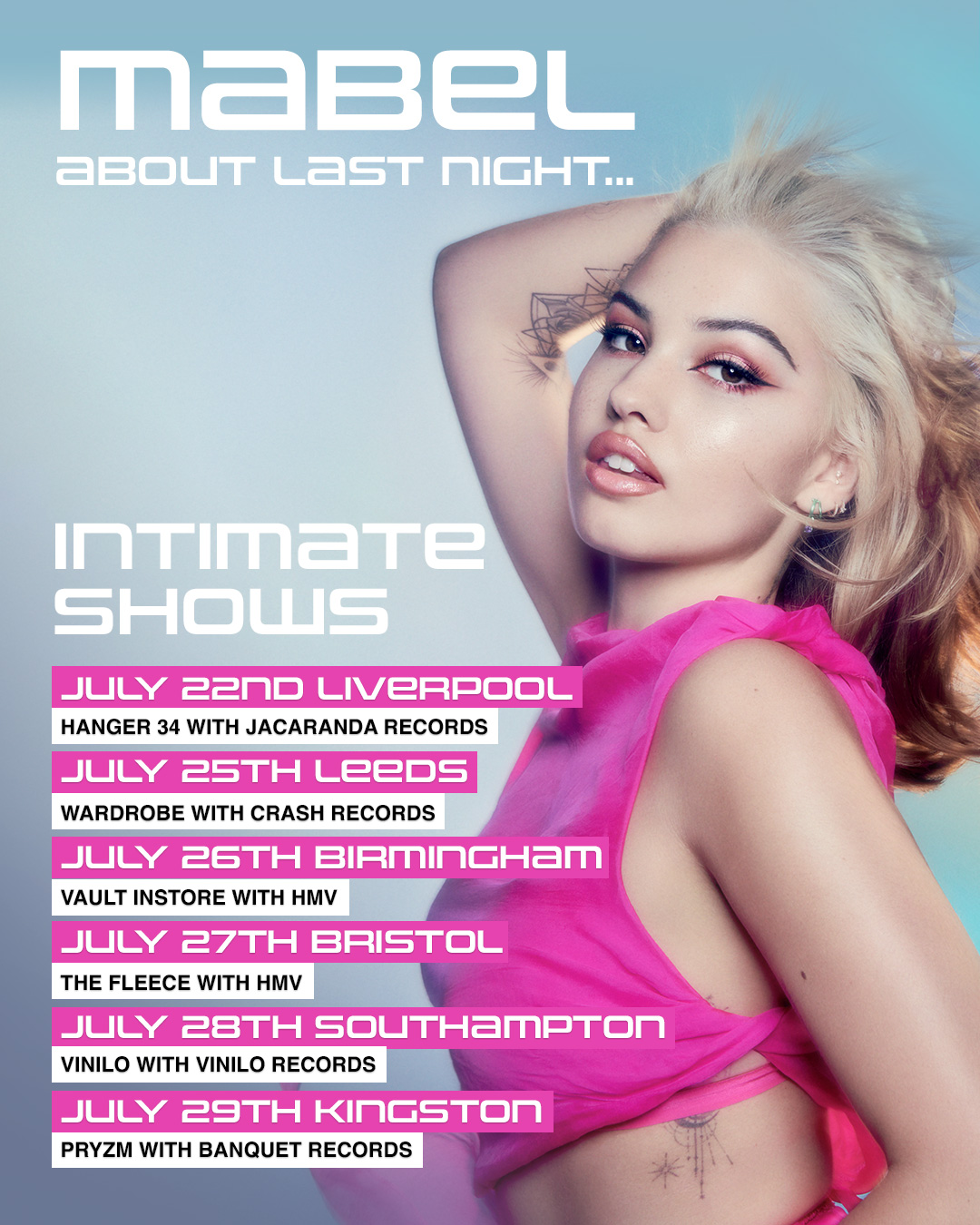 Where: Hangar 34 in Liverpool

The BRIT-award-winning solo artist, the daughter of 'Buffalo Stance' singer, Neneh Cherry, has accomplished a great deal in her short career thus far. Signing to Polydor Records back in 2017, she's since found herself charting frequently with huge singles the likes of 'West Ten' featuring AJ Tracey, 'High Expectations' and 'Don't Call Me Up'. 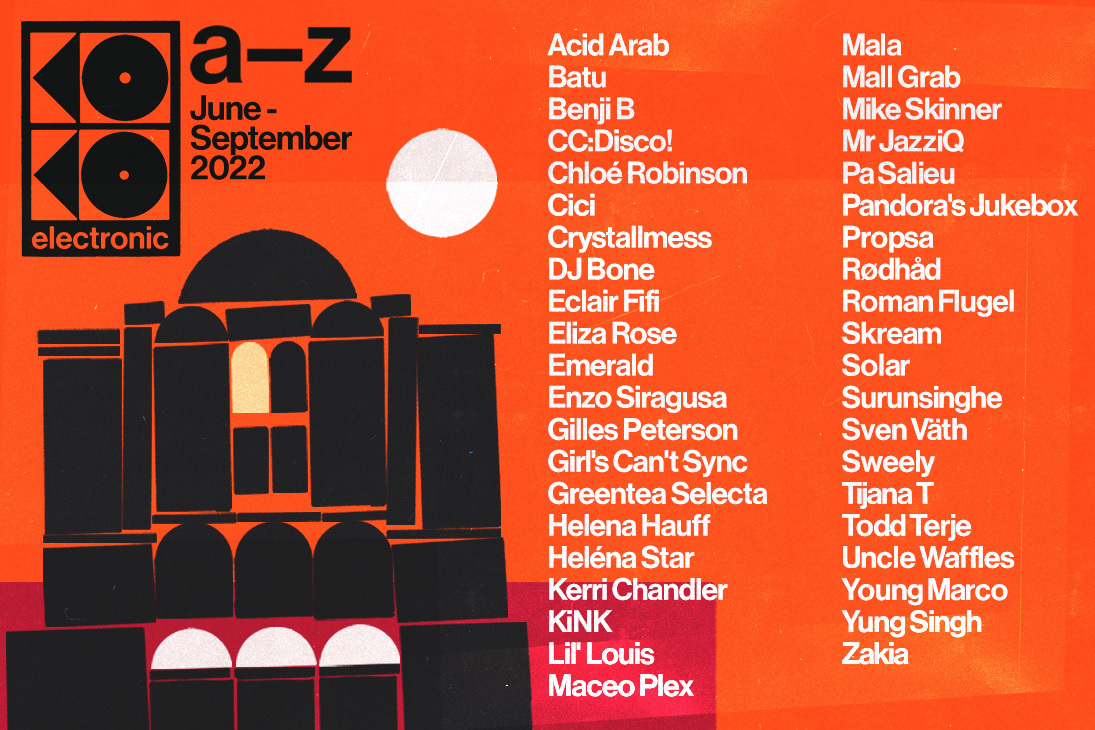 Where: KOKO London, in London

Follow the link below for more information and to get your hands on tickets. 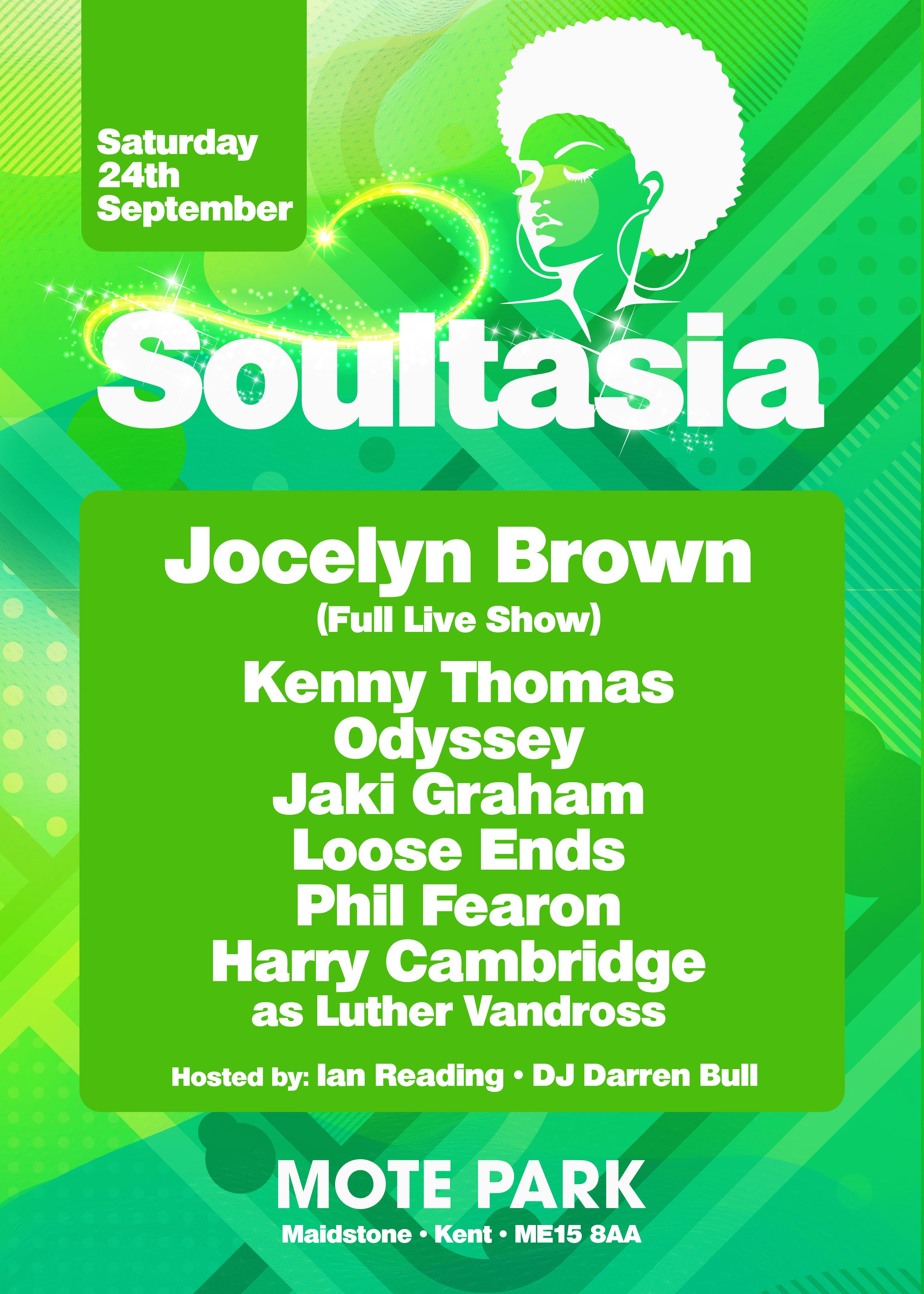 Where: Mote Park in Maidstone, Kent

Proclaimed the UK's biggest touring celebration of soul music, Soultasia rolls into the 'Garden of England' on Saturday 24th September.

Materialising on the green spaces of Kent's award-winning Mote Park, the one-day music festival will commemorate four outstanding decades of soul and disco with live performances from a host of the genre's most famous names. American singer-songwriter, Jocelyn Brown of disco-funk group, Musique, will be joined on the day by New York City disco trio, Odyssey, Kenny Thomas, Jaki Graham and Phil Fearon of Galaxy, to name a few,

More details can be found on the link below...

Planning on making a trip to the English capital this November? Maybe you're native to the city or live nearby? Whatever your circumstances, don't miss out on your chance to experience the original UKG Brunch and turn what will most likely be a cold and miserable November day into one you'll never forget.

Bringing together 90 minutes of bottomless chicken wings, fries and rum punch - vegetarian and vegan options also available - with the biggest UK garage tracks, courtesy of some of the scene's best DJs and MCs, London's UKG Brunch offers the space to fill your boots full of finger-licking food and naughty drinks before heading to the dancefloor to bust some shapes.

If you can't make it to London to sample the UKG Brunch, fear not. The brand is heading out around the country throughout the remainder of the year, stopping off in Cardiff, Leeds and Birmingham. Click or tap - HERE - for more dates. 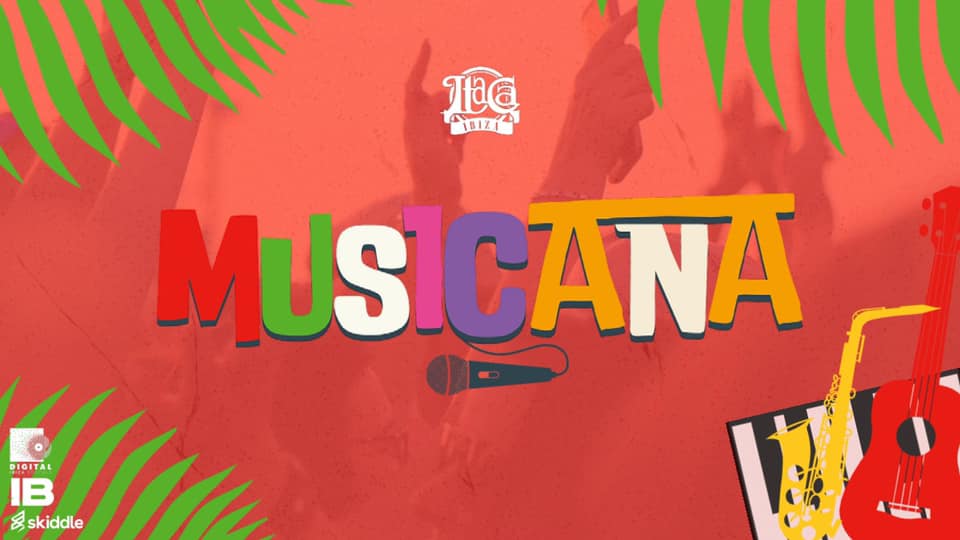 Where: Itaca in Ibiza

Another taste-bud invigorating brunch bonanza to get your juices going, this time on the stunning, distant shores of exotic lands far away...

Running alongside the first full Ibiza season since the COVID lockdown days of 2020, beachside venue, Itaca has relaunched its famed Musicana brunch events much to the delight of its many regular international patrons.

Included within the price of a 'Liquid Lunch' ticket, revellers can expect a flavourful three-course meal with bottomless drinks, covering beers, wines and prosecco, spirits, mixers and more, running for three hours. There'll also be live performances throughout the day from some of the island's best entertainers and the venue's resident DJs, providing the vibes from start to finish.

Last year's summer season saw twenty back-to-back sold-out events at Itaca. Head to the link below now and grab your tickets before it's too late. Premium and VIP ticket options are also available. 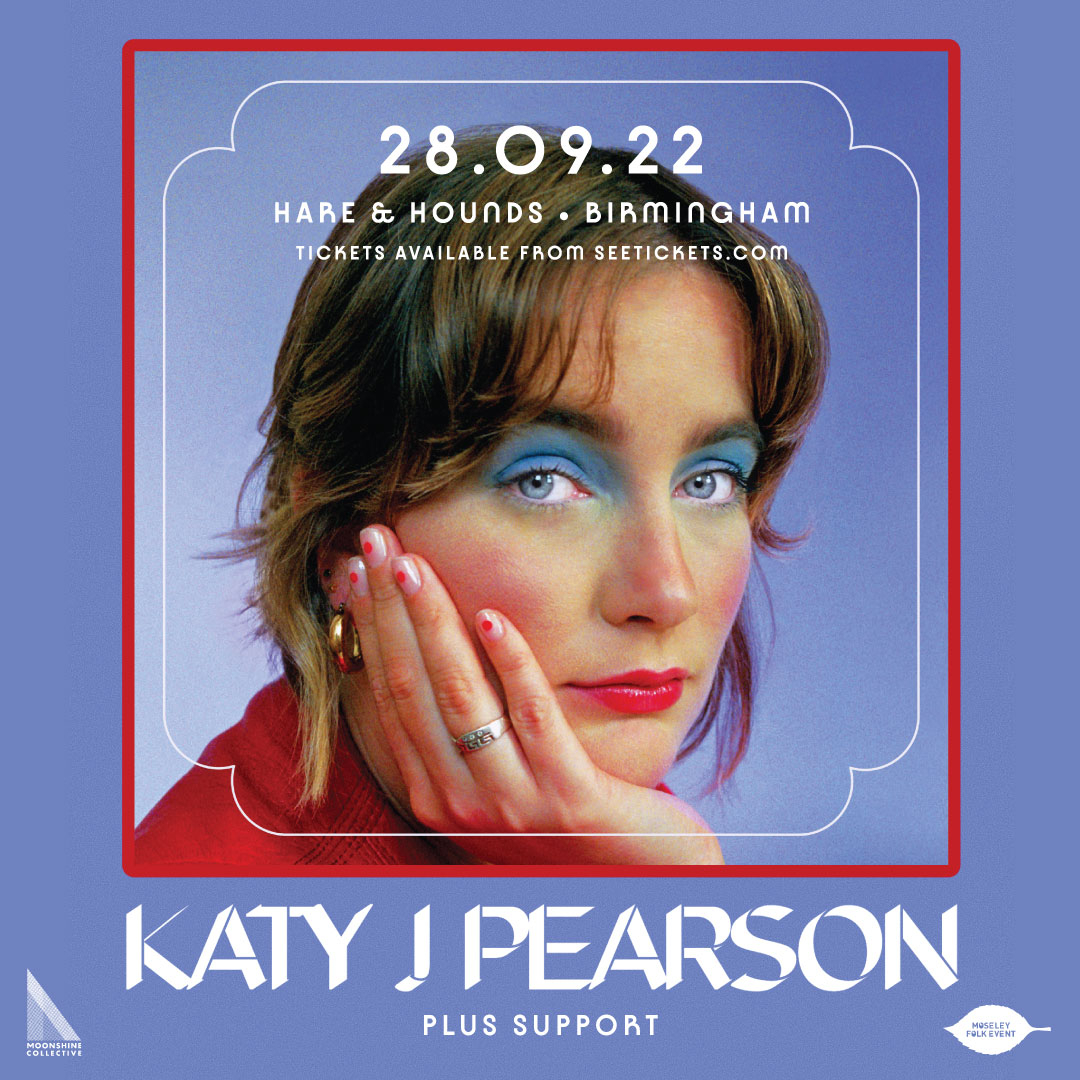 Fresh from her enchanting set at Glastonbury Festival, singer-songwriter, Katy J Pearson is heading back out on the road. Taking on huge stages at festivals the likes of Cheshire's Bluedot and Sheffield's Float Along, before arriving at The Hare and Hounds In Birmingham on Wednesday 28th September, the Bristolian is set to perform a setlist brimming with new tracks from her forthcoming sophomore LP - Sound Of the Morning.

Catch the modern-day folk star, whose vocal talents have been likened to that of Dolly Parton and recent chart-topper, Kate Bush, in a fantastic and intimate music venue, before she takes the top spot at a Glastonbury Festival in the not-so-distant future.

Ten of the Best Sets from Glastonbury 2022

Budget Your Summer: Best ways to save money for parties, festivals & more