Marko Kutlesa caught up with the drum'n'bass innovator ahead of a performance at Soundwave Festival in Croatia this summer.

It's been a year since Skiddle spoke to Bristol drum n' bass titan Roni Size. In our last interview he announced the reawakening of his Full Cycle label and, following a 2015 tour with his Mercury Music Award winning Reprazent, a new album from the group.

In the time since, Full Cycle has been slowly waking, but further plans for Reprazent, including the new album, seem to have been put on hold. This action enables Roni to celebrate the 20 year anniversary of the groundbreaking New Forms with the release of a special version of that Reprazent album and an accompanying Roni Size solo hardware show.

Marko Kutlesa caught up with Roni prior to his appearance at this year's Soundwave festival in Croatia to follow up on our last interview and ask him how his plans have changed.

You've just completed a tour of the US. How have the scene and the audiences changed over there in the time you've been going?

To be fair, I've only done three shows and I couldn't really tell because a lot of the crowd who were there were people who've been supporting me for a long time. It's definitely grown and it's not new business. The company I did it with are now 18 years old, it's not a new thing any more.

Has your approach to American audiences changed at all over that time?

No. My approach would only change according to the generation gap, not according to the territory of the audience. If there's a younger crowd then, yes, my approach might change because I wouldn't expect them to know half of the records I was popular for.

Where are you up to with the revitalised Full Cycle?

Well, we have just managed to get the first 4 or 5 releases scheduled in. We're still trying to get our heads around getting the right label management team in place to keep it consistent and getting our online presence in focus.

Have you been seeing a lot of DJ Krust in your work on that project?

No, not at all. We both have separate entities going on. We do work with each other but it's not so much like we're physically in the same place. He's constantly in the studio, working on his project. I've been in the studio working on putting out an anniversary edition of Newforms with Universal. I've also been putting things together for my own live show. But we're together in spirit, we're business partners.

When you toured with Reprazent in 2015 you debuted tracks off a forthcoming album. When Skiddle interviewed you last year you said you were expecting that album to come out at the end of summer 2016. At what stage is that project at now?

The project's pretty much finished it's just finding the right time to put it out. We toured in 2015 and so we learned the album, learned a lot about it. It still sounds great, but I'll revisit it at some point. What happened last year was that we were trying to get to grips with rejuvenating Full Cycle and I recognised that this year is 20 years of 'New Forms'. You only get one window to celebrate an anniversary like that so the first six months of this year is going to be focussed on that.

In fact I've got a meeting with Universal to discuss the release schedule for it. After all this is finished I can go back and focus on putting out the new Reprazent album. Everything's in place. I think when you have different management teams come in, they have different ideas of what to do and when. For some it may seem like a bit of a wait, but for us it's just all part of a bigger picture.

You're about to present a new hardware show celebrating 20 years of New Forms. What does that entail and why have you decided to do it in that format?

I've always wanted to push myself and I've never really had my own stand alone hardware show, no MCs, no vocalists, no backing band. I'm trying to put together a really honest and true solo live show, with some great lighting and visuals and take it on the road by myself. There are so many bands out there now who have that format, with the singer and the MC, maybe a live drummer, High Contrast is doing it, Sigma, Chase & Status.

I just wanted to put something together which was just me. I've been doing Reprazent for 20 years and I feel like that format is tried and tested now. I wanted to go out and do something different, something that was going to challenge me, keep me excited. Some of the reasons are financial too. Touring Reprazent you need thousands to set it up. This I can do a lot cheaper and take it anywhere.

Do you think you'll miss the camaraderie of the band either while you're on the road, traveling, or when you have to hit a big stage by yourself? I guess standing alone centre stage can be a different feeling to being alone in a DJ booth.

I'll always miss looking out to my right, left or front and not seeing Onallee, Dynamite, Si John there, but I'm trying to innovate, move forward. I don't want to go out and rehash something that I've been doing for 20 years just because everyone else is now doing it.

I want to do something fresh and brand new. I will be able to showcase some of the songs from New Forms that I've never been able to play live before. They might not be in their full format or live in the sense that you are with a full band, but they are tracks that so many people have wanted to hear from me when playing live that I've never actually performed. Getting on stage by yourself is always a challenge, right?

Not really. I don't think it's ever been away, but I listen to Gilles Peterson every week and he informs me. Jazz has always been a part of music. When I listen to music I listen to the production. I listen to quite a bit of indie music actually. There's so much out there.

You mentioned indie bands there. Which? What music have you been buying recently?

I don't buy music! I listen to stuff on the radio! The last record I bought was probably 15 years ago.

I come across a lot of music. Dutch Uncles, I think they're pretty special. I like Divine Comedy, I've been listening to some of the new Depeche Mode stuff. I've been listening to BadBadNotGood. Sometimes you hear music, you like it and you don't know who it is. Sometimes you just want that vision and I'm glad I don't know who it is, so I can't listen to it over and over again. Sometimes it's great to hear a piece of music and just think “That's a great record”. It's good not to know sometimes. I like that, not knowing.

You're playing at Soundwave Festival in Croatia this year. Roy Ayers, The Pharcyde, Mr Thing and Egyptian Lover are on the bill with you. Is there anyone playing that you're looking forward to seeing?

Yeah, Laura Mvula I'm looking forward to seeing. I've always been a fan of her's. It's great to share the bill with some great names. I hope what I bring to the table can offer something different, I hope it will stand out.

When you go to a festival that's in a nice setting like that or another place that's really beautiful, do you ever programme in some time off so you can stick around and check it out?

No, not at all. I'm well traveled, I've traveled the world. I've been to places I never thought I would go to. I've been in some of the most beautiful places and had to share those moments by myself, just me and my camera. I'm an adventurer. I don't even like to look at my itinerary until I get to the aeroplane.

I'll get on the aeroplane and then see where I'm going. Once you land you look around, look at the buildings, if you're lucky find out some history about the place. I was in Porto in Portugal last weekend and I thought I knew that place inside out, but I went to the docks and saw some parts that I'd never seen before. I'm quite a spontaneous guy.

When you were younger you were involved with a youth club, part of which evolved to become the Basement Project which was a studio open to the youth of Bristol. It played quite an important role for you when you were coming up. Are there things like that still happening in Bristol that young people can be involved with?

Well, the Basement project is still happening. When we won the Mercury Music Prize we gave them the prize money to make sure they could stay open. The council were about to close it down, so we stepped in and gave them £20, 000. I did a project last week that involved ten producers where we each took a group of four and did some mentoring. That was similar, but more advanced.

There are more schools and colleges now that incorporate music than before, you could even take an exam in Roni Size. There's loads going on, all over the place and I think it's great that there are, inspiring young people's minds and keeping them out of trouble, like it did for me.

Last time Skiddle interviewed you-you said we could ask a little about your family in our next encounter, so I'm going to hold you to that. Your real name is Ryan Owen Granville Williams and you are the son of Jamaican immigrants. Who were the individual parts of your name inspired by? Descendants or figures from history?

He treated me as though I was his son. His name was Owen Granville, so that's where that part came from. The Ryan is actually after Ryan O'Neal, the actor. Williams was my father's name, my mum's was Wilson. So that's my real name. My stage name, Roni Size, comes from a little bit of humour.

When we were going out to parties we would all be looking for girls and we'd look over and say what about that girl over there? We'd say “She's too short” or “She's too tall”. Now, I'm not the tallest bloke in the world, although I'm not the shortest either, but when we'd see someone who was right, she'd be “Roni Size”. So, it was all about being attracted to the right sized woman.

Upcoming Events At The Garden, Tisno

Here are the next 4 upcoming events At The Garden, Tisno 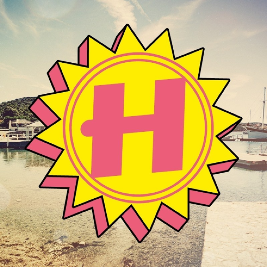