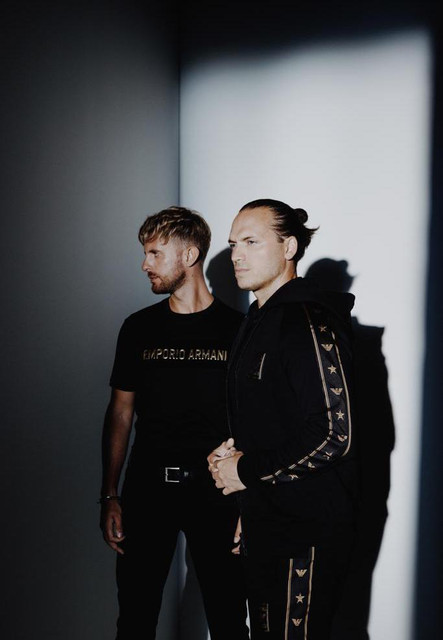 Cameron Edwards and Joe Lenzie aka Sigma, have been making their presence felt on the drum and bass scene since 2007. From early releases on labels such as Charge and Viper Recordings, to the seminal All Blue on Zincs Bingo imprint (one of DNBAs most downloaded tracks ever), the boys stepped up to the big time with serious dancefloor killers Paint It Black and the anthem El Presidente VIP.

With respect now gained with the scene as producers and highly sought after DJs, Sigma continue working to maximise their profile within the realms of D&B and beyond it. Highlights include their featured minimix for Annie Mac on Radio One, squeezing in 35 tracks in five minutes as well as remix work for artists such as Top Cat on Special Dedication, Ms Dynamite, and grime stalwart Skepta on Rescue Me (400,000 plays and counting). In amongst all the music and DJ gigs the guys found time to start their own label, Life Recordings, with debut release El Presidente VIP/ Something Special going on to be Nu-Urbans highest selling release of 2009. They were also awarded Best Breakthrough DJs at the Drum & Bass Arena awards. A great way to cap off a successful year, and more recognition of Cam and Joes hard work and dedication to their craft.

With a new decade now here Sigma are intent on leaving their indelible mark etched permanently on the scene. Kicking off 2010 with Shut The Lights Off with Adam F and hip hop legend Redman, this is followed by their debut release for Breakbeat Kaos The Stand Tall EP. Consisting of four tracks, its Sigma quality and diversity all the way through. From the dancefloor stylings of Original Sins remix of Front To Back and brain thumping anthem The Jungle to the more melodic vibes on Baltimore and the vocodered vox on Stronger, The Stand Tall EP covers all bases. Confirmation of this is shown by the fact three of the EPs four tracks feature on the Ministry of Sound compilation CD entitled Mixed. By DJ Friction, along with Paint It Black VIP. To add to all of this is the exciting collaboration with BBK head honcho and D&B legend DJ Fresh on Cylon. An unadulterated stomper of the highest order, Cylon, supported by the likes of Andy C and Goldie, is the lead track from Freshs latest long player Kryptonite.

SIGMA has been mentioned in our news coverage

Lucy Prepares to Light up Blackpool!

Here are the latest SIGMA mixes uploaded to Soundcloud.

Do you promote/manage SIGMA? Login to our free Promotion Centre to update these details.