We look ahead to July's arrival of some of the biggest names in popular music at the legendary Ibiza Rocks Hotel, Ibiza.

Since 2008, The Ibiza Rocks Hotel has been instrumental in attracting a new generation of music lovers to the island, who have the unique opportunity to watch their favourite band play under the stars, all from the comfort of their own balcony.

Well into its stride now, Ibiza Rocks has already enjoyed a fantastic start to the sweltering Ibiza season. June has seen the likes of The Vaccines, Oneman, Rizzle Kicks, Jake Bugg all grace the San Antonio Hotel to rapturous receptions.

The month of July is looking even more enticing as one of the genuine Ibiza highlights invites even more big names and world beating acts to its famous venue.

Some of the highlights for July include Professor Green on Wednesday 3rd July. The hip hop legend has released 2 incredibly well received albums, shooting him to the very top in his field. With his next installment ‘Growing up in Public’ nearing release, this will be a unique opportunity to catch the pop star performing new exclusive material as well as some of his much loved back catalogue.

Example will be putting in a number of appearances at Ibiza Rocks, starting on 5th July as part of W.A.R! Ibiza. With forthcoming performances at a whole host of festivals this year including Global Gathering, and South West Four, his sets at Ibiza Rocks Hotel are a chance to see him do his thing in one of the best holiday venues on the planet.

Wednesday 10th heralds the arrival of none other than Tinie Tempah. Since debuting with his number one album Disc-Overy in 2010, Tinie has become one of the hottest properties in popular music. Winner of MOBO’s best newcomer and later on best UK Grime act, Tinie Tempah’s career continues on the rise and his live performances remain legendary.

Radio One’s favourite DJ Zane Lowe arrives on the 17th July along with Beady Eye and Temples to throw a birthday party of epic proportions. With Zane also appearing at a tonne of festivals this year including Creamfields, Bestival, and Shakedown, this is your chance to catch the mercurial trendsetter in an intimate, up close and personal setting.

Scottish alt rock legends Biffy Clyro will be gracing the hotel venue on the 24th. The Kilmarnock born rock overlords continue to go from strength to strength, establishing themselves as one of the most respected bands in the country. No strangers to performing to sell out audiences and festival crowds of thousands at festivals like Leeds and Reading, this again is a rare chance to enjoy the Biffy experience in a relatively small setting.

Finally on the 31st, British dance music institution Chase & Status arrive with their unique brand of pop, dubstep, drum n bass and pretty much everything else. The electronic music duo have in their relatively short careers become on of the most respected outfits around, collaborating with everyone from Plan B and Cee Lo Green to Rihanna and Example. With a new album on the way, expect to hear brand spanking new material from the electronic maestros as well as some of their rave-worthy clubland smashes. 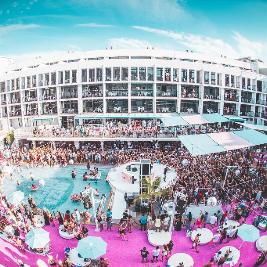