Coronavirus update: View cancelled events here
» News and Features » If you build it, they will come: The big appeal of small-town clubbing

Small town clubbing is undergoing a renaissance through a new generation of promoter looking for something different, writes Stephen Connolly

House and techno may be rooted in big city life but that hasn’t stopped provincial promoters in smaller towns from embracing the needs of ravers outside the usual urban milieu.

Two years ago, Tom Ranger threw over his London life as head of music at Oval Space and The Pickle Factory to become one of the trendy trickle of what he calls ‘DFLs’ (Down From Londons); “Although some people call us CFLs…but that’s not fit for printing,” he says of his relocation to Ramsgate on the Kentish coast. Having arrived and taken up a role as senior programming manager at Margate’s theme park-cum-music venue, Dreamland, Tom got a shock.

“I wasn’t arrogant enough to think I could come in and just transfer a load of heads-down techno from London,” he remembers. “But I did think I knew what was likely to work. So, we put on Gilles Peterson, thinking there’s a crowd for that here, but it didn’t sell out. He’s a person that people really know so I was super surprised. Then we put on Maribou State and George Fitzgerald, but again it didn’t sell out and I was flabbergasted. Those artists are good for a few thousand in London, it really opened my eyes.” 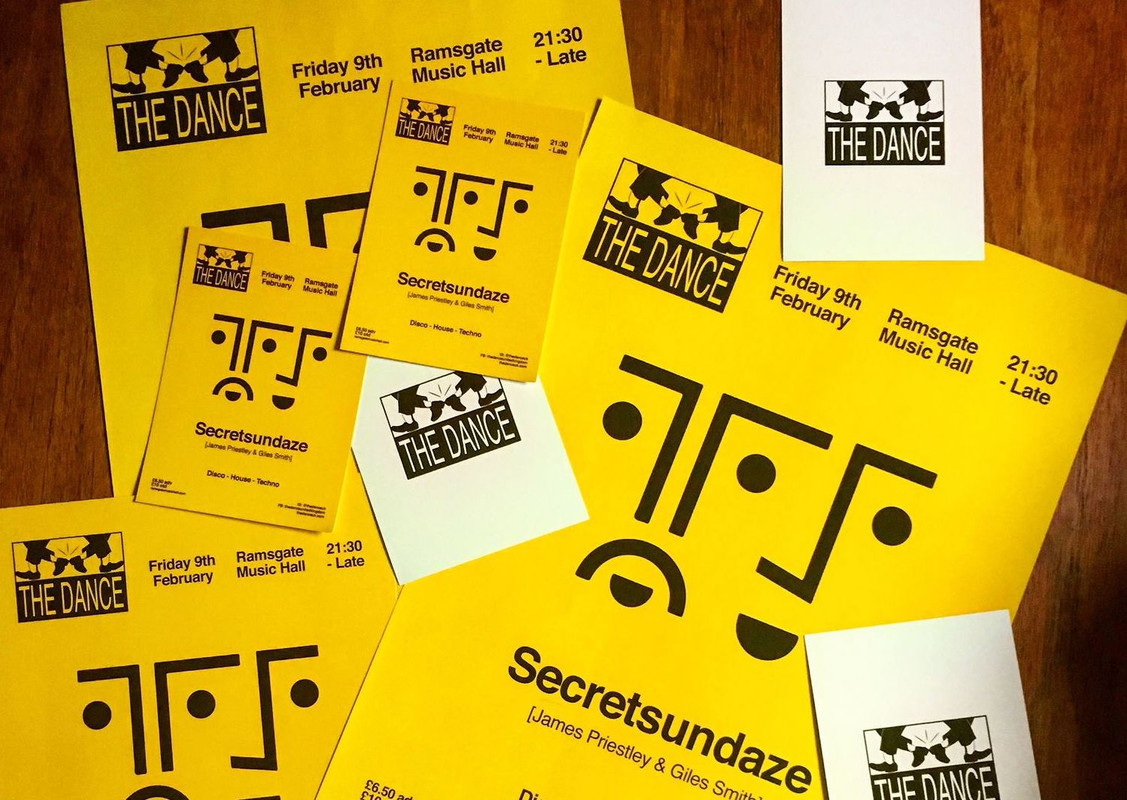 What Tom learned early on was that building an audience for credible dance music is possible anywhere, but that the process in smaller towns just isn’t the same as in cities. Learning how to negotiate what he calls the small-town mix of “tribute nights, commercial pop and crap gigs” as he went, in 2018 Tom set up The Dance, a club night at the 150-capacity Ramsgate Music Hall. Since the night’s launch party with James Priestley and Giles Smith of Secretsundaze, it has hosted artists including Daniel Avery, Andrew Weatherall and Simian Mobile Disco, each time growing a following and a hunger for the music.

He continues, “I was looking around at the scene in Kent and there wasn't really anything for me. That might sound a bit egotistical, but it made me think that there must be other people like me who don’t want to travel to London, but also don’t just want to go to local graver raves or half-arsed, shoddy nights. The first few events were good but not sold out, but then when I first booked Andrew Weatherall that sold out in two minutes and I thought ‘hang on, these people are here.’”

The historical importance of small underground scenes in provincial towns like Middleton (The Hippodrome hosted Carl Cox and Laurent Garnier) and Blackpool (Sasha was a regular visitor to Shaboo) has been marginalised within dance music in favour of city narratives around Chicago, Detroit and Manchester. As cities become ever more expensive to live and socialise in, however, small town clubbing is undergoing a renaissance through a generation of promoters like Tom Ranger and others.

For Matthew Earnshaw, founder of the Lost Control nights at Salford’s White Hotel, a chance DJ booking led to his decision to take his citified techno night for a jaunt to the countryside. “I’d been to Todmorden before because I’d been booked to play there, and I just fell in love with it,” he remembers.

“I’d been wanting to do something different from just throwing parties at the White Hotel for a while, but I didn’t want to do it in Manchester. Because I liked Todmorden and the venue, it seemed like the perfect fit. It’s not too far that people couldn’t get to it or too far that they won’t bother to go, it’s just the right distance.” 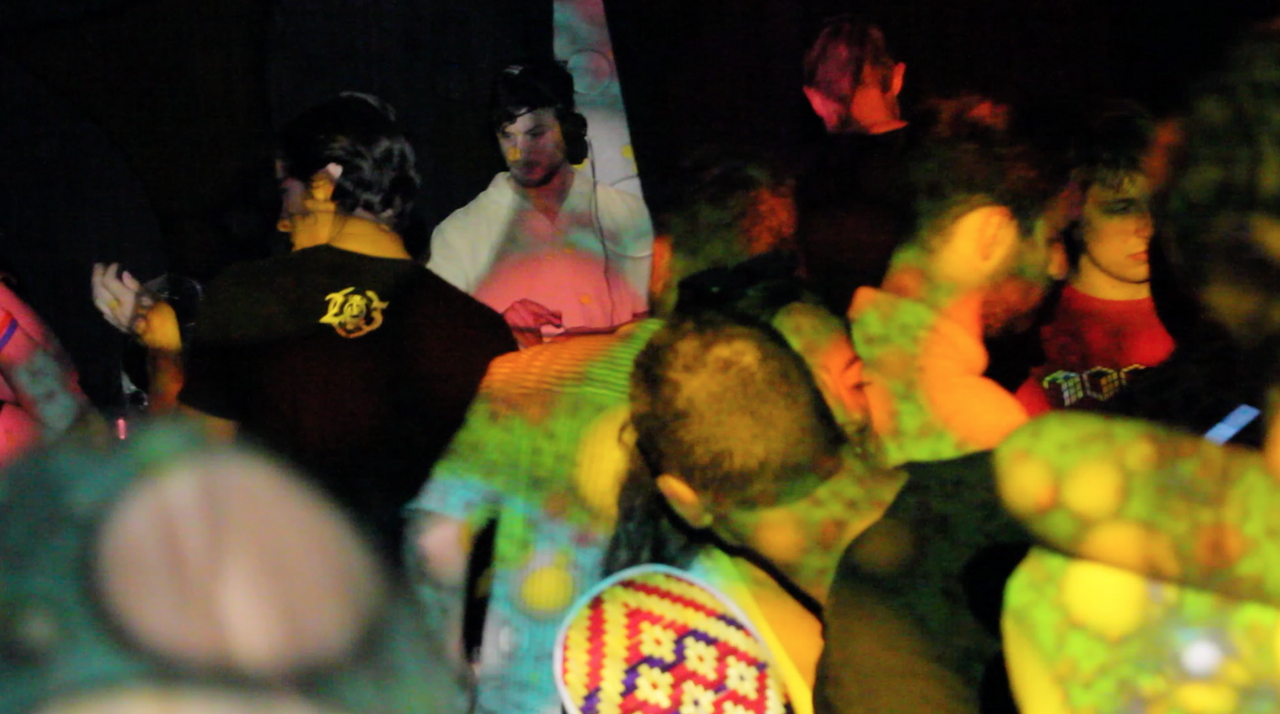 And, while it was the area which first attracted him, after finding a sympathetic venue and a local willingness to enjoy his personal love for deep techno and wigged-out electro, he’ll be returning. He says, “I didn’t see the point in going there and then just catering to what they wanted, I wanted them to see what we’re about too, that was the whole idea really and it worked. I’ve already spoken to the owner about doing it again.”

Matthew recalls that one of the defining factors in the night’s success was the way this smaller place drew in people who wouldn’t regularly attend his city-based parties and created a new kind of atmosphere. “The crowd was half our crowd and half people I didn’t know. I just loved it because every single person was a real character. One guy was a hitchhiker who was randomly passing through, so he came in and put his bag down on the dancefloor and had a boogie with us.”

When discussing the various elements that have contributed to the success of their events, both Matthew and Tom mention several things one hears repeatedly from promoters around the country; the first of which is the need to find an appropriate venue. Todmorden has a Balearic boozer called The Golden Lion (speak with anyone there long enough and you’ll hear that it was one of Weatherall’s favourites”), while Ramsgate has its Music Hall, which Tom finds, “unbelievably reminiscent of Plastic People”.

According to Josh Chin and Tom Moon of breakthrough bass culture night, SWITCH 000, Leamington Spa may be seen by some as a ghost-town with “a reputation for being boring,” but the locals were lucky enough to have The Assembly. Josh describes this “gorgeous Art Deco dancehall” as “a stunning historical venue that became a big part of our unique selling point.” For the collective of promoters around SWITCH 000, The Assembly became the ideal stage for them to grow their night over the course of six years, building on each event with progressively bigger acts including dBridge, Slimzee and Riko Dan.

Not only did The Assembly help attract thousands of students, locals and travellers from surrounding towns, but it even proved to be a spur to performers who, Tom says, “weren’t expecting it to be so grand or pack in so many people, because they’d never even heard of Leamington Spa.”

While a suitable venue helps to set the scene, however, getting people through the door on a regular basis also depends on the music, though perhaps not in the way that city ravers might expect. As Tom Ranger of The Dance found out when he moved to Kent, putting on acts like Maribou State for their popularity in London can lead to less than stellar results elsewhere. 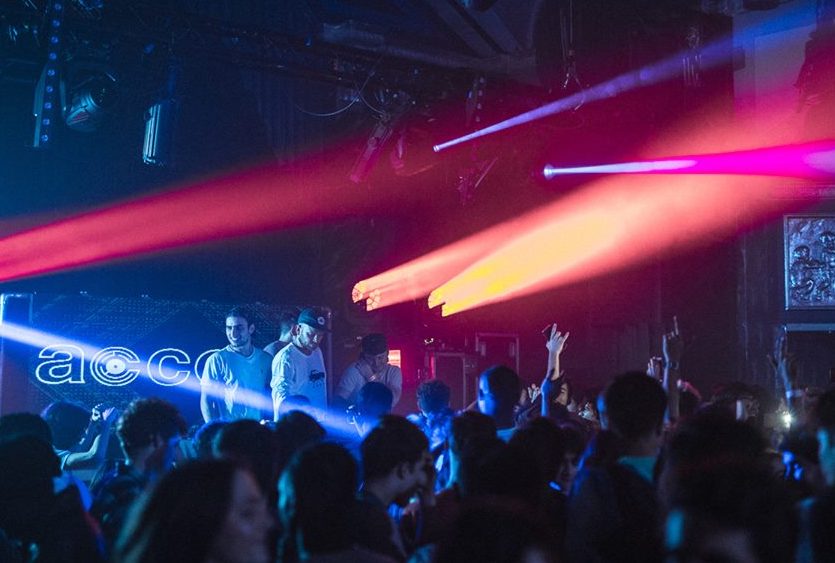 For Alex Neidhardt of Leamington Spa’s other credible alternative, Access, the key to filling the gap he and his friends spotted for underground house came from understanding exactly why people in smaller towns go out and then tailoring the music to fit that.

Alex says, “On a night out in Leamington people don’t have a lot of choice, and where one group of people go, the others will go as well, whereas in London there are so many options that people go to events specifically for the music and not necessarily for the party.” Tom in Ramsgate agrees, “People here aren’t going out for particular names, but then they also don’t just go to the pub and then think ‘oh, this night’s on, I’ll take a punt on that’.”

In contrast to say London or Liverpool, where warehouse-style bookings with big-name DJs can draw thousands of music lovers from around the country, smaller towns like Ramsgate or Leamington Spa can be more conservative. In these places, the more successful events are those who focus on using music to create an atmosphere that dancers can enjoy and return to with a hunger for more.

For the promoters of Access and The Dance then, building a receptive audience for the music they love has only happened after they’ve been able to establish a level of trust between dancers and the night itself rather than specific DJs. Alex Neidhardt again, “We had to gain the trust of the audience at first, but people love the music we play now and so regardless of the guest DJs we put on they’ll come because they know they’ll have a good night."

Building a night’s name, however, is still just the first step in gaining the attention and the confidence of local communities. In order to keep building on their momentum, the more successful scene builders out there have learned that there are still no shortcuts and that diving off into the deepest and most obscure ends of DJ bookings can fail. Access’ Alex thinks, “There’s a large part of the Leamington Spa crowd that’s still just being introduced to underground music.”

He continues, “People go crazy for funky tunes and soulful house, people like Bellaire or Demuja, for instance. Last year we had Roi Perez, which the crowd absolutely loved, whereas the year before we had a DJ who went really hard and the crowd didn’t really respond, they don’t want those extremes." 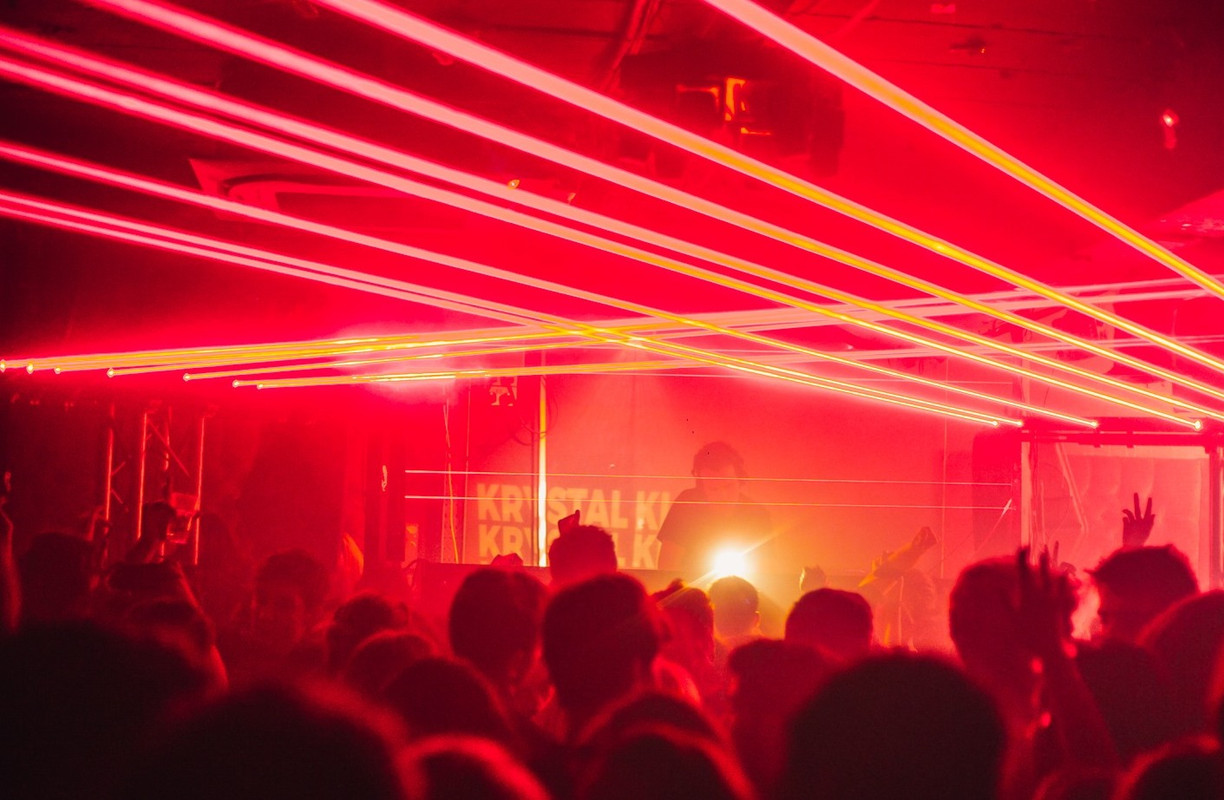 The same lesson was picked up by Alex’s bass-focused neighbours at SWITCH 000. “It was a balancing act,” says Tom Moon, “between putting on music that we loved, but which would also appeal to a wider audience. We had to find a mix of artists, some were really on the forefront and really current, but some were more accessible.”

While the mix can be a difficult one to achieve when there’s a limited pool of listeners to attract, the results of getting it right can be profoundly worthwhile thinks Tom Moon. “In smaller scenes that process is rewarding if you love the music because you’re providing the gateway for people in that town.”

In the places where one successful night has managed to bloom into something broader, it appears to be because the new-found appreciation for the music has also fed into an organisational network. After a successful run of events that sold out the 1,000-capacity Assembly, SWITCH 000’s following ensured that more UK bass nights eventually appeared.

Josh Chin says of the night which has now moved to London, “By the end there were probably four local promoters in and around the same venue. In fact, a lot of the people who have followed on from us were originally on our team but have gone on to do other things. We’re really proud of that, that we could encourage people to do it.”

For anyone considering taking the DIY plunge, there’s a salutary lesson in the experiences of these diehard music fans and willing organisers. Just because something doesn’t already exist doesn’t mean there isn’t an appreciative audience bubbling away underneath. Big money lineups will undoubtedly continue to draw clubbers into the orbit of cities, but smaller, trusted alternatives have a place too.

Ultimately, whether it’s students, locals or passing hitchhikers, people want to dance, congregate and have a good time – why shouldn’t they do it where they live too?

You can search for events in your area via Skiddle right here.