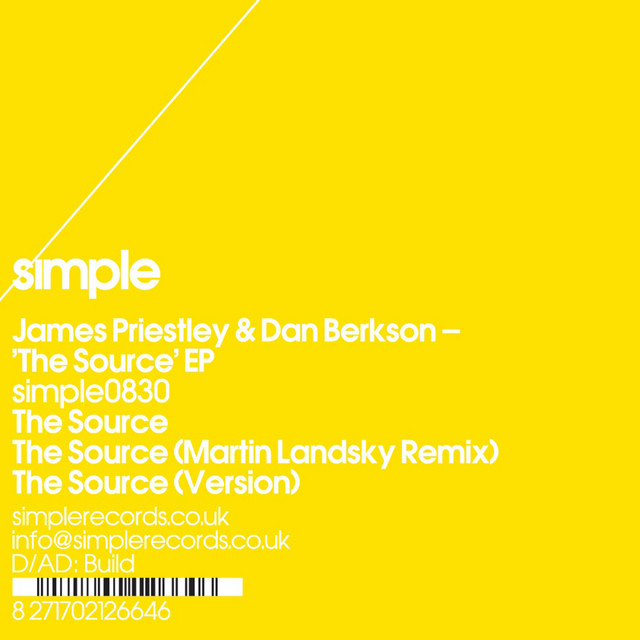 Born in September 1977, James was raised with music. Encouraged by his father, who played Jazz drums, he took-up several instruments beginning with the Piano, then the Flute but then it wasn't until he got his hands on the Alto Saxophone where he found his first love. Entering his teens, James had acquired a taste for Indie as well as 60s & 70s Psych/Rock, and picking up the guitar, formed a band at school.

Before long James discovered House, Hardcore and Jungle, making weekly trips to raves and clubs in Cambridge, London and East Anglia. It wasn't long before he started to mess around on his friends' turntables, and in 1995 managed to get his first pair of decks. It was while at university in Nottingham that James first started playing out, at the time of the more melodic, deeper side of Drum n Bass which he spearheaded locally with his 'Bassic' night, viewed by many as the 'Swerve' of the Midlands, welcoming the likes of Fabio to the club on regular occasions. He also started working in the award-winning Selectadisc record store, becoming further exposed to exciting modern dance sounds and began playing more alternative / freestyle / backroom sets.

Moving to London in 2000 he continued his work and life in music, initially again at Selectadisc, then Timewarp Distribution and subsequently at Phonica Records and Arision Recordings, where his eyes were even more opened to the new wave of House and Techno hitting our shores. Hooking up with some old friends from Cambridge he launched 'secretsundaze' in 2001. This legendary Sunday afternoon party with its colourful, cosmopolitan crowds and cutting-edge music policy soon became the talk of the town and in 2005 both Mixmag and Time Out awarded it 'Best UK Club Night'. The secret was also out in Europe, with hugely successful secretsundaze parties now taking place in Ibiza (Blue Marlin, & Gala Night) Barcelona (during Sonar) and Austria (Snowbombing). With a reputation for using risqué / off-the-cuff venues, the club has welcomed some of the world's most renowned djs & producers with the likes of Ricardo Villalobos, Carl Craig, Trevor Jackson and Steve Bug all appearing over the years. More recently, top European clubs such as Panorama Bar (Berlin) Robert Johnson (Frankfurt) & Magazzinni Generali (Milan) have all played host to rocking secretsundaze parties.

James Priestley has been mentioned in our news coverage

Here are the latest James Priestley mixes uploaded to Soundcloud.

Do you promote/manage James Priestley? Login to our free Promotion Centre to update these details.