Ahead of a rare appearance in Manchester on December 4th, we caught up with ex-Kraftwerk member Wolgang Flür to talk music hardware, J-Pop collaborations, and his debut solo album ELOQUENCE.

There's no underplaying the role Kraftwerk have had in the evolution of electronic music. As undoubtedly the most important act in the electronic revolution, Kraftwerk's pioneering influence continues to be felt far and wide, from techno right through to pop, with everyone from David Bowie to Depeche Mode, Juan Atkins to Bjork all drawing huge inspiration from Düsseldorf's electro pop vanguards.

One of the key members of the group during it's most seminal years, performing on albums Autobahn, Man Machine, Trans Europe Express and Computerworld amongst more was Wolfgang Flür, an artist who since leaving Kraftwerk in 1986 has continued to push the envelope of electronic music, veering between synth pop, tech house and electro, culminating in the release of his first solo album under his own name, ELOQUENCE earlier this month, which charts the last 13 years of his career. Stream it below.

Ahead of a rare UK performance at Manchester's AATMA on Friday 4th December, we caught up with the German electronic music figurehead to talk about music hardware, J-Pop, Krautrock and his current favourite sounds.

You've had a long history with both the use and development of electronic music hardware, can you tell us a bit about that, and talk us through your current studio setup?

In Kraftwerk we used the first available synthesizers such as the Minimoog and ARP Odyssey. For the drums we developed the world's first electric drum pads ourselves. Some years later we used a custom built 16 step music note sequencer from Matten & Wiechers.

In 1975 Ralf bought a Vaco Orchsestron in New York for natural sounding chorus and strings. Then they added the first multi-tone playable Moog synthesizer, the Polymoog. The first sampler device, an E-mu Emulator was added in 1981 and that is what I can remember before I made the decision to leave the group in 1986.

Where do you stand on the whole analogue/digital debate?

I have no reservations at all. My partner Stefan Lindlahr and I use everything that is helpful to get the right musical results. Even nature sounds are welcome. We don’t fight analogue against digital. And if a trumpet sample helps support the story I'm telling, it’s welcome. No borders in production, no borders in sound, and why should there be? We are free!

Well said. Kraftwerk's origins were in Krautrock - for those that don’t know so much about Krautrock, what did the whole movement represent, and what bands are a good starting point to discovering the sound?

I myself didn’t come from the so-called Krautrock scene - a description I never liked. I came from the pop music scene. Krautrock was something in the beginning of German experimental music, like Neu! for instance or La Düsseldorf.

In Neu! a stoic drum part was accompanied by guitars from Michael Rother, organs and other stuff. On my 1997 'Time Pie' album we did a persiflage on Krautrock with the song “Guiding Ray“. Listen to that and you can clearly hear the monotony of song and structure that is common in Krautrock.

Which artists around today do you most highly rate?

Stefan Lindlahr, my music partner. Royksopp of Norway, Andi Toma from Düsseldorf's Mouse on Mars, Lucas Krohn from Stabil Elite in Düsseldorf, Mylo from Scotland, Anni Hogan from England, Nortec Collective from Mexico, and Jack Dangers from San Francisco to name a few!

You’ll be playing at AATMA in Manchester in a couple of weeks, what can we look forward to from your set there?

I won't appear as a DJ - I'm a peculiar dance music presenter accompanied by videos, some self produced. I play dance mixes of Kraftwerk songs, dance mixes from my newly released ELOQUENCE album, and mixes from artists I'm friendly with. An assortment very attractive and in parts dramatic music.

With having such a prestigious history, does that come with a certain pressure to remain cutting edge? How do you deal with that?

I have no problems with my past and as you say “prestigious history“. Musically I developed very differently following my self-decided separation from Kraftwerk. I feel free.

I'm proud of the artists and colleagues who have collaborated with me during the last four years - it shows me that I'm not isolated from the music world. I'm open for anything that fits in with my ideas, themes and productions. I show this with the assortment of sounds in ELOQUENCE. Have a listen to that and you’ll find out.

Speaking of ELOQUENCE, there's a very cool track on there with Pizzicato Five’s singer Nomiya Maki - how did a collaboration with one of J-Pop’s leading lights come about?

I had already met Nomiya in 1997 when promoting my 'Time Pie' album in Japan - Pizzicato Five performed the final concert of their world tour in a Tokyo tower building. I was invited to an afterparty in the basement of the building with lots of Champagne and sushi.

I spoke to Nomiya a lot there and we agreed to do musical collaboration in the future. It took three years in fact. In 2000 she was on a European tour with her partner and also played in Dusseldorf’s City Hall. On a free Sunday after her brilliant concert we invited her to the Conny Plank Studio in Westerwald to sing the lyrics for 'On The Beam' in her language, in Japanese!

Nomiya had already translated the lyrics on her flight from St. Petersburg to Düsseldorf. The song developed very much to my taste. Nomiya did her own version of 'On The Beam' on her album 'Party People' with the song title 'Yamate Line'. Nomiya is a very charismatic lady, very fashionable and sweet. I nearly fell in love with her... if I only was some years younger!

Haha! Which one record of yours would you say still holds a particularly special place in your heart, and why?

If you mean of my own records it would be 'Aurora Borealis' from 'Time Pie' album. Why? Because it sounds so mysterious and cold outside, just like in the polar circle.

But if you mean general recording it would be 'Trans Europe Express' because of the main political theme, it's romantic melodies, technical sounds and arrangements. In my view the best Kraftwerk album ever.

What does the future look like for you? What have you got coming up that you’re excited about?

Over the last few years I have been travelling a lot throughout the world. That’s why my graphic designer Markus Luigs had the idea of including my golden Halliburton suit case on the cover artwork of my ELOQUENCE album. Without travelling I would not have met so many new music colleagues in the world.

Some very interesting and different works resulted from such meetings and this is what I call my future: Collaboration. Collaboration of any kind and style. I wish to continue with this and think already for the next album with this title - COLLABORATIONS. My future...

Catch Wolfgang Flür in action at AATMA in Manchester on December 4th.

More like this? Head here for all the latest Live Music news.

Interview: DJ Fresh on his return to music with single 'Dancing in the Dark'

Here are the next 4 upcoming events At Aatma, Manchester 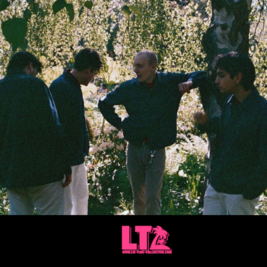 LoTide Collective bring you their debut showcase within the city of Manchester featuring Tigers & Fl... 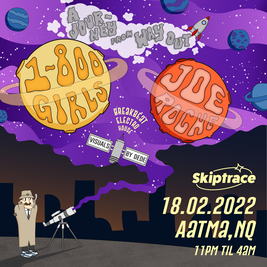 Skiptrace: A Journey From Way Out

Skiptrace: A Journey From Way Out 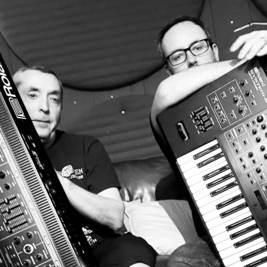 Dohnavùr - The Flow Across Borders Live

Dohnavùr - The Flow Across Borders Live

Scottish electronica duo Dohnavùr embark on their first headline UK tour in support of their latest...