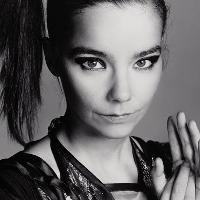 Skiddle is an official ticket outlet of Bluedot 2022. Get Bluedot Festival tickets, news and information with Skiddle.com

She is known for including elements of rock, jazz, electronic, classical, industrial, folk and trip-hop music in her work. Her voice has also been acclaimed for its distinctive qualities. She is also known for her eccentric costumes and music videos. Her singles “It’s Oh So Quiet”, “Army of Me” and “Hyperballad” all charted in the UK Top 10.

Her record label, One Little Indian, reported in 2003 that she had sold more than 15 million albums worldwide. She has been nominated for 13 Grammy Awards, an Academy Award and two Golden Globe Awards (including one for acting). For her performance in Dancer in the Dark, BjÃ¶rk won the Best Actress Award at the 2000 Cannes Film Festival. She was ranked #36 on VH1’s “The 100 Greatest Women in Rock and Roll” and #8 on MTV’s “22 Greatest Voices in Music”.

BjÃ¶rk was born and raised in ReykjavÃ­k, Iceland. Her musical career began when she was eleven with her study of classical piano in elementary school. One of her instructors sent a recording of BjÃ¶rk singing Tina Charles’ song I Love To Love to RÃšV, then the only radio station in Iceland. The recording was broadcast on national radio - after hearing it, a representative of the FÃ¡lkinn label contacted GuÃ°mundsdÃ³ttir, to offer a record contract, and BjÃ¶rk was recorded and released in 1977. In November 1979, her eponymous first album was released; the record contained covers of several pop songs, including the The Fool on the Hill and boasted artwork from her mother and guitar work from her stepfather. BjÃ¶rk became a hit within Iceland and was not released in any other country.

BjÃ¶rk’s musical tastes were changed by the punk revolution of the late ’70s; in 1979, she formed a post-punk group called Exodus and, in the following year, she sang in Jam 80.

In her teens, BjÃ¶rk was influenced by punk; at 14 she formed the all-girl punk band Spit and Snot, shortly followed by the jazz fusion group, Exodus in 1979. In 1980 she graduated from music school. In 1981 she and bassist Jakob MagnÃºsson formed another band called Jam-80, which later became Tappi TÃ­karrass (which means “Cork the Bitch’s Ass” in Icelandic), and released an extended single, ”BÃ­tiÃ° Fast Ã­ VÃ­tiÃ° in the same year. Their next album, Miranda, was released in 1983.

Bjork has been mentioned in our news coverage

Here are the latest Bjork mixes uploaded to Soundcloud.

Do you promote/manage Bjork? Login to our free Promotion Centre to update these details.