We speak to the organisers ahead of this weekend's huge 20,000 capacity rave in Edinburgh.

Titled The Reckoning, it will be the largest Halloween rave Scotland has ever seen with the Terminal V team adding a huge new hangar-style space, increasing overall capacity to a whopping 20,000.

We are now introducing our 'Arrivals Stage' in connection with @skiddle, showcasing upcoming artist including:

Ahead of the event we caught up with its organisers Derek Martin and Simon McGrath...

How do you go about putting on such a massive event – how much preparation does it take?

"A lot of planning and a strong team around you. It takes everyone on the team doing their part to the best of their ability to make it all possible. Terminal V planning is an ongoing process as we run every six months so it literally never stops. Booking artists a year sometimes ahead is the norm!"

What makes the venue – the Royal Highland Centre - such a great place for a massive rave?

"As with anywhere it is what you make of it. For us this comes down to our massive creative and production team making it more as if you are walking into the world of Terminal. As time has progressed we have had more time to really evolve the creative and are only starting to get to the stage we’ve wanted to be at, but even with this you always want to improve and develop it further and focus on even more intricate parts which there maybe wasn’t time and budget for previously."

Having grown bigger and bigger since the first edition in 2017, what are you doing to make this the biggest Terminal V yet?

"With this Terminal V one of the main differences is the introduction of the Hangar space which is basically doubling the inside capacity we have available to us and that’s not taking into account our outdoor space. The site is incredible now for a winter music festival.

We’ve made the jump to contactless payments for this event which was a hard jump to previously take being a one day festival but this will improve the service times and bars etc and cut down queueing for customers so they can spend more time enjoying the event."

This is the biggest line-up Scotland has seen in two decades - how did you go about picking the artists and what do you hope the day will represent music wise?

"Artist selection always takes a lot of time and we both bounce a lot of ideas between us both until we start getting to the main framework of the line-up we are after and then start building from that. Terminal V has always been centred around Area V which is techno through and through so this always has high importance in initial stage plans, then the Terminal which brings through a more house-y element.

The vast line-up of great acts cover everything from House to Techno with a few experimental more leftfield acts in there too. Offering something for an avid electronic music follower from the likes of legends like Laurent Garnier, Luciano and Mark Archer to the latest acts emerging such as Fjakk and Michael Bibi. It’s diverse yet programmed with attention to detail and 25 year background emerged in electronic music for each of us."

This year Sneaky Pete's are hosting a stage - how did that collaboration come about and what do you hope it represents, by having artists like Mor Elian, Ida and Minimal Violence?

"We have worked with Nick (from Sneaky Petes) over the last three Terminal Vs and have always been big fans of what he and the Sneaky Pete’s team does as a venue and what it offers to Edinburgh, so it’s a great partner to have on board.

The Sneaky’s Pirate Radio Stage definitely others something edgier that isn’t covered at Terminal V’s bigger stages, in a cool and more intimate setting in comparison to the big room type stages and the blend of acts from Minimal Violence to IDA to Altern 8 really gives the stage it’s a strong individual identity, much like Sneaky Petes as a venue." 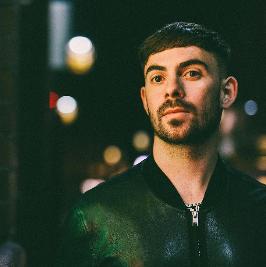 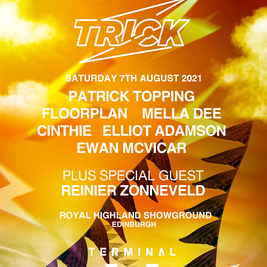 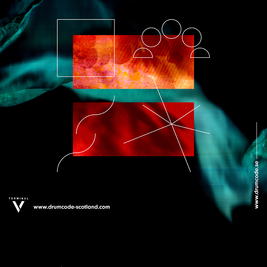 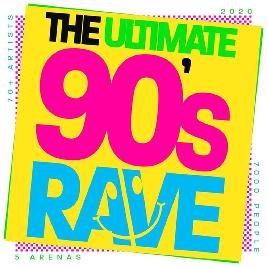