Our weekly new events roundup, shining the spotlight on ten of the best gigs, raves and festivals with tickets now on sale

Yes, yes, oh yay. It's only blummin' Friday, and that means it's time to share our top ten pick of some of the best new events in our weekly New On Skiddle roundup. Smashing!

Take a scroll through this week's impressive lineup - featuring epic dance events with lofty names the likes of Patrick Topping, Alan Fitzpatrick, Sub focus and Holy Goof, as well as brand new music festivals in the Scottish Highlands, and gigs from emerging rock n roll stars such as Merseyside quartet, The Mysterines.

Delivering the goods as per usual, we guarantee you'll be blown away by this week's amazing selections. Just click or tap on the links provided for tickets and more...

Where: The Liquidroom Warehouse in Edinburgh

Renowned curators of wild techno events, Nightvision return to The Liquidroom Warehouse in Edinburgh at the end of the month, throwing a frightening Halloween special with a mind-blowing lineup of electronic music icons.

Warmup responsibilities fall to Nightvision legend, Stephen Brown. A proficient master of his trade, expect to witness a heavy opening set stocked with the finest selections.

Where: O2 Academy Leeds in Leeds

Sub Focus, Holy Goof, TS7 and Benny L are just a few of the noteworthy names revellers can expect to hear from at the forthcoming Detonate Halloween party at Leeds O2 Academy.

Promising seven HUGE hours of music - running from 10 pm until the sun rises at 5 am - those planning to attend should fully prepare themselves for a bone-rattling evening of music, boasting some of the biggest anthems in bassline and drum n bass, blasted through the venues mega in-house PA.

Easily one of the city's biggest Halloween parties, this is one you can't afford to miss. Tickets on sale below...

Where: FOLD in London

Figurehead of Dutch techno, Bas Mooy brings his internationally revered imprint, MORD back to the English capital this December for a rave like no other...

Set once again to lift the lid off of Canning Town's state-of-the-art rave space, FOLD, the greatly admired label boss, DJ and producer will headline a sixteen-hour, that's right, SIXTEEN HOUR, special extended edition with additional performances from a roster of highly regarded guest and residents.

Where: Utilita Arena in Newcastle Upon Tyne

Dance music champion of north, Partick Topping has teamed up with Shindig events to bring a handful of the best selectors, mixmasters and creators in the techno scene to Newcastle's Utilita Arena on Saturday 27th November.

Tickets are understandably flying out for this one! Don't wait - Secure yours now by following the link provided below... 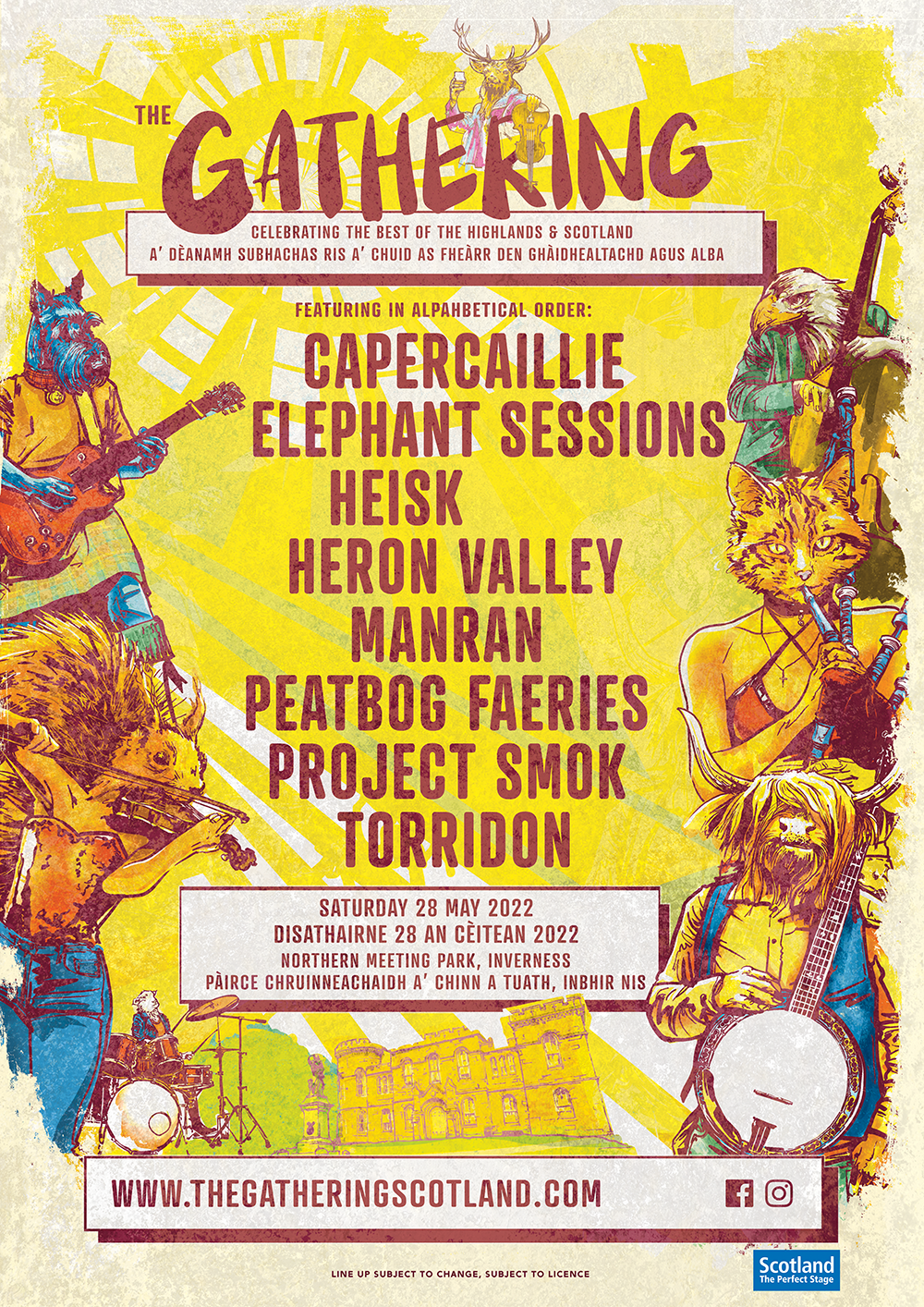 A brand-new music festival lands in Inverness next May, commandeering the green grounds of the city's Northern Meeting Park - The Gathering 2022.

The high-octane, one-day event - scheduled to take place on Saturday 28th May 2022 - will celebrate a long list of talented local performers and groups, all of whom represent the Scottish Highlands. Amongst those confirmed to walk out on stage in front of thousands of die-hard Celtic music fans are the likes of psychedelic bagpipe players, the Peatbog Faeries, Elephant Sessions, Manran and Tartan folk-rockers, Torridon.

Day tickets and family tickets are now available to purchase, and there's good news if you've got wee bairns in your clan. Kids aged under the age of five get in for free!

Find tickets for The Gathering 2022 - here

90s Baby Pop | The Biggest Pop Show of The Decade

Where: MK Arena At Planet Ice in Milton Keynes

Fans of 90s pop music rejoice! 90s Baby is coming to the MK Arena in Milton Keynes this November!

Proclaiming the biggest live pop show of the decade, with over fourteen of the biggest chart-topping names from the golden era set to perform, those who we're obsessed with hits the likes of 'Mysterious Girl', 'Keep on Movin' and 'Whole Again' have a lot to get excited about...

Relive your youth and sing along to some of your favourite pop bangers at 90s Baby Pop - The Biggest Pop Show of The Decade next month! Tickets now on sale below...

Where: Victoria Park Southport in Southport

Have you ever wished you could go back in time to see musical greats the likes of David Bowie and The Beatles? Maybe you're a Rolling Stones fan who's been unlucky in securing tickets for one of their recent sell-out shows (Seriously, they're harder to come by than gold)... Well, here's an alternative that'll satisfy your needs and leave you with plenty of wonga left over - the Look-A-Like outdoor tribute festival.

Experience your all-time favourite records from all your time favourite bands and artists, respectfully and expertly covered by some of the most amazing tribute acts the UK has to offer! Hear music from groups such as Fleetwood Bac, The Bootleg Beatles, Majesty Queen and ABBA Mania to name a few.

An all-day-long, musical adventure in nostalgia fit for the whole family!

Where: SWG3 in Glasgow | Digital in Newcastle |O2 Institute Birmingham

Award-winning TV personality, chef, writer and fashionista, Gok Wan MBE is planning to take his 'Isolation Nation' show on tour of the UK in the spring of 2022, following a massive sold-out show in London this year.

The multi-talented forty-seven-year-old recently began his foray into music, motivated by his love for upbeat and soulful house music, releasing an energetic reworking of '90s club classic, Baby D's 'Let Me Be Your Fantasy'. The track, which features the familiar vocals of Kele Le Roc, hit the top spot on the main Apple Music chart just forty-eight hours after its release.

Catch Gok spinning a mix of disco beats and 90s bangers in Glasgow, Newcastle or Birmingham next year! Get your tickets now below...

The Kings of Amapiano UK tour

Where: Bowlers Exhibition Centre in Manchester | The Mill in Birmingham | Night Tales in London

Rolling into a city near you this December, brought to you by Pie Radio and Indulge Group, The Kings of Amapiano UK Tour will showcase a host of world-dominating talents and emerging names championing a brand new afro-house sound.

Those of you unaware of Amapiano, take note. The genre, which has roots in the townships of South Africa and is relatively new to audiences in western cultures, brings a new flavour to a thriving, global house music scene. A fusion of elements such as lounge, soul and New York house, the end product is emotive and laidback, and yet still carries the energy and pace to make you want to move your feet.

Witness a selection of Amapiano trailblazers, the likes of Boohle and Busta 929, to name a few, throwing it down at Manchester's Bowlers Exhibition Centre, The Mill in Birmingham or London's Night Tales. Tickets now available via the link below.

Find tickets for The Kings of Amapiano UK tour - here

The Mysterines live in Liverpool 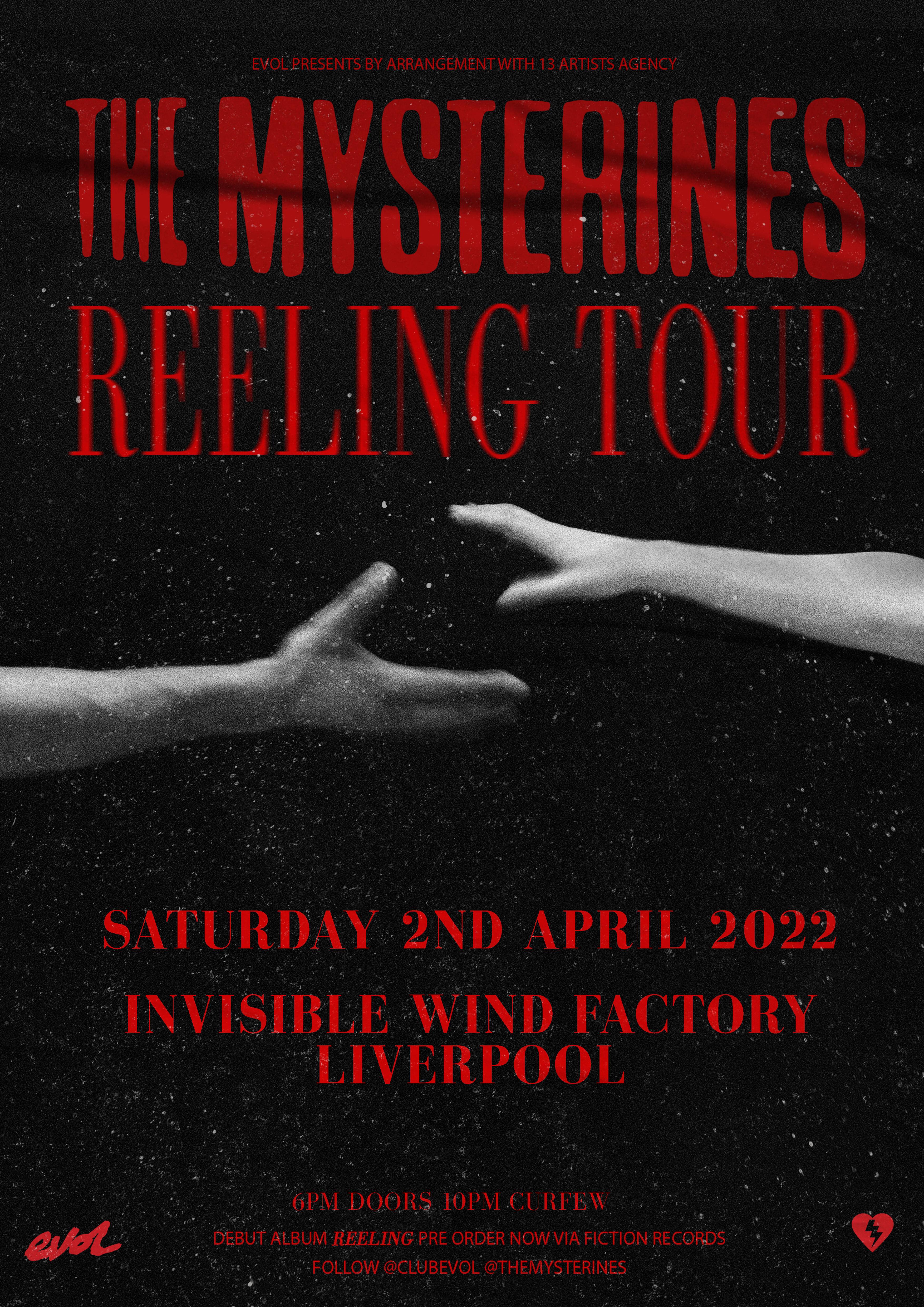 Committed to bringing the best in live music to Liverpool, event collective EVOL have recently announced another massive show to add to their extensive roster of upcoming gigs.

Performing at one of the city's most frequented live music spots, Merseyside favourites The Mysterines will make a stop at the Invisible Wind Factory on Saturday 2nd April next year, as part of their forthcoming 'REELING' UK tour.

Born and bred in the Wirral, the band was initially formed by vocalist, Lia Metcalfe and bass player, George Favanger, with later additions Paul Crilly on drums and Callum Thompson on guitar rounding out the group. Writing and performing an infectious blend of classic rock and energetic punk, The Mysterines have found favour with alternative music fans and have secured support slots with established acts the likes of The Amazons and Royal Blood.

Watch them playing their debut album, Reeling in full at the Invisible Wind Factory in 2022.

Find tickets for The Mysterines live in Liverpool - here

Not quite found what you're looking for and in desperate need of some entertainment? Worry not, dear friends. We've got your back...

Head over to our What's On Guide, check out our many Inspire Me collections or skim through some of the fantastic lifestyle events on our Things To Do page. With something exciting to suit all needs, you'll never be bored again.