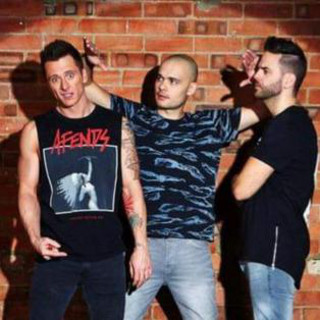 1. Five (formerly styled 5ive) were a British boy band formed in 1997, created by the two men who had created the Spice Girls - Bob and Chris Herbert. The five lads - Richard 'Abs' Breen, Jason 'J' Brown, Ritchie Neville, Scott Robinson and Sean Conlon - were the five members picked from over 3,000 hopefuls at auditions in early 1997. They went on to have ten top 10 hits in the UK and three number 1's, and enjoyed marginal success worldwide, particularly in parts of Europe and in Australia. Five disbanded on 27 September 2001.

In 1997, an advertisement was placed in the UK performing arts newspaper The Stage, asking for young male singers/dancers to audition for a boy band-style group with "attitude and edge". Bob and Chris Herbert, the two men who had earlier created the Spice Girls, thought the time was right for a male group. Three thousand hopefuls auditioned and they were finally narrowed down to only fourteen, five of whom had arranged themselves into a group while waiting for their audition and subsequently were signed with BMG/RCA for a six-album deal.

Five has been mentioned in our news coverage

An Evening with Tom Hingley

Below is a sample playlists for Five taken from spotify.

Do you promote/manage Five? Login to our free Promotion Centre to update these details.