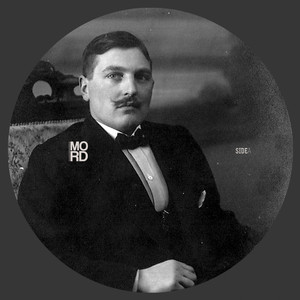 UVB is the pseudonym of the French DJ and producer Sébastien Michel. He grew up with the passion for music and focused his attention on electronic music from 2009 when he first decided to start producing .

In the meantime, he started experimenting on different musical styles with his studio partner Jean Redondo under the « Daxyl » alias where he shaped his taste for raw and hard tones.

UVB concentrated on his techno project from 2013 when he started developing his own version of a live which was a set only composed of his own productions, and played it at clubs in Berlin (Urban Spree, Tresor).

In 2014, he released is first EP on the Rotterdam based label MORD, followed by the double pack « Second Life » that have both been supported by some of the biggest names of the Techno scene such as Surgeon, Marcel Dettmann, Tommy Four Seven..

The year 2015 marked an important progress on both DJ and production sides. He decided to be dedicated full-time on producing music and performing as a DJ and started touring Europe; Asia and South America, playing in the finest techno institutions. ( Berghain, Factory 010, Concrete..) He kept on producing and released one more EP on Fracture soon to be followed by his first LP « Life » on MORD records at the end of the year.

As for now, UVB is working on new music in preparation for the launch of his own label « Body Theory » and delivers his own vision of Techno through the numerous dj gigs he is playing around the world.

UVB has been mentioned in our news coverage

Below is a sample playlists for UVB taken from spotify.

Do you promote/manage UVB? Login to our free Promotion Centre to update these details.