The end of summer is nigh and yet it already feels like we're well into the autumn... Menacing clouds have replaced the once clear blue skies and the rain looks likely to stick around. BIG sigh. But when has the predictable English weather ever stopped us Brit's from heading out to see live music? Answer - Never!

So unwavering is our passion for music - be it hard-dance, smooth jazz or heavy metal - that we'll literally face all of the elements just to see our favourite artists! All the while displaying the biggest of smiles and exuding the happiest of vibes! It's what we do best!

To the unexpected downpours, the galeforce winds and the waterlogged fields at festivals UK wide, we say jog on! It's time to grab your wellies, your brollies and your gore-tex gear, and start securing your place at one of the many excellent upcoming live events with tickets on sale with Skiddle.

Check out the best and most recently added events on this week's New On Skiddle, below. Whatever it is you're into, there's bound to be something here that'll tickle your pickle.

(Click or tap on the event, artist and venue names below for tickets and more...) 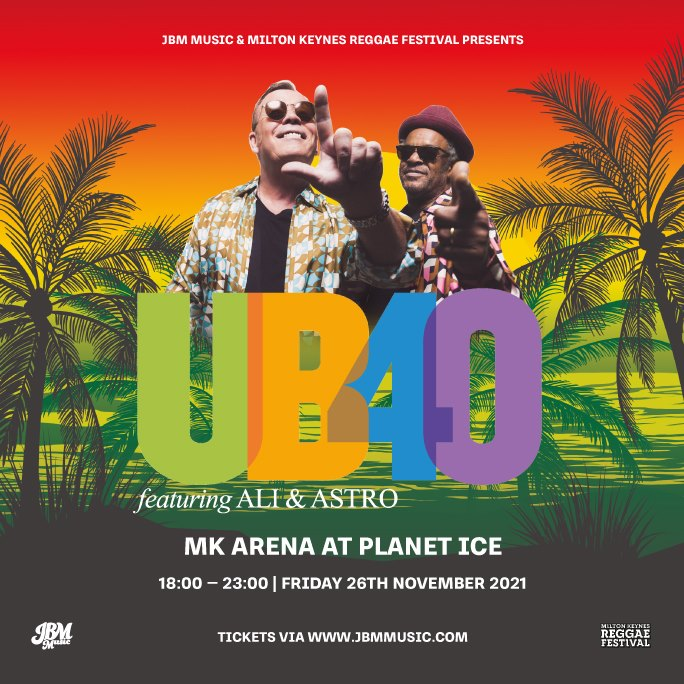 Where: MK Arena At Planet Ice in Milton Keynes

Formed back in 1978, UK soul and reggae outfit UB40 have sold over 70 million records worldwide. Featuring original members Ali Campbell and Astro, the group will bring their unique live stage show to Milton Keynes MK Arena this November for a special one-off performance, brought to you by JBM and the organisers of the Milton Keynes Reggae Festival.

Boasting huge hits the likes of Red Red Wine, Kingston Town and many more, you'd be mad not to get your tickets now! 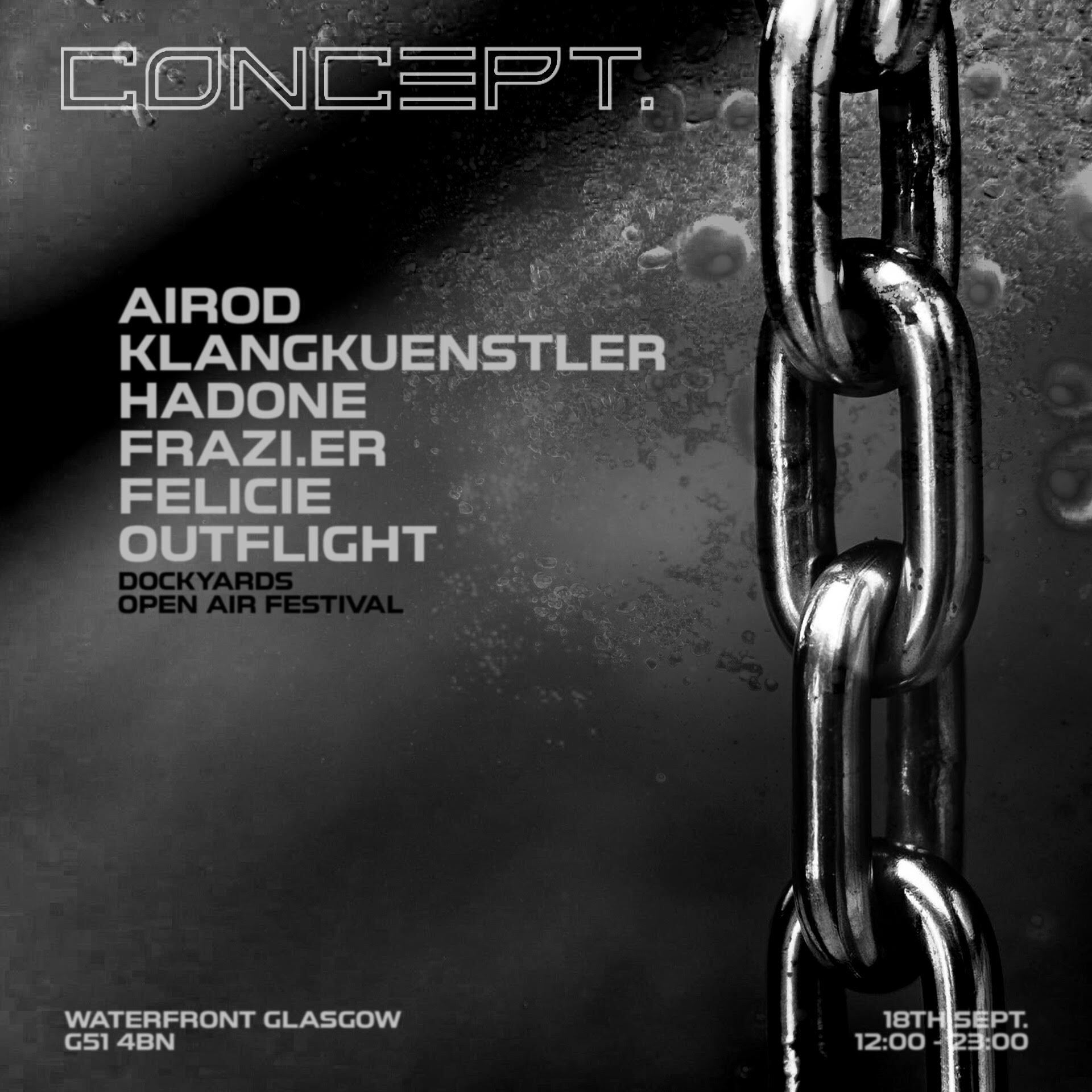 Where: BRAEHEAD WATERFRONT in Glasgow

Concept. is a brand new open-air dance music festival taking place on the banks of Glasgow's iconic arts and culture waterfront, on Saturday 18th September. This year's lineup promises to be one of the most progressive the city will witness over the remainder of the year, launching new talent and putting well-known names under the spotlight for the first time. 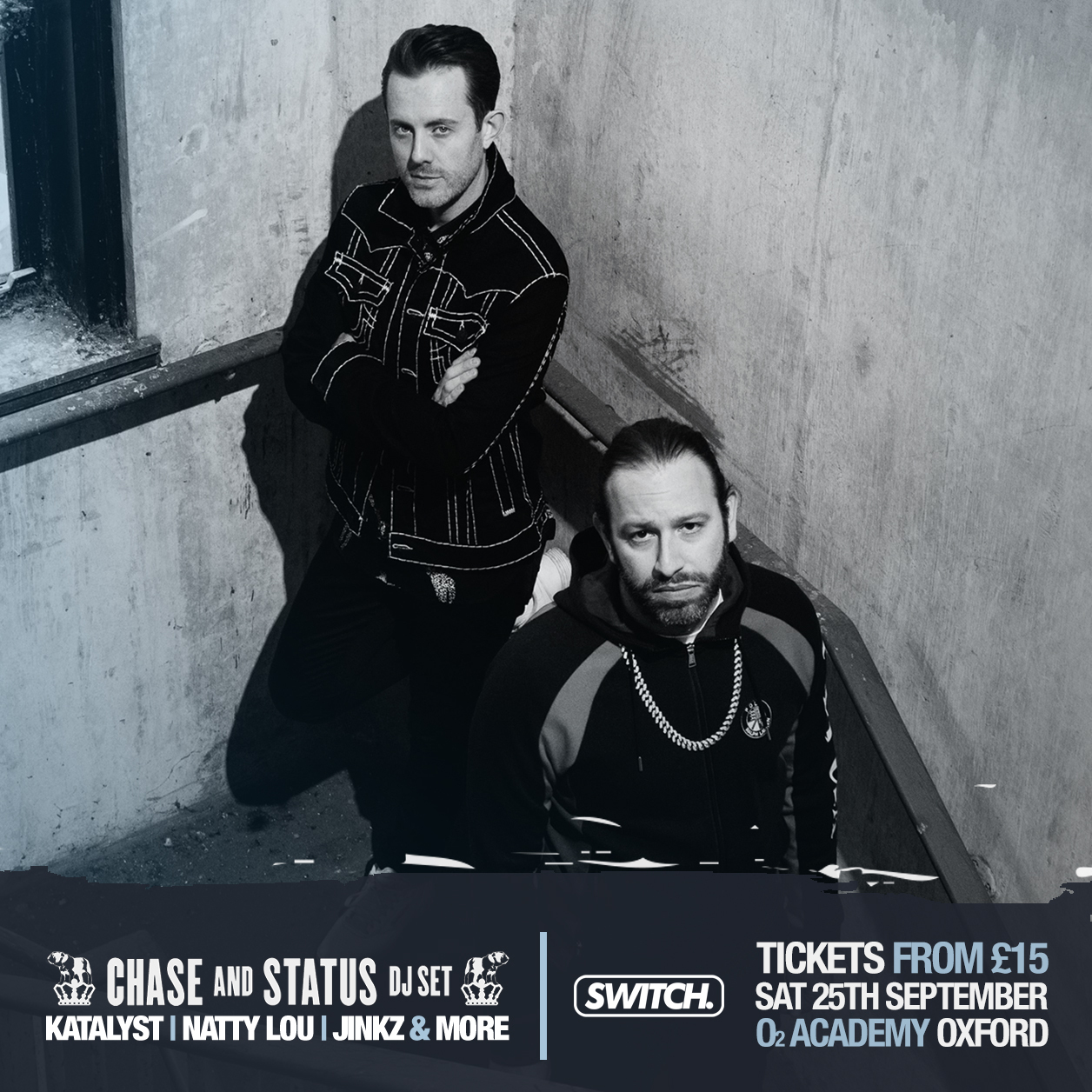 Where: O2 Academy Oxford in Oxford

Renowned party-starters and upholders of the rave scene in the South since 2013, Switch know a thing or two about putting on a proper show. To prove the point, they recently announced an epic live event at the O2 Academy in Oxford with one of the biggest drum n bass acts in the world - Chase & Status.

Join them on Saturday 25th September and skank to some of the duo's biggest bangers, including 'Blind Faith' and 'End Credits'. More artists are yet to be announced.

From his genre-defining studio mixes to his sheer stamina as a DJ, few can claim to have left as big an impression on the electronic music scene as Andy C. Alongside a stellar career with Ram Records and the creation of both RAM FM and RAMzine, he has fast become the producer-turned-mogul to beat.

Bringing his internationally acclaimed talents to the O2 Academy in Bournemouth this October, Andy C will join a monster lineup to lend a hand in reinitiating popular drum n bass event brand, Bedlam.

Don't miss your chance to see the don of D'n'B performing live in one of the UK's first-ever rave venues! 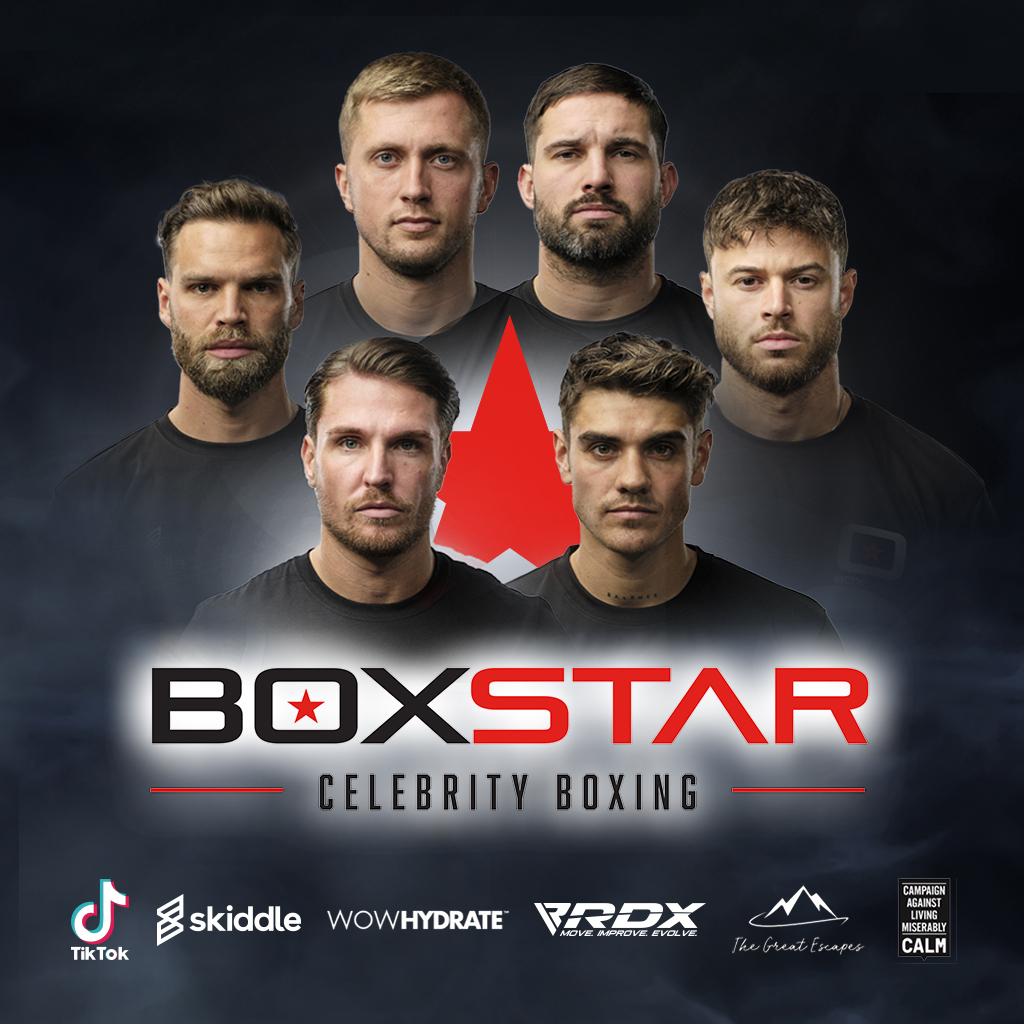 Where: AO Arena in Manchester

Boxstar is the ultimate celebrity boxing experience, bringing together the biggest names in the world of boxing and entertainment, to give you a once-in-a-lifetime encounter that will live forever in your memory.

Going toe-to-toe in the boxing ring and aiming to knock out their opponents, in the name of charity, at Manchester's AO Arena this October, are the likes of DJ Tom Zanetti, Love Islander, Luke Mabbott, Simon Webbe of boyband Blue, Real Housewives actress, Rachel Lugo and many more.

The evening's proceedings will be overseen by legend of the ring, American boxing announcer and the man who coined the phrase, 'let's get ready to rumble' - Michael Buffer.

Where: Signal in Sheffield

There's a new event team in town, and they mean business...

Launching with a party of epic proportions, Send It Events have confirmed a serious lineup with a huge headline name for their first-ever outing. Taking to the stage on Friday 27th August, much to the delight of those with tickets, dynamic Manchester trio Mason Collective will supply their signature high energy show alongside supporting names such as Bloc, J Hunter, 2 Creative and Reece Dickinson.

A lethal combination of dance floor destroying artists - do not sleep on your getting tickets! 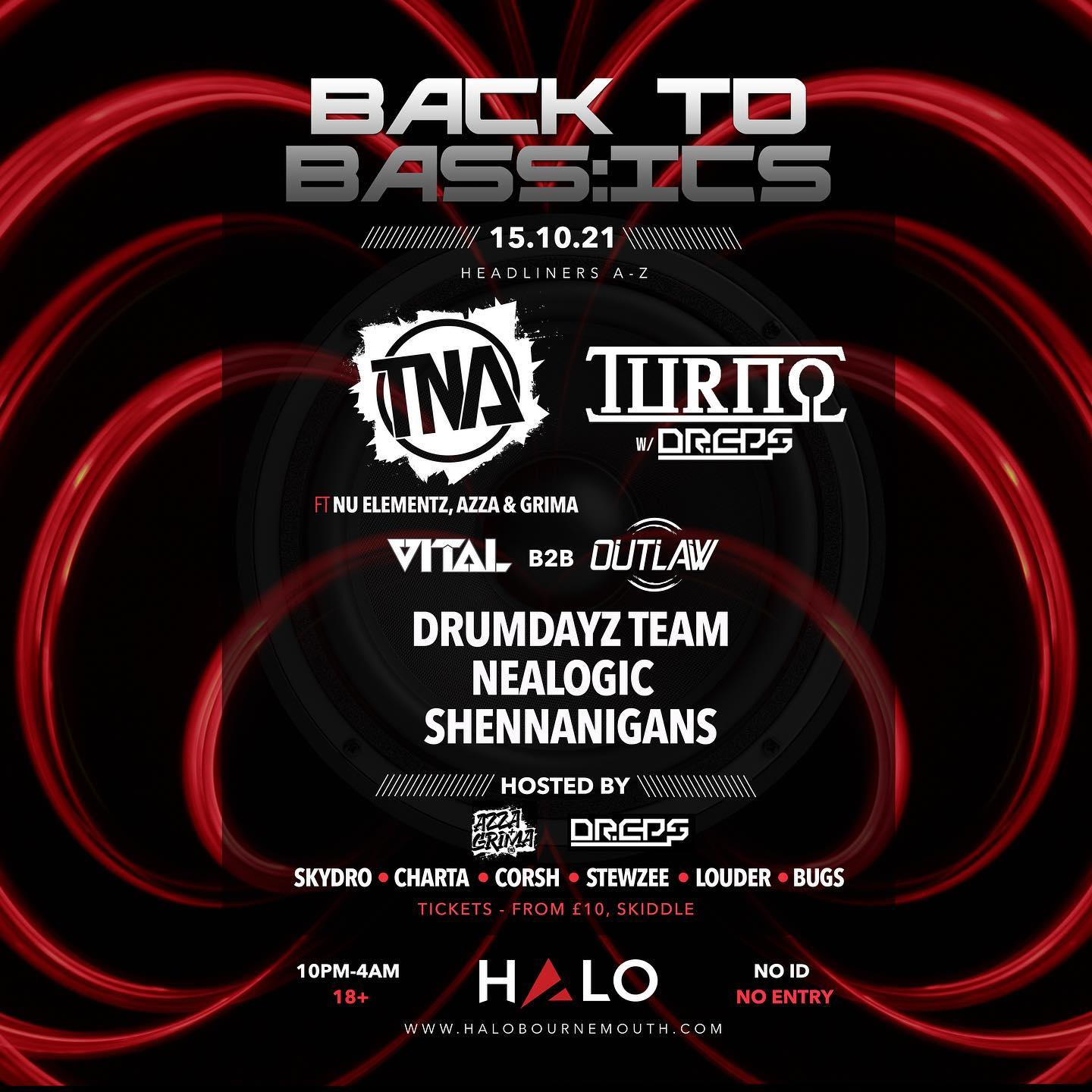 Returning to Bournemouth's iconic church of rave, Halo, Back To Bass:ics is ready once again to bring the roof down for the first time in almost two years!

Providing a vibe the likes of which is hard to find anywhere else across the UK, at one of Southern England's biggest drum n bass events, those who get their hands on tickets can expect a first-rate lineup of DJs playing through the night and into the early hours.

Find tickets for Back To Bass:ics ft. Turno - here 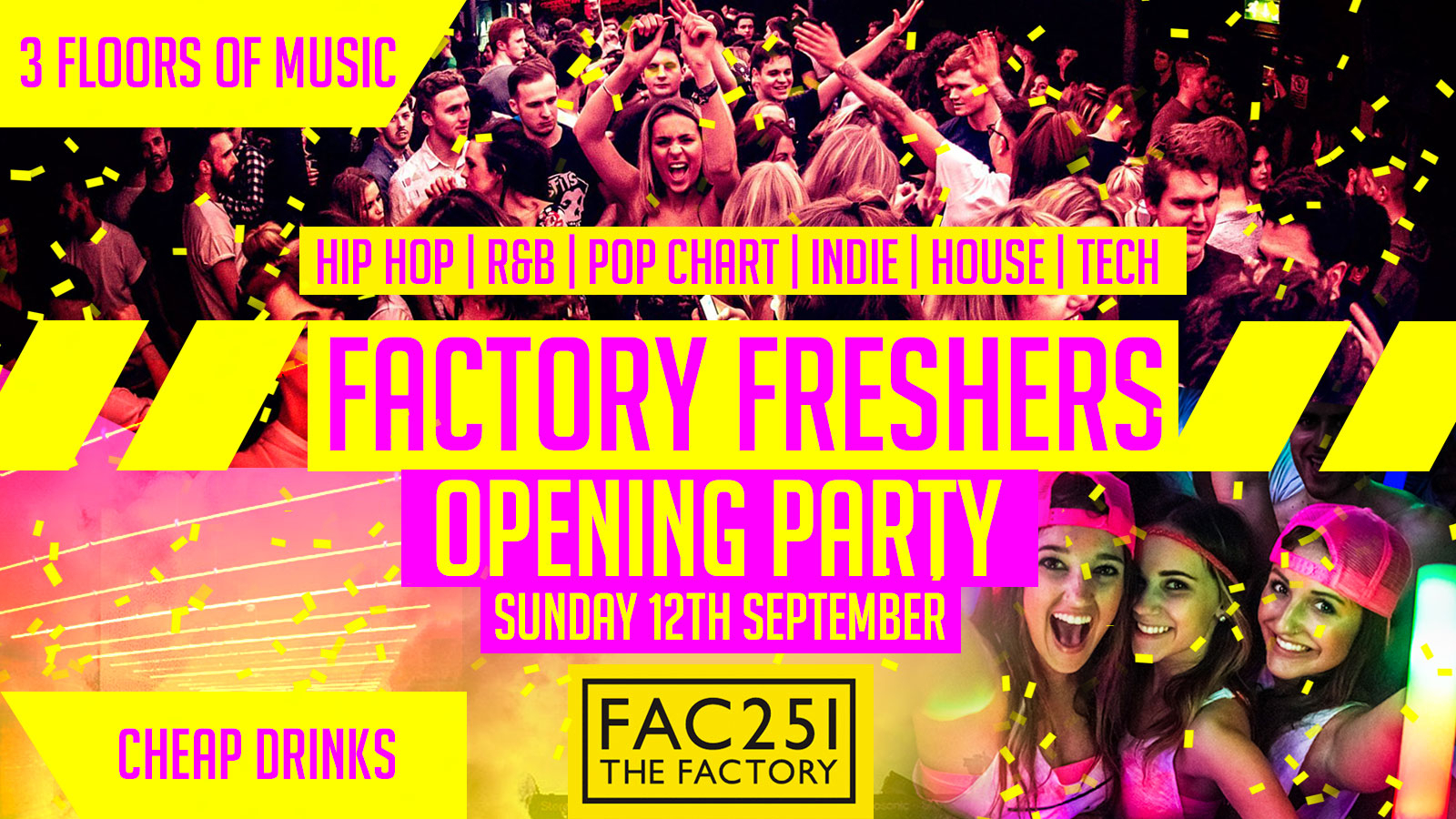 Where: FAC 251 The Factory in Manchester

You've made a huge decision. You're joining thousands of new students at Manchester University. But what now? Well, it's time to get excited! Join your new student comrades for one of the cities biggest freshers opening parties, at legendary club and music venue - FAC251 The Factory.

Boasting three floors of music, playing the best in everything from hip hop to R&B, indie, house and more, and with cheap drinks on offer from 10 pm until 4 am, this is a fresher's party you simply can't afford to miss! A sell-out event every single year, get your tickets now before it's too late. 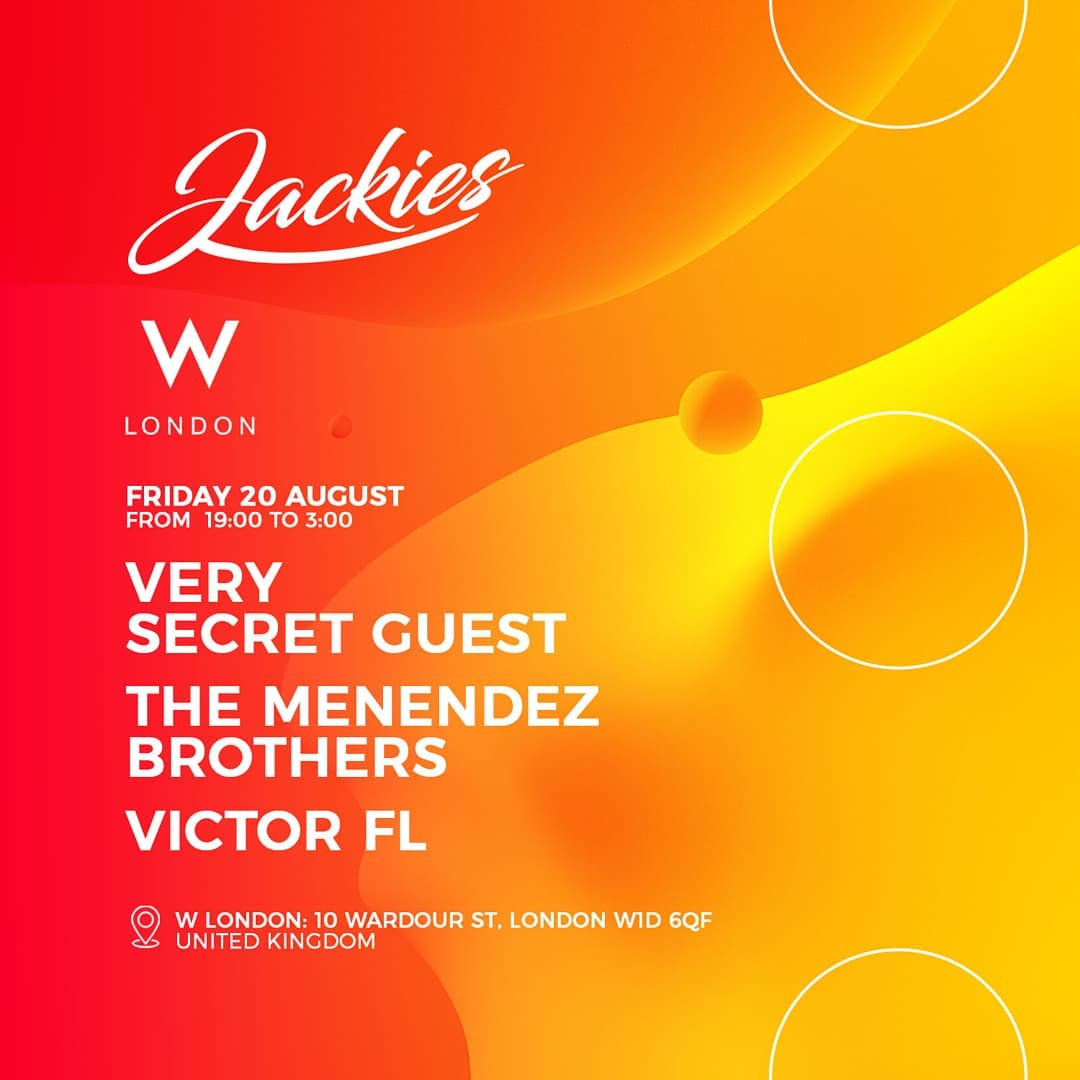 The Barcelona-based party, Jackies has established itself as one of the best across the European continent in recent times. Hosted at the well-known club Pacha, the fervent team behind the brand have been attracting international attention for their eclectic taste in music, refreshing atmosphere and for bringing leading DJs of the scene to the dance fans of Spain.

Now, they're heading over to UK shores for a very special event at London's W Hotel. Appearing in the English capital for a second time, Jackies is set to supply a list of huge DJ names, performing live on the hotel's stunning roof terrace over 8-hours. The lineup will be headed up by special guest, Sam Divine with supporting sets from the Menendez Brothers and Victor Fl, Elrow brand music director.

Tickets will sell out for this event - we highly recommend getting your tickets as soon as possible.

Where: Various Venues across the UK

The spectacle of Cirque du Soul will return to the UK this Autumn for a very special 14 date tour of the UK, with shows scheduled in Manchester, Loughborough, Birmingham, Brighton, Newcastle... During the past year and a half spent away from live music, through no fault of their own, the brand has been scheming and planning its grand return, with new immersive decor, whacky performers and mind-blowing DJ talents set to bring the party back to life.

Step right up and witness the all-new, never before seen production at Cirque Du Soul near you this Autumn.

We've got it all - from quality live music events and family-friendly days out, to beer festivals, circus shows and more! Head to our Things To Do page or our What's On Guide and begin planning your next adventure today!

Nightvision set for huge 'welcome back' party in Edinburgh this weekend