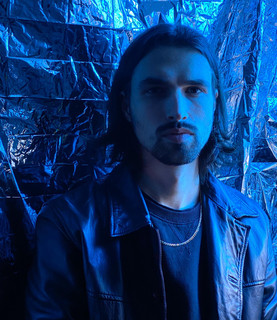 Producer/DJ based in Paris.

AIROD is a Parisian Producer & DJ with a passion for electronic and techno music. Heâ€™s been making an impact on the techno scene with releases through French label Molekul who took him to play in many clubs alongside illustrious producers such as Dasha Rush, Boston 168, SNTS, Overmono, I hate Models and many more.. Now playing across Europe, he played in mythical places such as Griessmuehle in Berlin, Corsica Studios in London and Kompass Club in Ghent. He continually found new inspirations from different artists across a range of genres, resulting in an urge to experiment making music of his own. This led him to the creation of his label â€œElixyrâ€ in 2018, with his first release â€œPhysical Pressureâ€ EP, supported by many artists (Amelie Lens, Regal, Randomer, Rebekahâ€?) and fans. Throughout his productions and sets, he gives birth to a dark and wild atmosphere that unleashes ravers. Seeking to stir up emotions above all, his hypnotical and energetic universe doesnâ€™t let many other choices than letting yourself get carried away by the strength of his kick

AIROD has been mentioned in our news coverage

Here are the latest AIROD mixes uploaded to Soundcloud.

Do you promote/manage AIROD? Login to our free Promotion Centre to update these details.