Bluedot Festival, Cheshire's annual interstellar celebration of arts, science and music, has announced the first wave of artists set to land at the iconic Jodrell Bank Observatory between 23–26 July 2020.

The fifth instalment of the award-winning festival will welcome one of dance music's best loved acts, Groove Armada, as its Friday night headliner. Andy Cato and Tom Findlay recently confirmed that a new album will arrive this year - the 'Superstylin' duo's first new material since 2010.

Indie giants Metronomy have heaps of headline experience and will top the bill on Saturday night, while on Sunday it's all about international superstar Björk, who will team up with Manchester’s famed Halle Orchestra for a uniquely-commissioned, UK festival exclusive performance 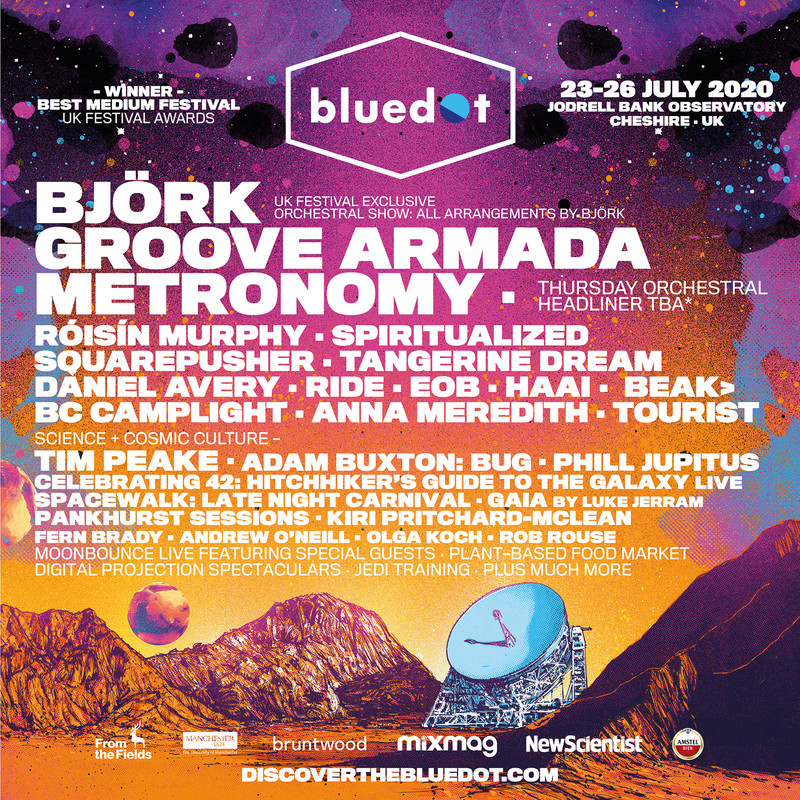 Adam Buxton and Phil Jupitus are two of the big name personalities involved in the arts and culture offering, while Tim Peake, the first British ESA astronaut to visit the International Space Station, will also be speaking at this year’s festival.

The full science, arts and culture and family programme is still to be announced, so watch this space.

You can find Bluedot tickets below.