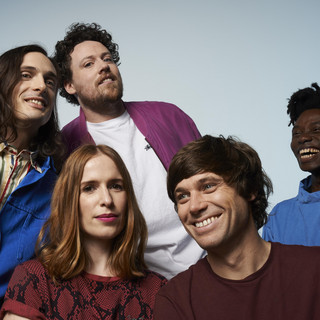 Joseph Mount used to be Metronomy. Oscar Cash and Joseph Mount are now Metronomy. Metronomy have come to be known for some super-cool remixes, dance-tastic live shows and an aversion to over-production. Metronomy (still just Joseph Mount) released his debut 'Pip Paine (Pay The £5000 You Owe)' to a modicum of critical acclaim. The name of the album comes from a car wrecker who lived in Joe's town of Totnes who was owed money by a man called Pip Paine. The car wrecker would leave wrecked cars around Totnes with the proclamation "Pip Paine, Pay The £5000 You Owe".

Metronomy has been mentioned in our news coverage

Below is a sample playlists for Metronomy taken from spotify.

Do you promote/manage Metronomy? Login to our free Promotion Centre to update these details.