» News and Features » The best student bars and clubs in Newcastle

The best student bars and clubs in Newcastle

Get scrolling and familiarise yourself with the best Newcastle student clubs and bars ahead of freshers to impress your newfound mates and make the most of what will be a crazy week!

So you've chosen Newcastle as your destination for Uni, and we can tell you now you've made an excellent choice, mainly as the Toon is an absolutely bonkers night out! With so many bars and clubs that cater to a whole host of different tastes, the city's nightlife offerings may be overwhelming to you (especially if you've just moved from a sleepy countryside village.)

But do not worry! We are here to help. We have narrowed down the very best on offer in Newcastle into a list that will help you in Freshers Week and beyond. So get scrolling and start planning that awesome first week, who knows the knowledge you gain may impress those soon-to-be best friends that you are living with! 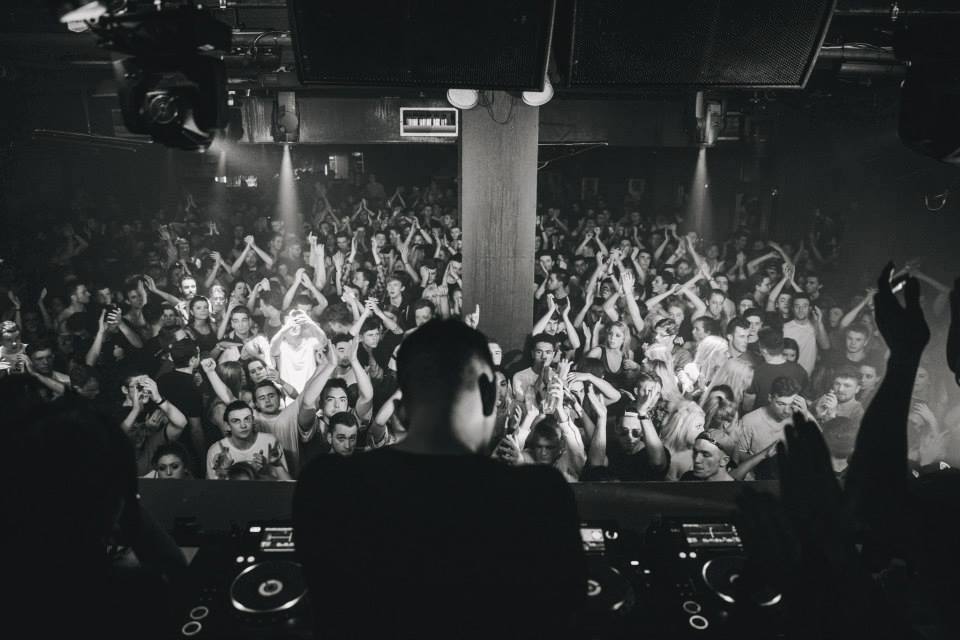 Digital is easily the best place to start this list, as it's unquestionably one of the best Newcastle student clubs. This is mainly down to their Toon-famous Kandi Island nights on Mondays will. The tickets start for as little as £1, and on these nights, you can expect top tunes and vibes, super cheap drinks and also, quite uniquely, a bucket-load of cakes, sweets, and doughnuts that they give away throughout the night. Yeah, really! They even have student drink deals on their Saturday nights, yep you read that right, student Saturdays! What more could you ask for? 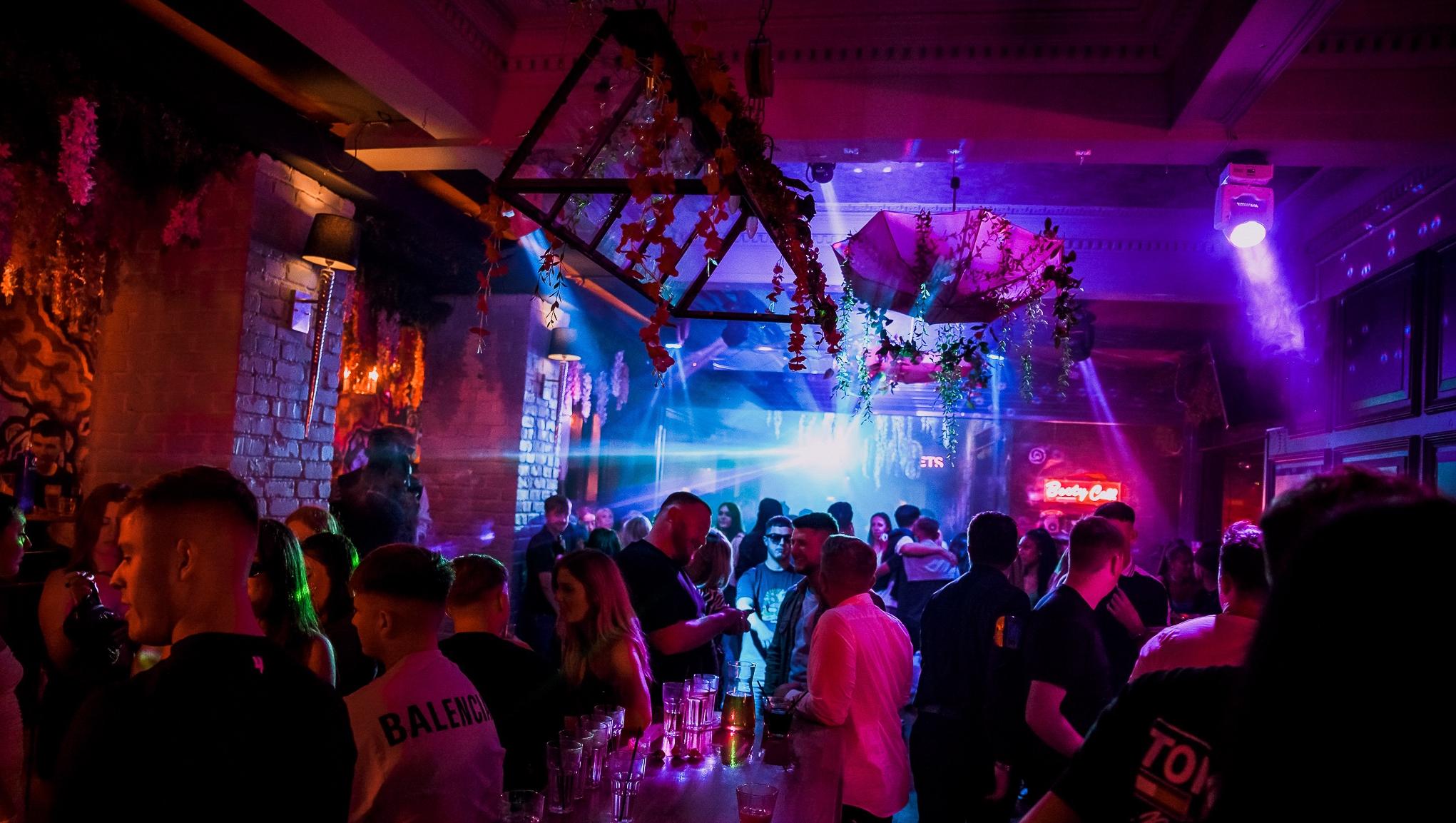 A relatively new kid on the block in the city, but despite its infancy, Bohemia is serving up all the ingredients needed for a Newcastle student night, and is quickly becoming one of the go-to spots in the city. One of the key factors to this is its bouncing Wednesday night event, Decades. This mid-week event does exactly what it says on the tin: playing all your favourite throwback classics from the infamous ‘80s, the dance floor classics of the ‘90s, the power pop of the noughties and all your current faves. With £3 entry and cheap drink deals all nights, few nights rival this one. 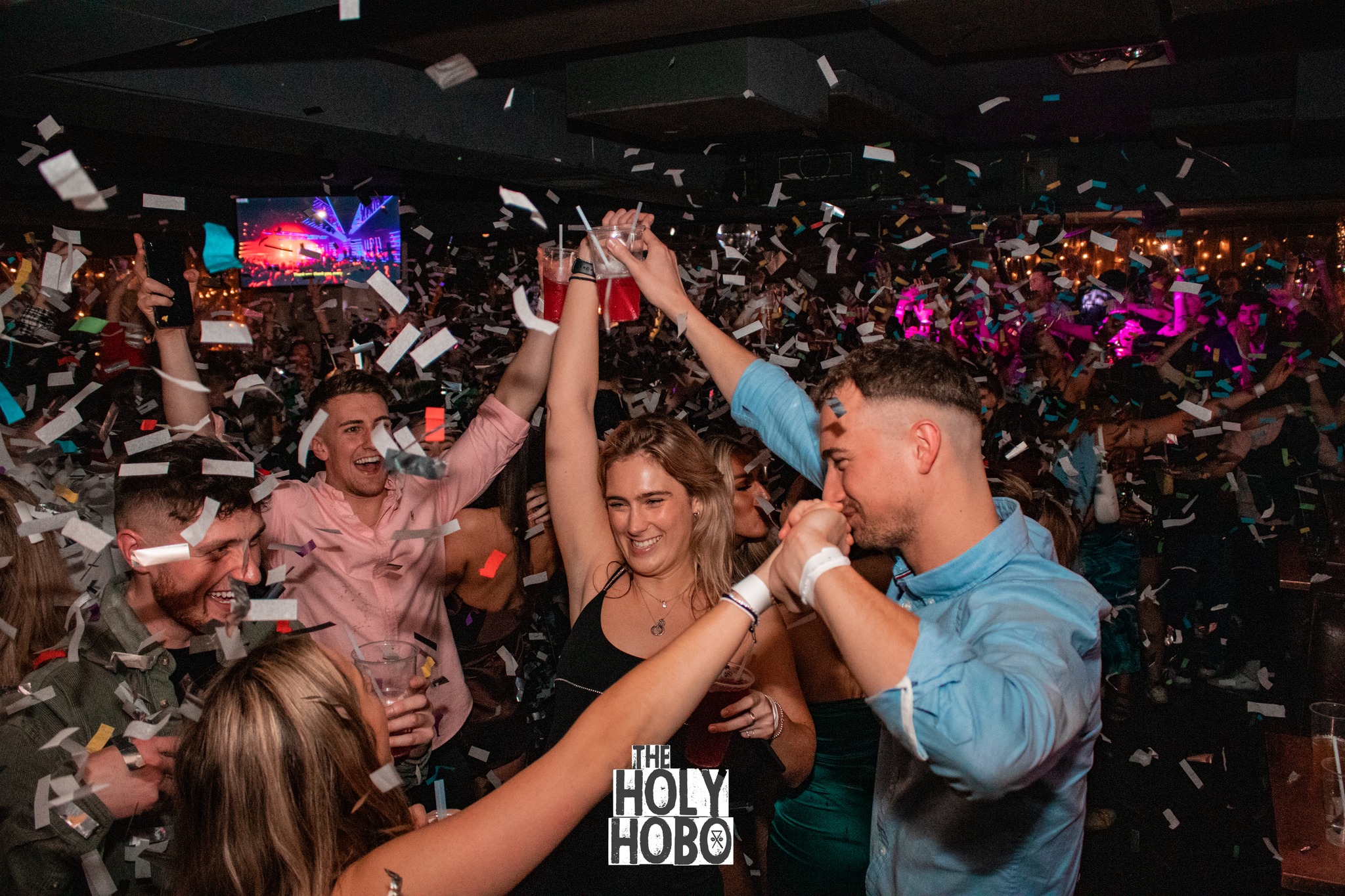 A student go-to before hitting the Toon, Holy Hobo is a bar that you'll be frequenting a lot over your time at Uni in Newcastle. Whilst it is a good spot to spend the night in, especially on its 2-4-1 Tuesdays where everything, you read that right yes, EVERYTHING on the drinks menu is 2-4-1. Many end up sticking about on a Tuesday, but on other nights, its great location and cheap drinks make it the perfect pres spot. One of the best Newcastle student bars, and one that's very kind to your bank account. 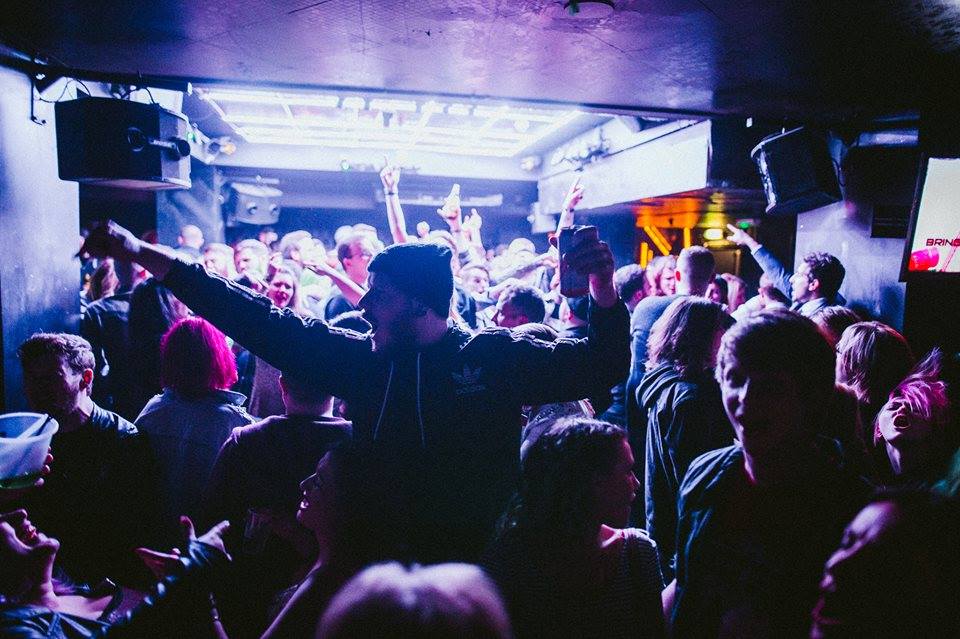 Greys club is an absolute treasure among Newcastle student clubs. With its four floors that compensate for every taste and epic student nights that include; Swingers on a Thursday, which brings disco to Greys Club in their legendary ballroom disco and iconic fairy-lit terrace, all for just £5 entry; Block Party on a Friday which provides house and disco on the terrace, party anthems in the club, drum and bass in the den and techno in the brand-new balcony bar, all again for just £5. Whatever your vibe, you can guarantee to find it at Greys Club, plus with pretty good prices on drinks and deals on student nights, its a sure-fire place to take your newfound pals to dance the night away. 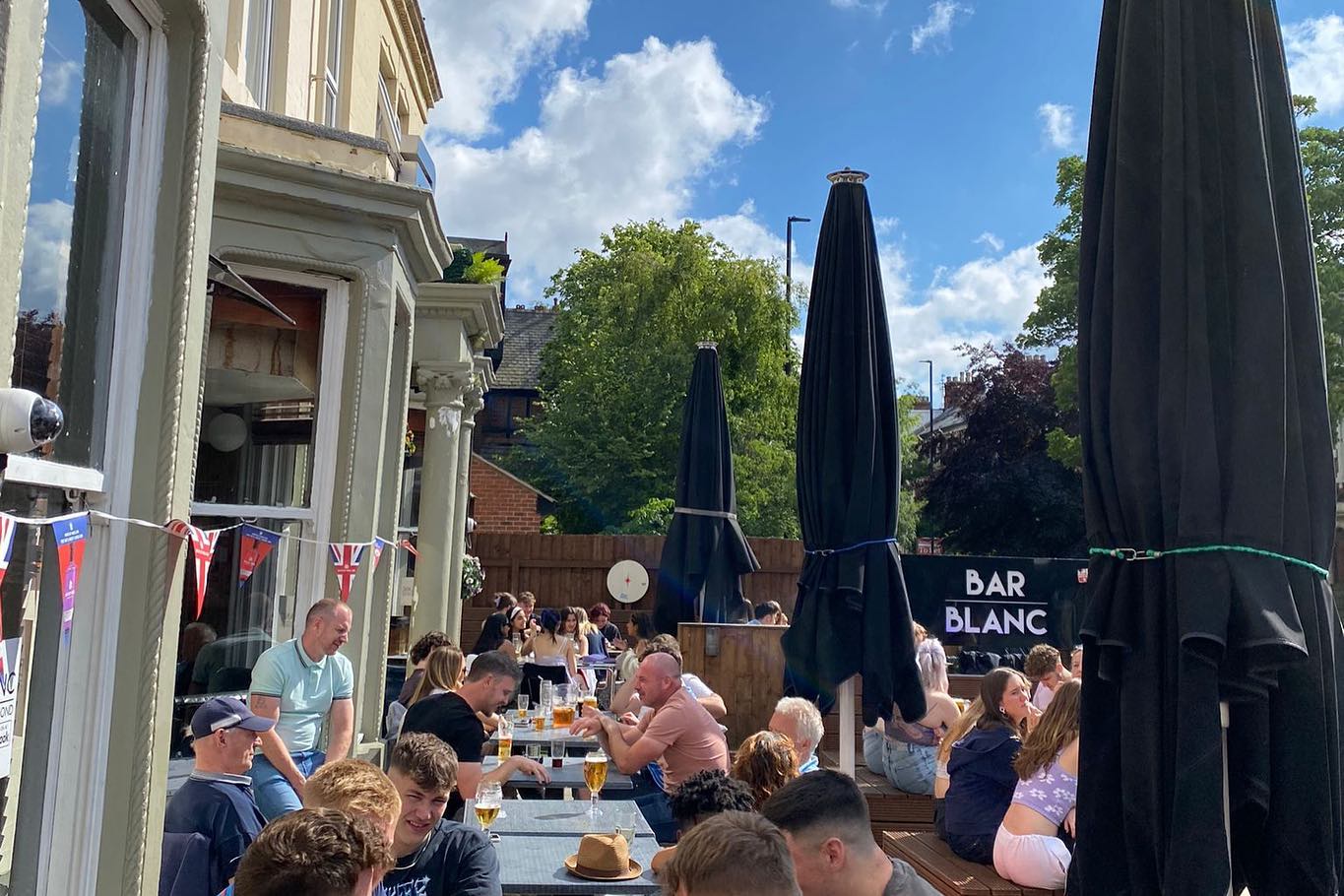 This iconic Jesmond haunt has been a go-to for the students in the area for years, providing them with great vibes and even greater deals, it's the perfect place to spend a night after a hard day revising, or even as a place to stop off before heading into town. With £2 Tuesdays that offer up a huge range of drinks all for under £2, as well as 2-4-1 cocktails on Thursdays, it knows exactly what it's doing and attracts a solid student crowd that parties alongside the locals until close. A great spot if you find yourself living in Jesmond. 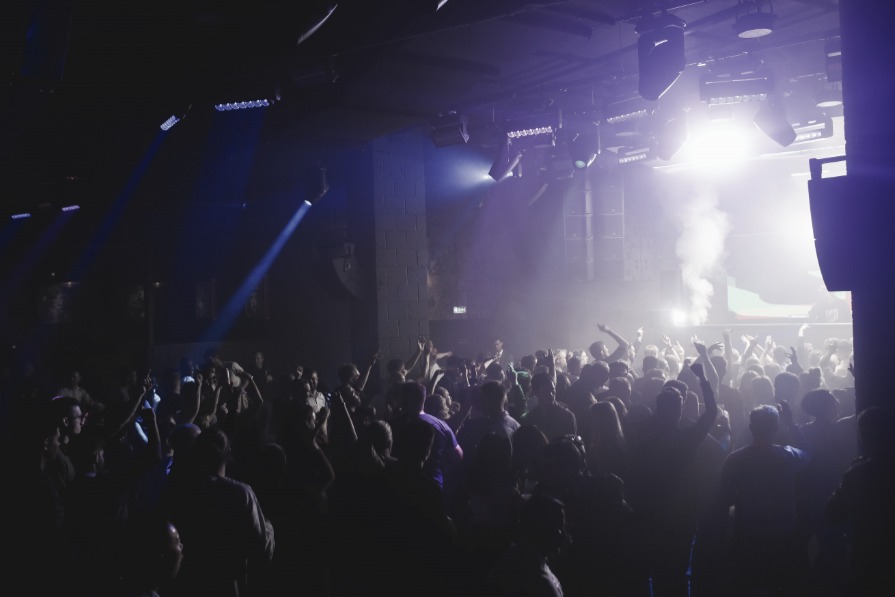 Where: Newgate St, Newcastle upon Tyne NE1 5RE

This is one of the biggest and best venues in the toon for those big, special nights out. The Lofts has a capacity of around 1,500 and is the biggest nightclub in Newcastle, possibly the biggest in the North East. Whilst the tickets for the events here may not be kind to your student loan, the superclub consistently brings the biggest names in the biz to the North East. DJs from Eats Everything, to Horse Meat Disco, to The Shapeshifters have graced its decks and the venue also houses crazy light shows and a sound system that booms in everyone's chests. In terms of Newcastle student clubs, it may not be the cheapest, but it will most definitely provide some of your most memorable nights.

Find tickets for events at The Loft - here 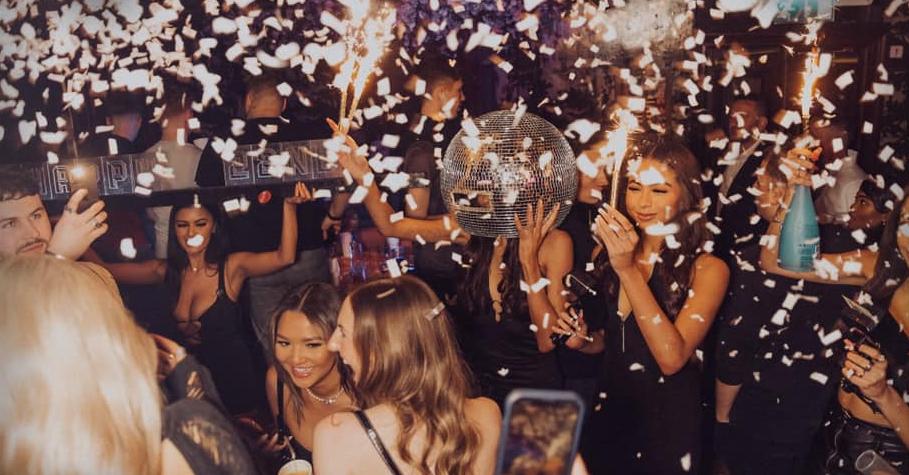 Where: 7 St Nicholas' St, Newcastle upon Tyne NE1 1RE

Tup Tup Palace is a place for the boujee ones amongst the student population. With sparklers on the bottles, three rooms with genres spanning from house, RnB, UK and US hip hop, grime, chart-toppers, afrobeats, and an awesome (but probably out kind on your loan) VIP area it's bound to attract your attention if you prefer heels to Air Force 1s. The club has also seen its fair share of famous faces, including Drake and Kanye West. Seriously, check out their website. Each day has its own theme, including a number of student nights from Love Dough on Tuesdays, Playground on Wednesdays, and Jungle on Thursdays, it really is one of the best (and boujeeist) Newcastle student clubs. 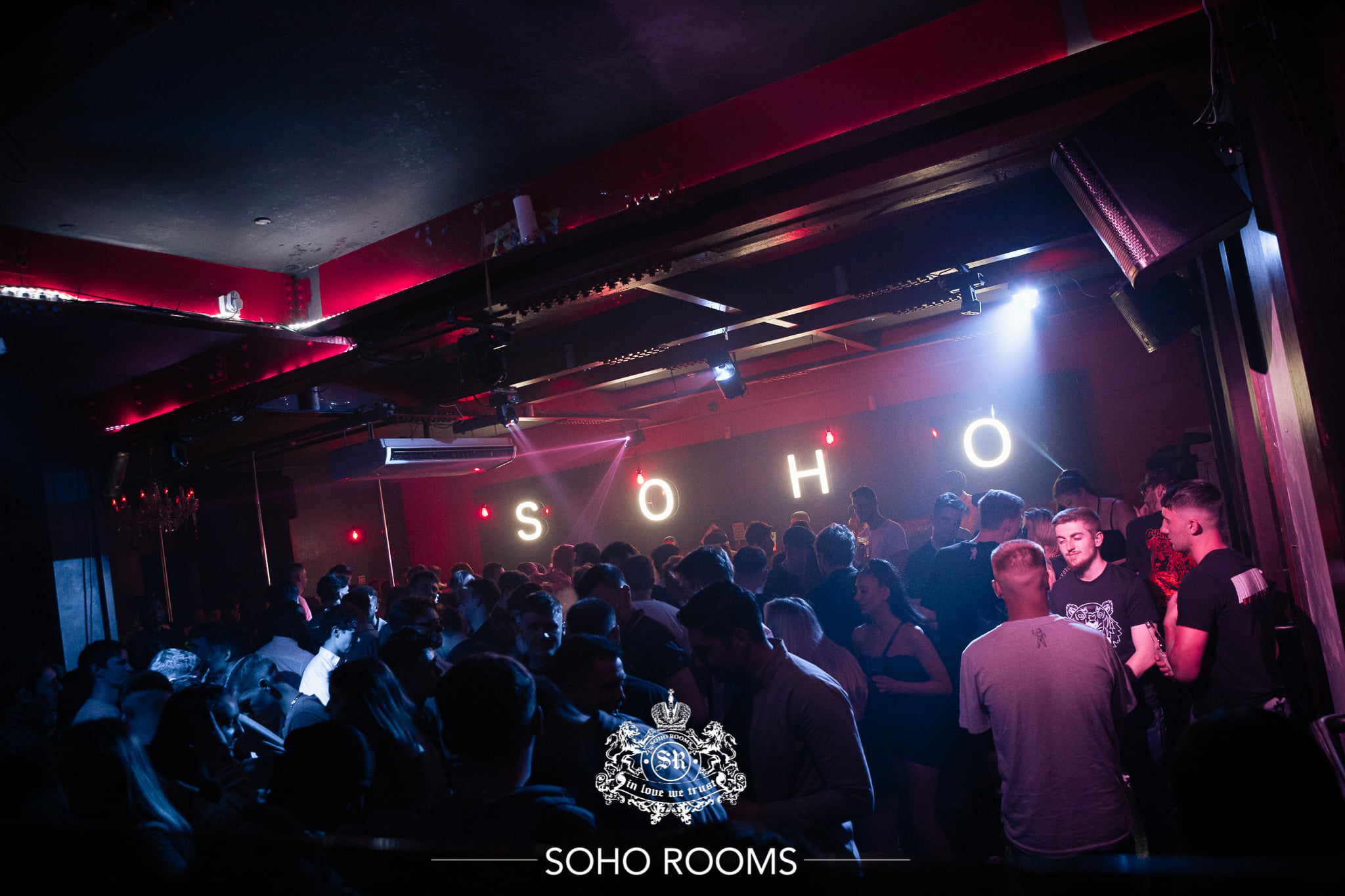 Voted the best club in Newcastle by The Tab a couple of years ago, you just know that the four floors of Soho rooms are going to become a home away from home as a student in the city. The bar/club is the BEST place in the city to obtain the famous Toon Trebs, and yes that is exactly what you think it is... a triple vodka with mixer. Lethal. But, Soho Rooms is incredibly affordable and very nice to your loan, a must-visit and one of the very best Newcastle student clubs. 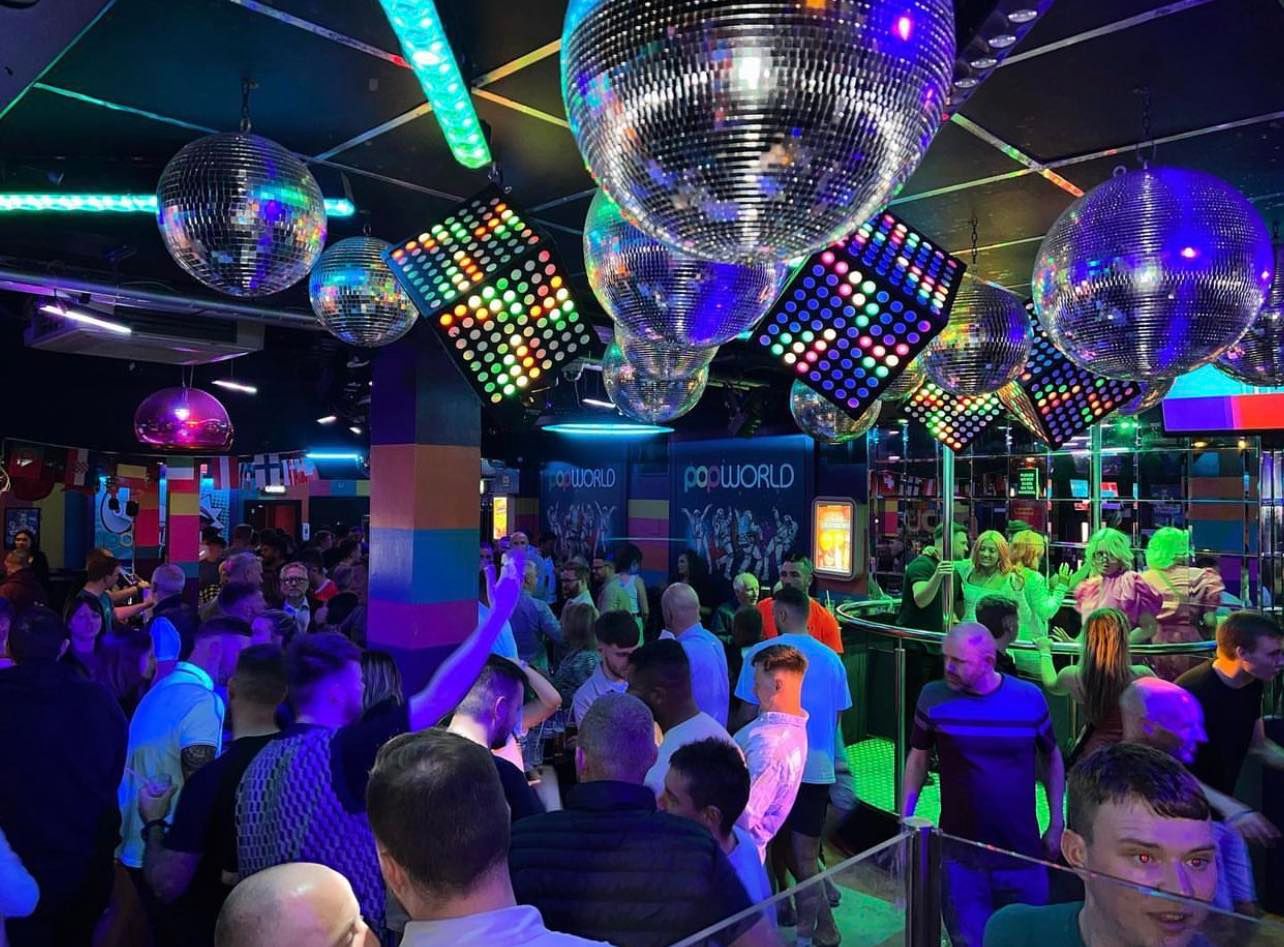 Right, we all know what we're getting with Popworld, once you’ve been to one you’ve been to them all, but why should that affect the reality of the situation; it's one hell of a fun, carefree night. With super cheap drinks and even cheesier music, it’s barrels of fun that everyone can joy (unless you're ‘too cool’ in which case we didn't wanna go with you anyway.) A classic, and with deals like £1.50 for a Smirnoff mixer, WKD, a pint of Fosters, or a Jagerbomb on Wednesdays, it's easily one of the best Newcastle student clubs, and one you’ll undoubtedly spend loads of your time in the toon, and probably your loan, in. 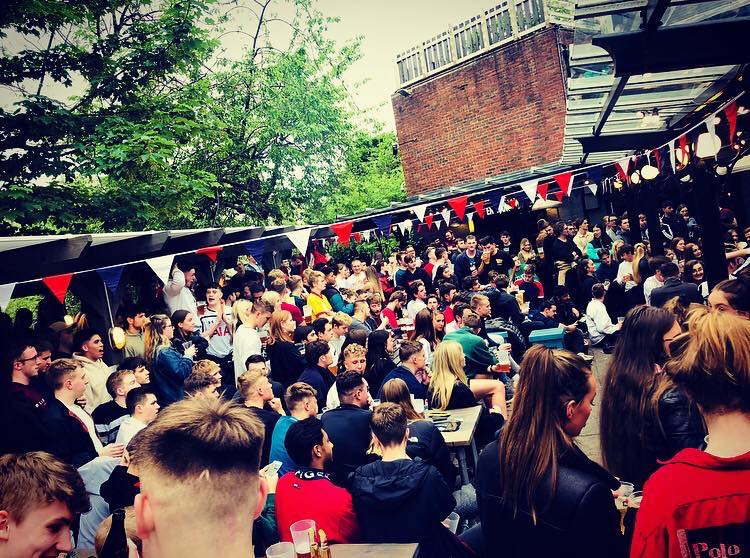 Where: 2a Hancock St, Newcastle upon Tyne NE2 4PU

An essential student pub found just outside of the city centre, The Hancock has been a go-to for the student population for years now, and with its huge beer garden and loads of tellies to watch the footy on, its the ideal place to go for any sporting event, mainly because you'll recognise everyone in there, but also due to its quality range of student deals and prime location. Plus with great food for a great price the bar is the perfect place to stop for a cheap tea when you really just can't be arsed cooking after a day's lectures. A must-visit on the Newcastle student bars scene.

Cheap Things to do in Newcastle

The best beer gardens in Newcastle

The Best Rooftop Bars in Newcastle