Few parties compare to a Scottish one, and TRNSMT is no different. In the heart of Glasgow, the metropolitan event set up for its second year with two weekends of bands and some of the best artists in the world, with the biggest pulls. With that and the T in the Park shaped hole in most Scots' hearts, it's not surprising that most days sold out completely.

We headed up to Scotland for the Sunday, which saw the likes of Arctic Monkeys, Blossoms and Interpol take over Glasgow Green. The fabled venue has historically seen protests, demonstrations and suffragette meetings, and now hosts some of the biggest gigs, with Stone roses and Oasis both playing there in years gone by.

Previous nights saw performances from Liam Gallagher, Courteeners and Stereophonics, so it’s fair to say that TRNSMT is any indie fan’s dream. We headed down early doors on the Sunday to see a sun drenched main stage set from Miles Kane, that included a fitting cover of Donna Summer’s 'Hot Stuff'. His early set was packed, testament to the music loving crowd at the festival.

Glasgow is fast becoming one of the UK’s main cities for live music, from the SSE Hydro and its globally renowned superstars, to the hub of Sauchiehall Street, with its mass of independent venues hosting emerging talent every night of the week.

The compact festival managed to cram 4 stages into the park, the Main Stage, the King Tut's stage headlined by Norwegian pop songstress Sigrid, and the Smirnoff House and Utilita Stage, which both brought DJs and club nights from across the UK, covering everything from soul to drum n bass to indie pop.

We headed over to see Stockport’s most famous exports, all conquering indie pop golden boys Blossoms. Fresh off the back of new album Cool Like You, they held the crowd in their palm as they launched into a set peppered with new material and crowd pleasers from their 2016 self titled debut.

The tempo of the day dipped slightly for Interpol, as the band, lead by frontman Paul Banks played a steady set, before Arctic Monkeys stepped on stage for what was their only UK festival performance this year.

With the full 40,000 strong crowd now gazing on with adoration, the Sheffield natives launched into Tranquility Base Hotel & Casino’s standout track 'Four Out of Five', before settling into an album spanning set. With an emergence from long time collaborator Miles Kane for ‘505', they finished with a three track encore of ‘Star Treatment’, ‘From The Ritz To The Rubble’ and ‘R U Mine’.

The anticipated headline set also marked the first time Favourite Worst Nightmare’s 'Teddy Picker’ has made an appearance on their current tour, and predictably created an absolute ruckus. See the full set list below.

For such a young event, TRNSMT has hit the ground running on the festival circuit. Bagging a UK exclusive for one of the world’s most in demand bands is no mean feat, but even without that, TRNSMT again nailed the ever growing inner city festival, bringing hoards of people from all over the country to the city. While we get over that unbelievable headline set, we’ll be awaiting details of TRNSMT 2019.

Four Out of Five

Don't Sit Down 'Cause I've Moved Your Chair

The View From the Afternoon

Do Me a Favour

Why'd You Only Call Me When You're High?

Do I Wanna Know?

I Bet You Look Good on the Dancefloor

From the Ritz to the Rubble

Here are the next 3 upcoming events At Glasgow Green, Glasgow 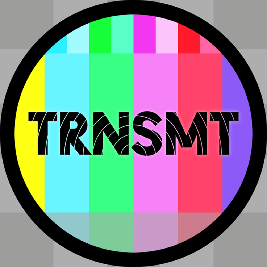