We've compiled some of our favourite Josh Homme side projects, supergroups and special guest contributions as we look forward to QOTSA's landmark London show this summer.

When you think of Queens Of The Stone Age, what instantly springs to mind is the the towering figure of their talismanic lead singer Josh Homme. Be it the ginger quiff, the leather jacket, the monster riffs or the seductive Californian drawl, all these things and more have helped to propel the outfit into the stratosphere, placing them in a select group of modern day rock greats.

Since their inception in 1996, following the dissolution of Homme's former band Kyuss (more on them later), QOTSA have released a mighty seven albums in just shy of a 20 year period, and with latest album Villains they enjoyed arguably their greatest reception since 2002's Songs For The Death ('Go With The Flow', 'No One Knows' etc).

Released in 2017, Villains paved the way for the band's first ever Madison Square Garden headline show, and the massive events keep on coming with attention now pointing toward an epic summer show in the UK, as the band take on Finsbury Park on Saturday 30th June (find Queens Of The Stone Age London tickets here).

Josh Homme is by no means a one trick pony however, and has lent his riffs, vocals and songwriting talents to numerous outfits as a main band member or as a passing contributor - we have divulged in our favourite six for your reading pleasure below.

Homme's first band and the nucleus of the latter day Queens Of The Stone Age, these stoner rockers were heavy, like seriously fucking heavy, and released four albums in just four years before splitting in 1996. 'Green Machine' comes from the group's second release Blues For The Red Sun and sees Homme take a back seat in terms of singing, instead he just smashes a near metal riff while lead singer John Garcia delivers some gritty vocals.

The short solo midway through is more than a nod to the band that would propel Homme firmly into the limelight, but there's no doubt that at this point he had already made a notable impact on the world of rock.

As well as sound tracking a particularity good Nike Advert in 2014, this Eagles Of Death Metal track is a rip roaring blues rock romp. At just two and a half minutes long its over in the blink of an eye, but in that time Josh Homme and Jesse Hughes cram in a shit hot rock'n'roll riff, a true ear worm of a chorus and a couple of dirty little solos.

Here, Homme puts his guitar down and smashes out arguably the finest part of the track, its rapid drum beat, and once said to MTV about his role in the band: "I just sit behind the drums and play rock and roll, which is a great change of pace for me. It's the antithesis of the bloated rock-attitude bullshit I've had to deal with recently"

A perhaps more surprising collaboration, but Peaches can rock it with the best of them, and her 2006 album Impeach My Bush was a star studded affair featuring the likes of ex Hole Drummer Sam Maloney, Joan Jett, Feist and Electctocute frontwoman Nicole Morier.

Talking about Homme's contribution to 'Give 'Er' Peaches said: "There’s a solo that I could play but I couldn’t play it like Josh. He learned it in a second, and was playing all over it" and when you listen, it is undeniably him isn't it. The scuzzy noodling up and down the neck beds perfectly into a track that is built on chunky guitar parts, thunderous drums and a howling vocal that sees Peaches at her sassiest.

As far as supergroups go, Them Crooked Vultures really went big didn't they? Take Nirvana's drummer, Led Zeppelin's bassist and Queens Of The Stone Age's guitarist and singer, and what do you have? Arguably the hardest rocking outfit imaginable. In just one glorious record, Dave Grohl, John Paul Jones and Josh Homme created one hell of a racket, and their eponymous debut (and only record to date) was one of 2009's highlights.

'New Fang' in particular is a triumph, marrying all elements of the trio to great effect, so much so that it was voted Best Hard Rock Performance at the 2011 Grammys. Not too shabby.

YouTube user 'TheWayOutisThru' has it right with the comment "Josh Homme singing in the background of this song just makes it perfect! muchlove x" We really can't argue with such sentiments, as this sultry serenade already had us gripped through Turner's depiction of the often underrated sexiness of the knee sock before Homme's haunting "all the zeros" lyric truly tips the track into its gripping climax.

It's not the only time the QOTSA man has joined forces with the Monkeys, and is often touted as the reason behind the drastic change in direction come third album Humbug, where they were enticed into the desert of Joshua Tree and talk of "dirty dancefloors and dreams of naughtiness" became a topic of nostalgia.

Another supergroup, made up once again of some legendary rock figures, saw Iggy Pop's 2016 record Post Pop Depression call upon the services of Matt Helders of the aforementioned Arctic Monkeys on drums, Homme's Queens of The Stone Age band mate Dean Fertita on bass, Homme himself and of course, the Godfather of Punk; Iggy Pop.

Homme took on production duties, as well as providing a tonne of meaty riffs and chilling backing vocals - not least on lead single 'Gardenia' - where he once again makes an unmistakable impact, complimenting Iggy's gravelly lead delightfully.

Here are the next 3 upcoming events At Finsbury Park, London 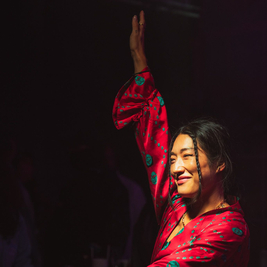 After an incredible 2021, the unstoppable Peggy Gou touches down in London for another one-day festi... 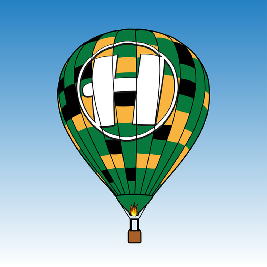