» News and Features » Review: Cocoon In The Park

Review: Cocoon In The Park

Jack Law was there to witness a controversial Ricardo Villalobos set amongst a bulging celebration of house and techno at Sven Vath's annual Cocoon in the Park.

Now in its seventh year, Cocoon In The Park continues to be one of the most talked about events across the North. This weekend was a rather diverse line up compared to previous years, with Fuse's Enzo Siragusa and Seb Zito, Innervisions' Dixon, Cocoon's own Ricardo Villalobos, the man behind it all Sven Vath and arguably one of the biggest names in dance music, Carl Cox, part of the bulging one arena line up.

As usual, the countdown to the mini festival began long before the day itself arrived. The high level of excitement stirred by CITP is not matched by many an event in the UK.

It's clear to see one person's anticipation of the day has been as strong as the next person, as you take the last leg of the journey winding down through the grounds of the idyllic Temple Newsham; the buzz and determination of the crowd to reach their destination is uncanny.

After a quick catch up with friends on the field outside of the main entrance, a place where many congregate, Dixon was closing what sounded like a nice selection of warm up beats and it was almost time for Coxy to take to the stage.

After the switch over, he wasted no time in smashing out his usual style of pumping techno to the warm appreciation of the crowd. One thing that can certainly be said about the house and techno pioneer is that he knows how to get a party started.

This flavour of hard hitters such as Josh Wink's 'Denial' was exactly what the people were looking forward to, prompting an excitable reaction from the stomping crowd.

He even surprised us with the odd classic, reaching back to his acid house roots with the immortal 'Passion' from Gat Decor (above) having all hands in the air as that well recognised, euphoric piano riff blasted out of the as always epic Funktion Ones.

Following the festival debuts, it was back to business as usual, as Cocoon mainstay Villalobos returned to the stage. As most will by now have noticed from the onslaught of comments on social media, some of the crowd were hugely disappointed by what followed.

We all know the man can be hit and miss; it's what keeps us fans on our toes. However, despite the negativity from some who were clearly hoping for something completely different, Villalobos seemed to our ears on top form.

Granted, the mood changed with the music, moving from Carl Cox's party techno to Ricardo's melodic and minimal signature sound, and it may have made more sense to have the two playing the other way round.

Regardless, he majestically weaved through his back collection of musical gems, starting off with mellow piano grooves laced with subtle, techno undertones before gradually building up the energy into the likes of the bomb that is Kenny Larkin's Tension mix of Kevin Saunderson's 'Future'.

He even treated fans with one his greatest and most organic pieces of minimal delight in 'Dexter' (above), a track many have been waiting years to hear him play.

The end of his set did trail off somewhat and maybe it would have been better if he had gone out with a bang to welcome Papa Sven. All in all however his track selection and mixing were generally on point, making for a most enjoyable performance - not that our opinion is of course uniformly held.

Vath took over the reigns with an immediate uplift, welcome to the crowd who were re-energised by the deep, playful basslines. As is the norm with one of his sets, he impeccably mixed a range of flavours of techno; some groovy, some funky, and some downright stomping. Josh Wink's acidic, heavy hitting 'Talking To You' saw to the latter, sparking a royal reaction from the sea of fist pumpers before the stage.

He wasn't as driving as he has been in previous years, but that didn't affect the mood and as always, his four hour homage to techno was the perfect way to round off a class day.

The aim of such a varied line up this year may have been an attempt at providing something for everyone. Unfortunately, it may have been a little over ambitious, as not everyone left particularly pleased by the musical flow.

In spite of this, it had been another most enjoyable day at Cocoon In The Park and those with any sense were heading to see the mighty Richie Hawtin play an absolute blinder at Mint Warehouse for the afters, something which nobody can argue against.

Like this? Try Review: Kehakuma / Elrow at Space Ibiza.

Here is the next upcoming event At Temple Newsam, Leeds 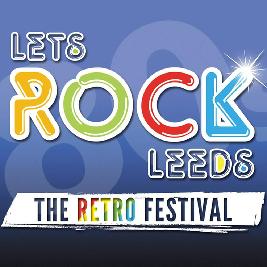 We are delighted to announce that Let’s Rock Leeds! returns to Temple Newsam on Saturday 25th ...