Boxing Day blowouts, end-of-year extravaganzas, winter tours and one HUGE stadium show make up just some of the many amazing events listed here, in this week's New On Skiddle.

Grab tickets to see a host of critically acclaimed superstars, covering everything from house and techno to tech metal and rock, performing live in the coming weeks and months in venues across the UK. 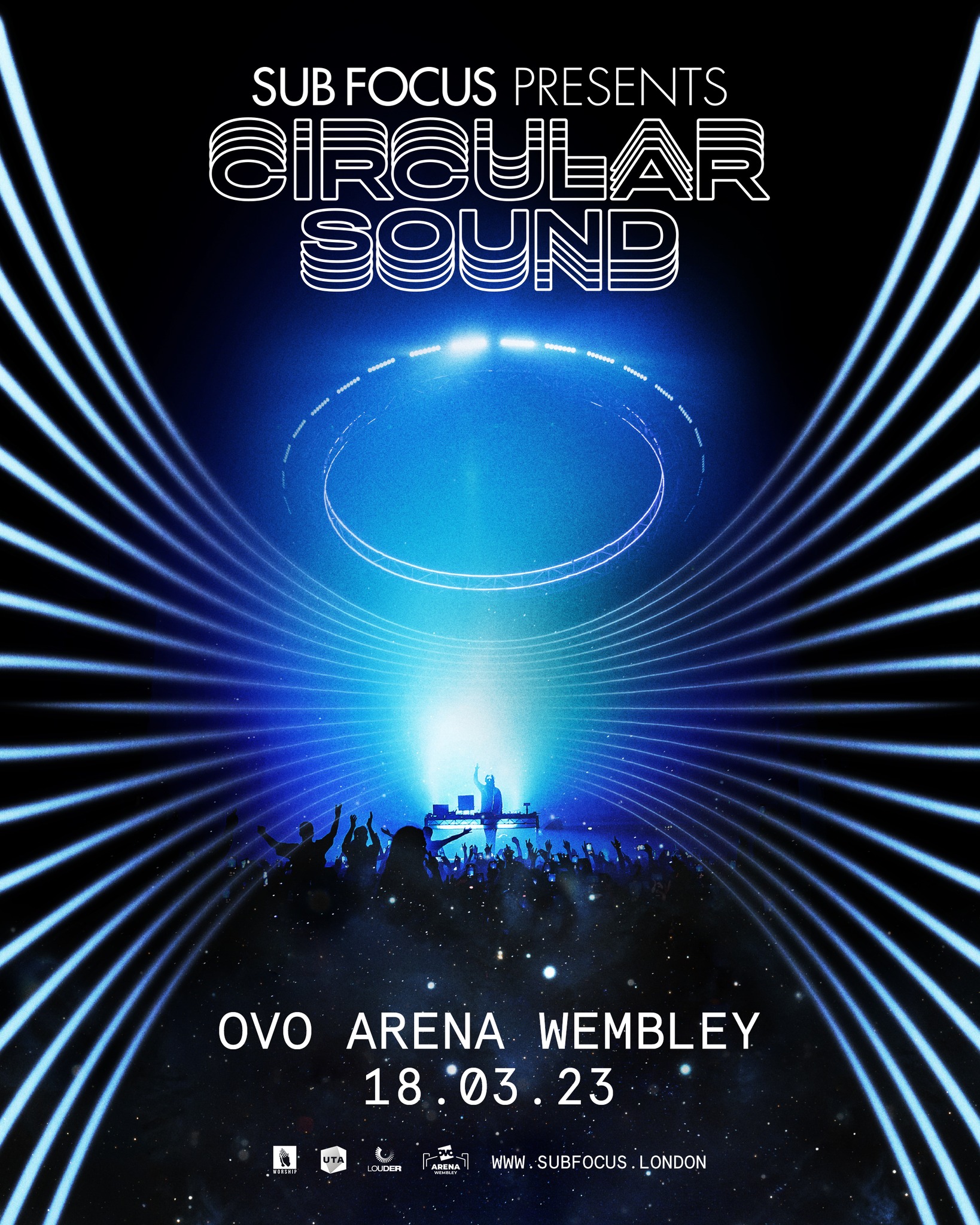 Where: OVO Arena Wembley in London

Internationally-renowned drum n bass don, Sub Focus has recently announced his biggest show to date on home soil, set to take place in the spring of 2023.

Bringing his lauded 'Circular Sound' audio-visual show to UK audiences for only the second time, the special one-off performance will see the nation's biggest sporting arena, London's Wembley OVO Arena, illuminated by the huge mesmerising disc of light from which the show takes its name.

"My goal is to take the presentation of drum n bass music into a more artistic and immersive realm, taking inspiration from my favourite electronic music shows and visual art installations. I’ve been very hands-on in creating the visuals... I can’t wait to show people what we have in store".

Erol Alkan - All Night Long To The Rhythm 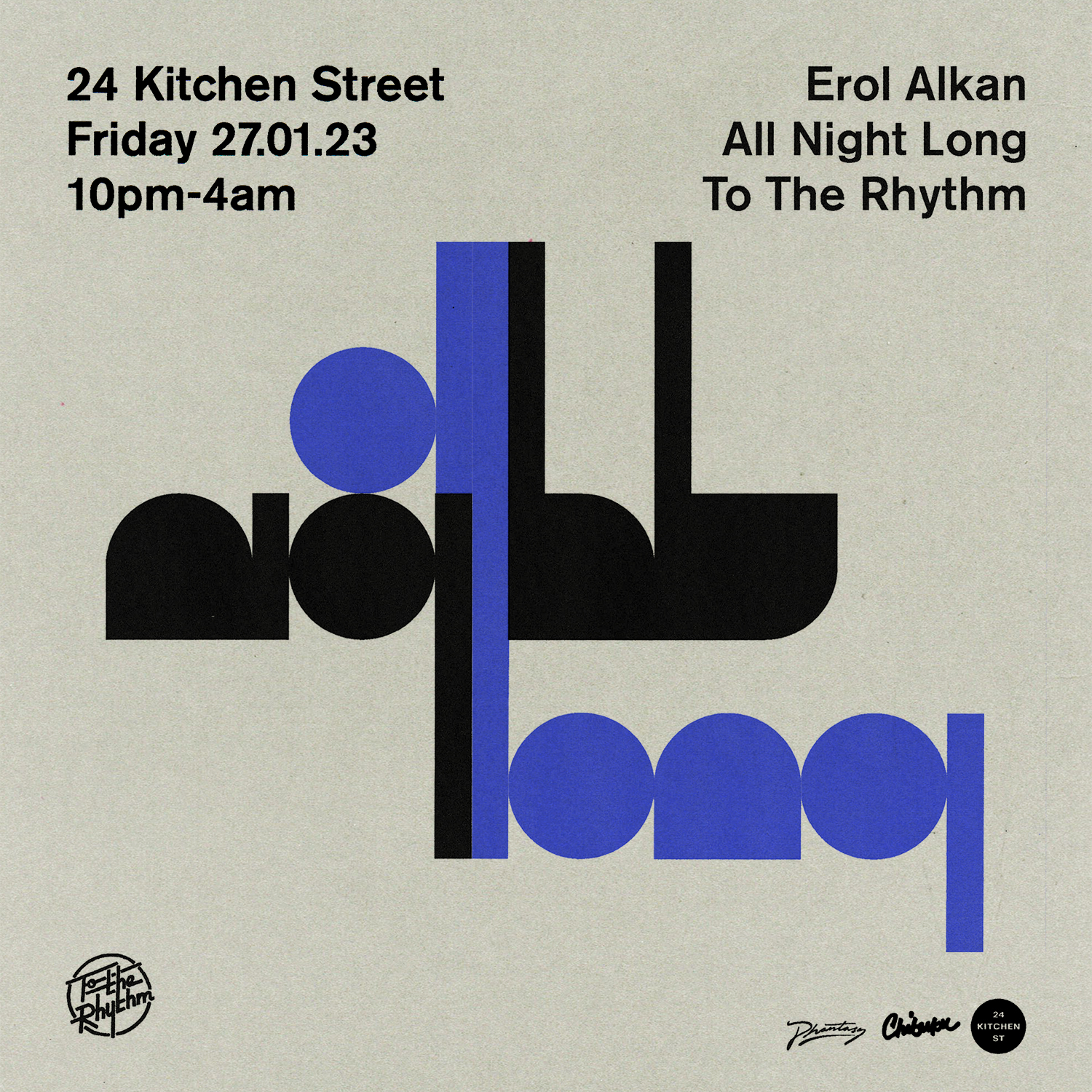 Phantasy Records boss and legendary dance music producer, Erol Alkan has confirmed his first show of the New Year, continuing his explorative and always highly sought-after 'To The Rhythm' series of events.

Heading north from his base in the English capital to the lively port city of Liverpool, on Friday 27th January 2023, the seasoned DJ, a leading name in underground electronic music for over three decades, will dig into his expansive back catalogue of records to deliver eager party-revellers with a truly unique soundtrack.

First-release tickets for this show have, unsurprisingly, already sold out. Head below to get yours now. 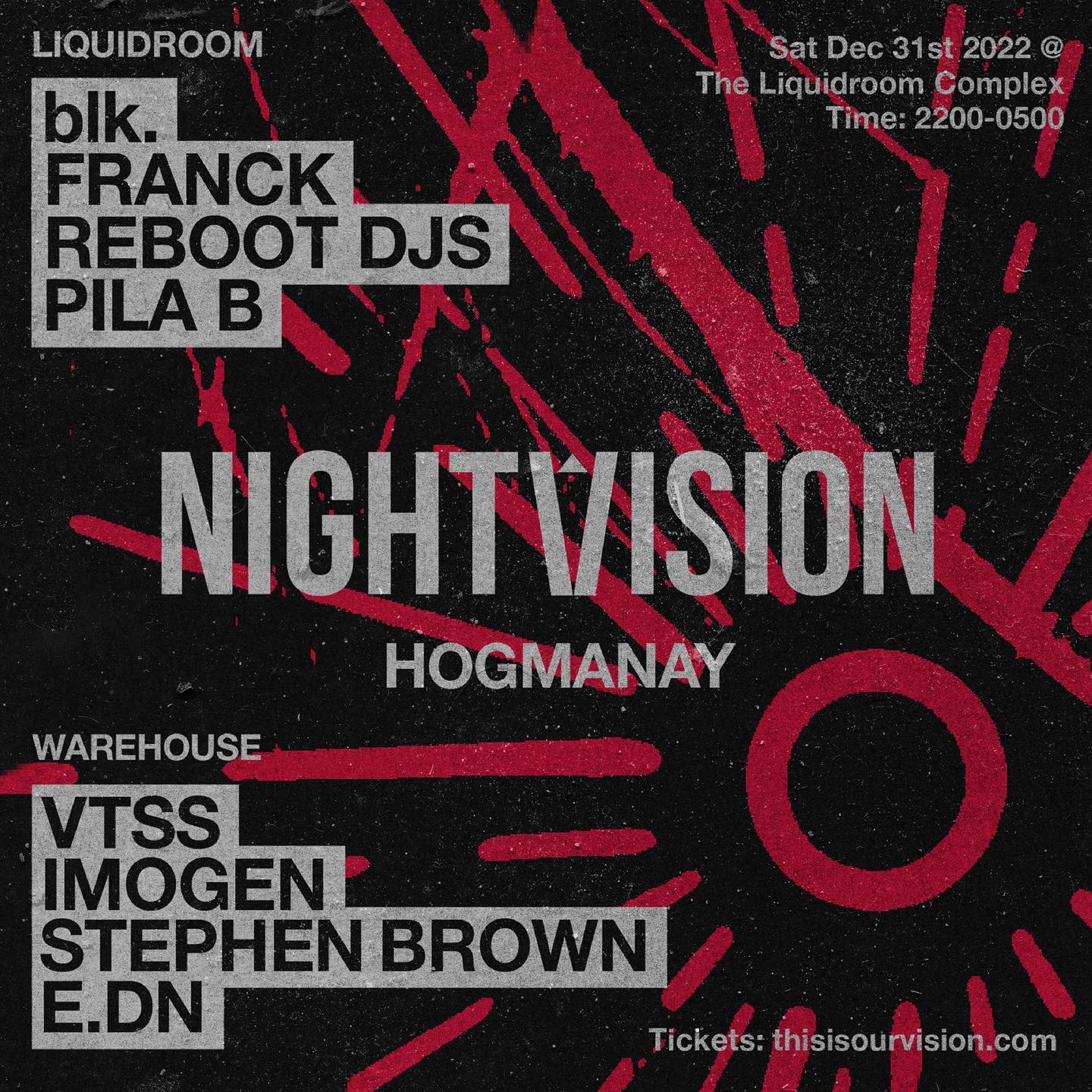 Rounding off the year in customary fashion, the popular Scottish dance brand is set to welcome a handful of the scene's biggest names, to score a night of unadulterated, fist-pumping techno. On the bill, those who come by tickets - which are already in short supply - will witness live sets from the likes of fast-rising Irishman blk. and Edinburgh-based techno talent, Franck, with Warsaw native VTSS and London's IMOGEN also on the lineup.

For 7 hours of heavy, BPM-pushing, dark techno across two atmospheric rave spaces, there's only one place you need to be at the turn of the New Year. 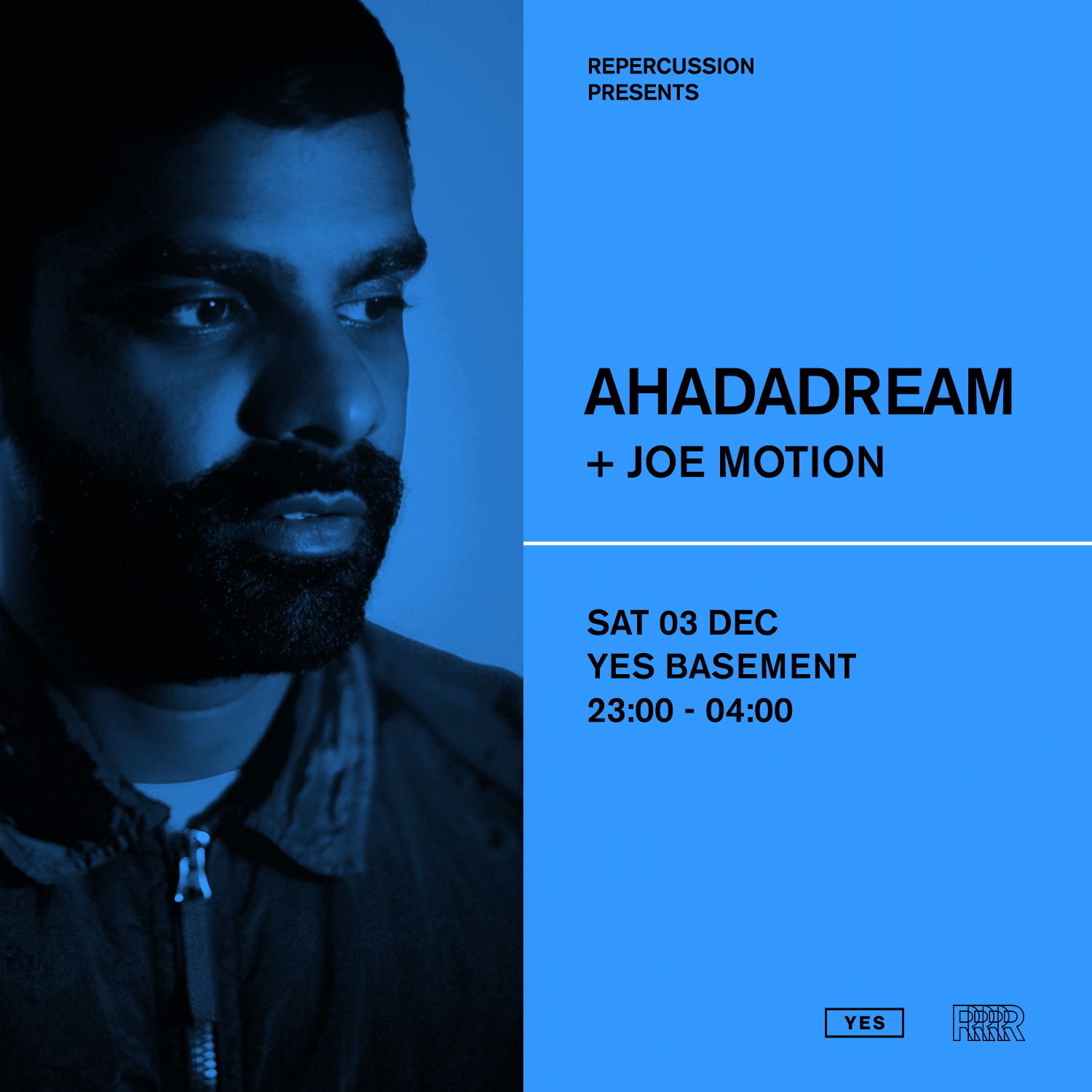 Where: YES Basement in Manchester

The informed curators behind Manchester's Repercussion Festival, one of many highlights of the annual Warehouse Project season, have announced a special intimate show in the basement of Manchester venue, YES, with London-based up-and-comer, AHADADREAM.

The genre-defying artist, known for his exciting club-friendly productions, brings elements of grime and bass together with the sounds of his Pakistani heritage, supplying bhangra-inspired heaters to ravers across the UK. A stalwart of the dance scene in London, he's a man with many fingers in different pies. On top of co-founding More Time Records and running his own in-demand club night, No ID, he's also previously worked with the likes of Boiler Room, bringing new talents forward to the masses. You can't say he hasn't got chops.

Catch the dance music innovator before he blows up in 2023, live at Manchester's YES this December.

MVSON Presents A Night In Concourse 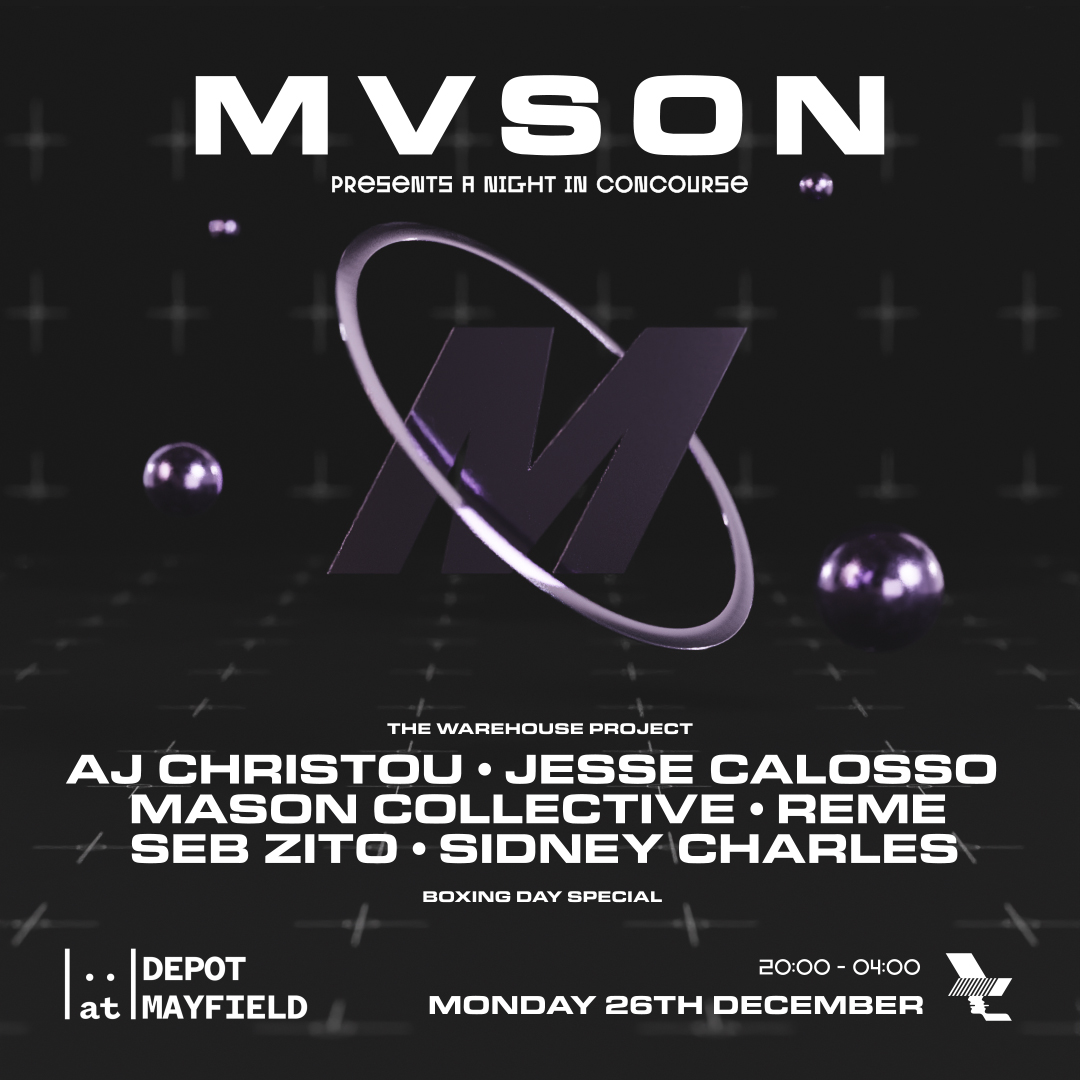 The MVSON collective, a trio of accomplished producers and DJs hailing from the Northern capital, Manchester, are gearing up to take over the airwaves at the city's largest warehouse-come-superclub, The Depot Mayfield.

Joining them over the course of the event, attendees can also look forward to exemplary sets from celebrated names such as AJ Christou, Seb Zito, Jesse Calosso, Reme and Sidney Charles.

Dance off that lingering Christmas Day hangover with MVSON collective this Boxing Day. 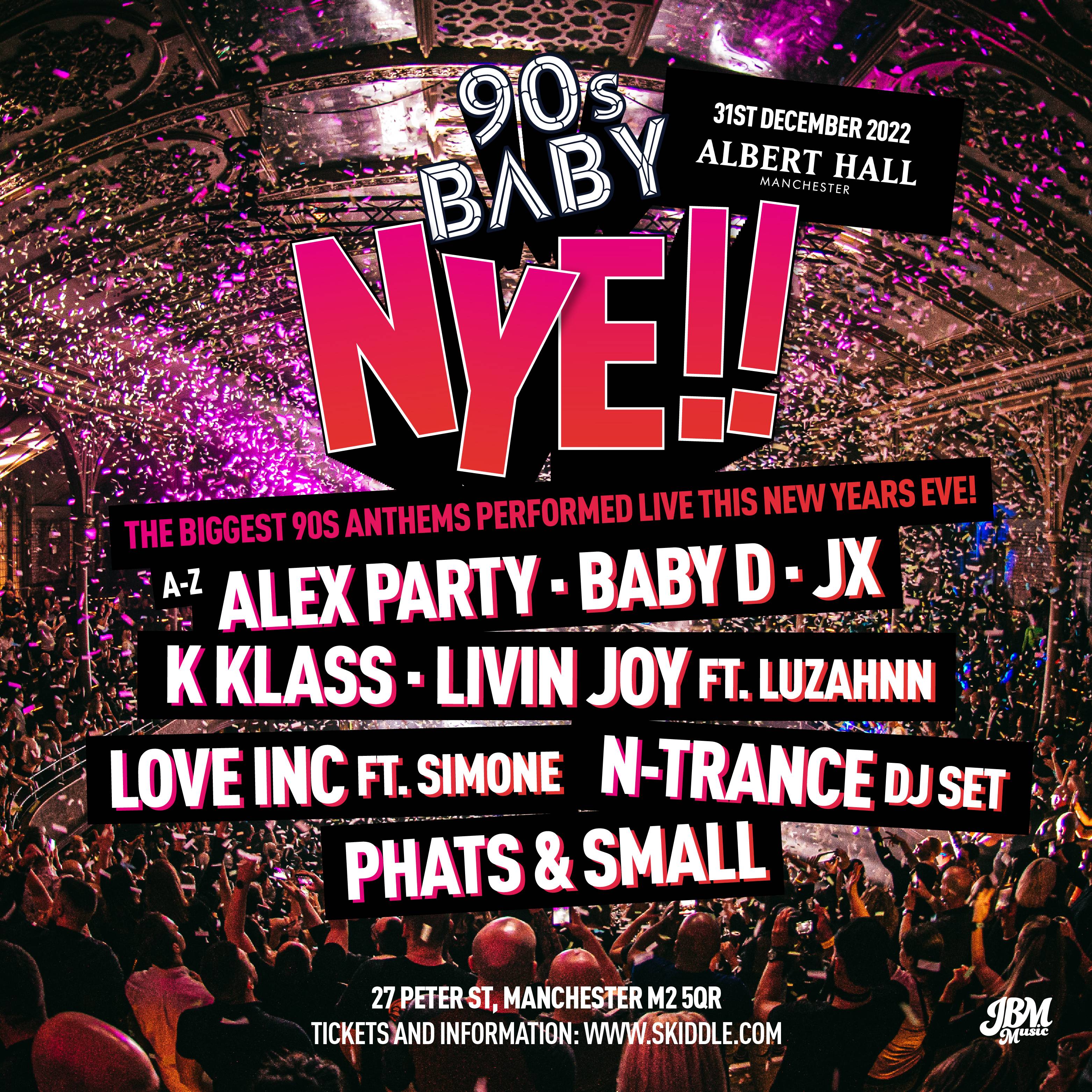 A handpicked selection of the 90s biggest acts will reunite under one roof in Manchester on Saturday 31st December 2022, to mark one of the most pivotal eras in British music history. Presenting, 90s Baby New Year's Eve.

Taking punters on a trip down memory lane, performing some of the decade's most favoured hits, those in attendance on the night can expect to hear live music from remix legends, K Klass as well as Alex Party and Baby D, best known for her massive hit 'Don’t Give Me Your Life', Livin Joy, Love Inc, N-Trance and Phats and Small, who most will remember for their funky dancefloor favourite, 'Turn Around', released back in 1999.

Don't miss this evening of nostalgia-packed fun. Get your tickets now below...

Where: Bowlers Exhibition Centre in Manchester

Having just concluded its successful 2022 edition, the team of horn-throwing, two-stepping, breakdown enthusiasts behind the heavy music festival took no time to declare their intention to bring the festival back to metal fans based around the North West of England and beyond, in November 2023.

No acts have been yet been announced for next November's instalment but if this year's lineup was anything to follow, gig-goers should be delighted. Headliners at Damnation 2022 included Converge, Godflesh and Despised Icon, to name but a few.

Snatch up your tickets for Damnation Festival 2023, before it's too late. 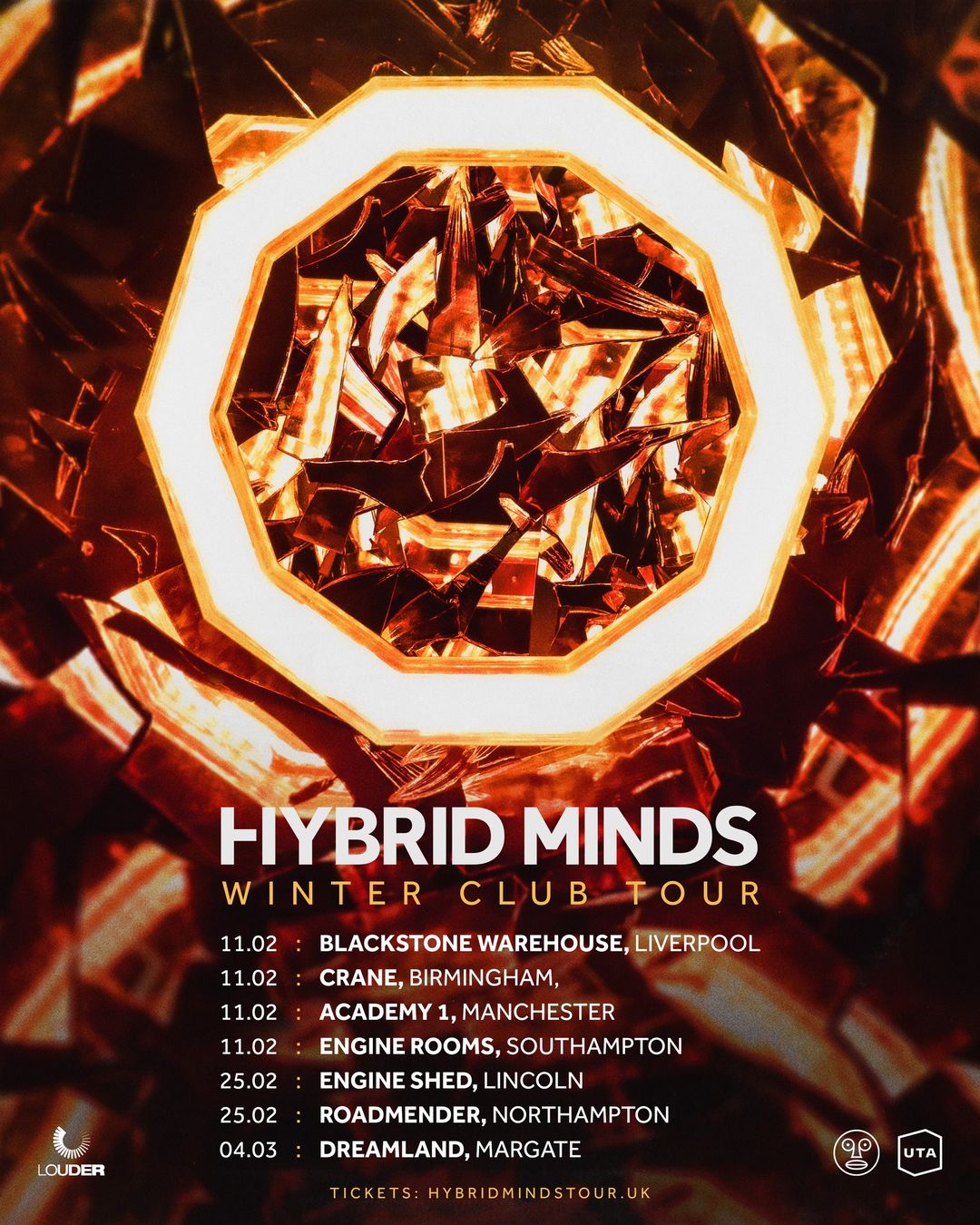 Drum n bass duo, Hybrid Minds will embark on a Winter Club Tour throughout the early part of 2023, with 7 appearances planned during February and March.

The bass music outfit made up of members and long-time friends, Josh White and Matthew Lowe, have enjoyed a mega year with bookings at in Ibiza and at various summertime festivals, including Creamfields South, El Dorado and Electric Woodlands, not to mention one epic takeover of London's Wembley OVO Arena.

In between their packed schedule, the pair have also found the time to produce and release new music, unleashing a score of singles over the course of 2022 including the latest, 'Castles', featuring Scottish singer-songwriter, Tom Walker.

Head to the link below now to get your hands on tickets to one of the dates listed on the tour poster above.

What to do on New Year's Day