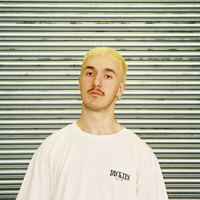 Franck, formerly known as VIGILE, has established himself as a key player in the techno and electro scene over the last couple of years. His debut EP release with London label Childsplay got him off to a good start, bagging a premiere with Mixmag and claiming DJ Mags Electro release of the month in their magazine. His subsequent releases garnered him more fans and helped him get some of his first international bookings.

The pandemic has given him time to transition into his new alias, Franck, where he has shifted his focus more towards the harder and faster style of techno. Since then he has released a slew of self-released EPs and has an EP forthcoming on R-Label later in 2022. The tracks have notoriously received support from some of techno's leading players in the scene such as VTSS, Somewhen, Shlomo, SPFDJ, KI/KI, and OTTA to name a few. He is part of the burgeoning hard dance scene in Scotland and is ready to captivate Europe with a growing fanbase.

The Scottish DJ and Producer is also responsible for the label/event series, Carouse. What started as a club night has blossomed into a label and he now runs it simultaneously under both functions. Since its inception, they have released a number of EPs and compilations from top producers all receiving a positive reception.

His unreleased track 'Hear The Sound' is taking the techno world by storm, racking up close to a million views on Instagram from the select few that have it playing it. Looks set to be one of the tracks of the year when it is released.

Franck has been mentioned in our news coverage

LDF after parties and Sunday line up revealed

Osunlade Interview: A Man With No Past Originating His Future

Fridays at Egg London in May

Here are the latest Franck mixes uploaded to Soundcloud.