We caught a performances from Sigma, M-22 plus headliners Nile Rodgers and Chic at LIMF 2019.

Sefton Park is one of Liverpool's most cherished green spots. The 235 acre space is a Grade 1 historic park located in the south of the city, and for the last few years has been home to the annual Liverpool International Music Festival, bringing over 30,000 people to the area for a celebration of an ever-evolving global music city.

Formerly known as the Liverpool Mathew Street Music Festival, it was once Europe's largest free music event, but since 2018 has become a paid, ticketed event. The organisers have dealt with a fair amount of backlash following the change, but never before has the festival seen line up as big as the past two years. Where else would you get to see Nile Rodgers and Chic for £11?

We attended the Saturday at the 2019 edition, which alongside Chic included artists such as Sigma, Ella Eyre, Yxng Bane, Maverick Sabre and Jazzie B. Setting up near the main stage with a blanket, we settled down with a few gins and a picnic that we'd brought in ourselves. With pretty hefty queues for all of the food vendors, bringing your own food is definitely a tip to pass on for next year.

Liverpool label 3Beat was celebrating its 30th birthday at LIMF with a brand new and exclusive live performance featuring over 30 musicians, accompanied by some special guests who were playing their biggest hits. Two-time Brit nominees and platinum-selling Sigma, British-German DJ duo M-22 and Liverpool-born house producer Anton Powers were all part of the collective.

They blasted through high-energy hits like Sigma's 'Nobody To Love' and 'Changing', then made our Saturday evening more dance-heavy with M-22's 'How Does It Feel'. When you see a performance like this, you realise how many tracks released by 3Beat have made it onto the airwaves and into most clubs around the UK. 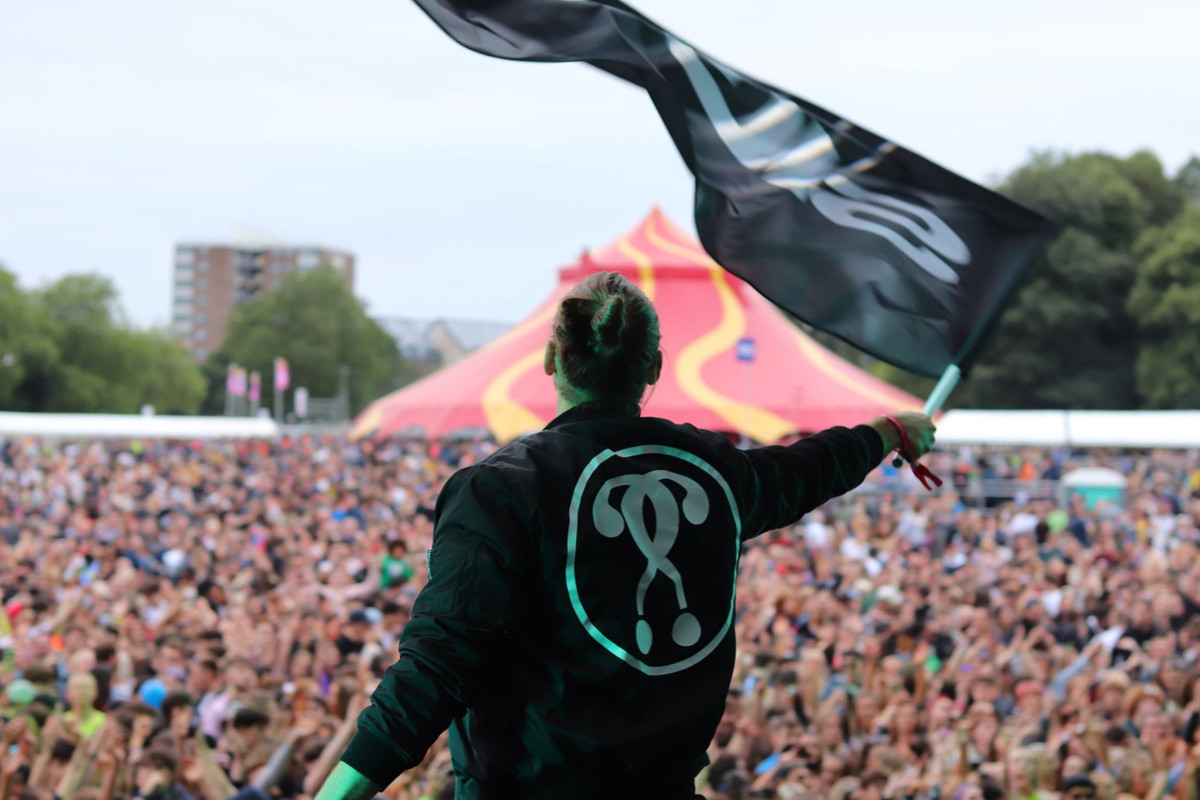 Across the other three stages, you could lap up music from local talents Tea Street Band and Peach Fuzz at the Music City Stage, which was curated in memory of The Zanzibar's Tony Butler. Norman Jay MBE was bringing his funk and soul sounds to the True School Club House, whilst DJ Ace and Kenny Allstar headed up the Shubz DJ Tent.

Following that 3Beat showcase, everyone grabbed their spots ready for this year's headliners - Nile Rodgers and Chic. A guaranteed good time, there's few acts on the planet which have so many songs which resonate with practically every age within the crowd.

They kicked off with 'Chic Cheer' as the band made their way on stage, with Rodgers kitted out in a black sequin blazer. They continued to work through all the classics, including 'Everybody Dance' and 'I Want Your Love' before playing some of the Nile Rodgers produced staples including David Bowie's 'Let's Dance' and Sister Sledge 'We Are Family'.

The crowd went crazy for his Daft Punk and Pharrell Williams collaboration 'Get Lucky', which Nile points out came at a time when he overcame cancer and promised to collaborate with as many artists as possible.

Closing with a medley of 'Good Times' and 'Rappers Delight' as the sun set over Sefton Park, Chic proved once again why they're the ultimate festival headliner. We look forward to seeing who takes the top spot for next year's LIMF.