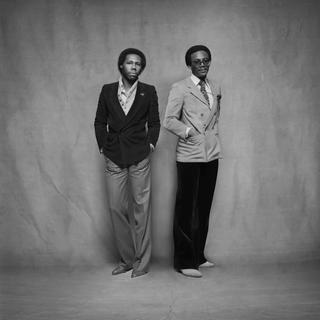 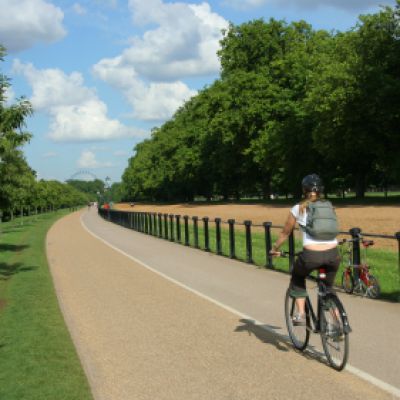 There can be little argument that Chic was disco's greatest band; and, working in a heavily producer-dominated field, they were most definitely a band. By the time Chic appeared in the late '70s, disco was already slipping into the excess that eventually caused its downfall. Chic bucked the trend by stripping disco's sound down to its basic elements; their funky, stylish grooves had an organic sense of interplay that was missing from many of their overproduced competitors. Chic's sound was anchored by the scratchy, James Brown-style rhythm guitar of Nile Rodgers and the indelible, widely imitated (sometimes outright stolen) bass lines of Bernard Edwards; as producers, they used keyboard and string embellishments economically, which kept the emphasis on rhythm. Chic's distinctive approach not only resulted in some of the finest dance singles of their time, but also helped create a template for urban funk, dance-pop, and even hip-hop in the post-disco era. Not coincidentally, Rodgers and Edwards wound up as two of the most successful producers of the '80s.

Rodgers and Edwards first met in 1970, when both were jazz-trained musicians fresh out of high school. Edwards had attended New York's High School for the Performing Arts and was working in a Bronx post office at the time, while Rodgers' early career also included stints in the folk group New World Rising and the Apollo Theater house orchestra. Around 1972, Rodgers and Edwards formed a jazz-rock fusion group called the Big Apple Band. This outfit moonlighted as a backup band, touring behind smooth soul vocal group New York City in the wake of their 1973 hit "I'm Doin' Fine Now." After New York City broke up, the Big Apple Band hit the road with Carol Douglas for a few months, and Rodgers and Edwards decided to make a go of it on their own toward the end of 1976. At first they switched their aspirations from fusion to new wave, briefly performing as Allah & the Knife Wielding Punks, but quickly settled into dance music. They enlisted onetime Labelle drummer Tony Thompson and female vocalists Norma Jean Wright and Alfa Anderson, and changed their name to Chic in summer 1977 so as to avoid confusion with Walter Murphy & the Big Apple Band (who'd just hit big with "A Fifth of Beethoven").

Chic has been mentioned in our news coverage

Below is a sample playlists for Chic taken from spotify.

Do you promote/manage Chic? Login to our free Promotion Centre to update these details.