Sean Crowther was there to witness the first ever Hacienda Classical event as Graeme Park, Mike Pickering, Peter Hook and Shaun Ryder played their part in an unforgettable night.

A revival of Manchester's acid-house glory days and a 70-piece classical orchestra - not necessarily two visions you'd naturally mesh together. This was a hotly-anticipated clash though, with tickets for the Hacienda Classical Bridgewater Hall nights flying out almost instantaneously.

We arrived at the venue with mixed expectations - a Hacienda renaissance usually conjures images of a sweltering, electrically-charged room where the energy continues way into the early hours of the morning. It was an ambitious task by the club's owner Peter Hook, but how the hell do you dress for a night like this and how do you act!?

One look around the auditorium and unlike many of Manchester's current house nights, it was refreshingly diverse in terms of gender and age. Many, like us, didn't really know what kind of behaviour was socially acceptable for this kind of gig and as whistling and cheering echoed through the £42m venue, we awaited the introduction seated.

Proceedings kicked off in true 'Madchester' style with Moss Side's MC Tunes acting as hype man to get the crowd going. Veterans of the game, Graeme Park and Mike Pickering took to the stage with rapturous applause from those who owe many great nights of their youth to them and equally, many youngsters grateful for what the pair started for this city.

Conductor Tim Crooke began to navigate the instruments as the funky piano beats of T Coy's 'Carino' creeped through and bodies along the bottom and top deck began to rise as worshippers to the sounds which made this club and its brand so famous.

Powerful sounds of the six-piece AMC gospel choir came into force as Robert Owens' 'I'll Be Your Friend' rang out, but it felt drowned by the 2,000 person crowd, whose noise would have been on par with a Manchester derby.

The distinctive bass of A Guy Called Gerald's 'Voodoo Ray' (above) thumped out and was met with adulation from the revellers. But despite it being one of the most infamous acid house anthems of the eighties, not even Bez's baboon-like dancing was enough to distract from the overpowering rumble of the crowd and the inability to hear all of the orchestra.

In true Mancunian fashion, it promoted one person around us to shout, 'Oi have a word with yourself!' towards the stage. But as 808 State’s 'Pacific State' started to play, it seemed as if someone possibly did have a word and the perfect string compositions from the Manchester Camerata orchestra became both noticeable and striking.

The venue erupted and the fever of Manchester's infamous Second Summer of Love felt truly infectious as the classic house sounds of Chicago pumped through for Kenny Jammin' Jason's 'Can U Dance.'

The surprises of the night didn't end there. Peter Hook took the stage for a rendition of New Order's 'Blue Monday' (below) and despite the undeniable class of his bass playing, it was his vocals that really cranked up the pace again.

A mass sing-a-long ensued as Joe Smooth's 'Promised Land' sent the crowd into a frenzy of true nostalgia, arms round one another. One glance around and it was truly reminiscent of the grainy black and white images of nights at the former club on Whitworth Street.

The visual planning for the night also deserves due recognition -  the electro beats and slams from the claves were timed to perfection with lights that stained the room with green and purple hues and the disco ball that craned down was a great touch.

The place got riled up as the encore saw a surprise cameo from Shaun Ryder and Rowetta - they were invited on stage by MC Tunes who roared to the crowd, "This is how they imagined this tune in their bedroom." It's hard to say whether their performance of 'Hallelujah' suited a classical remedy, but the crowd lapped up every second of the iconoclastic hit, complete with frenzied moves from Bez. 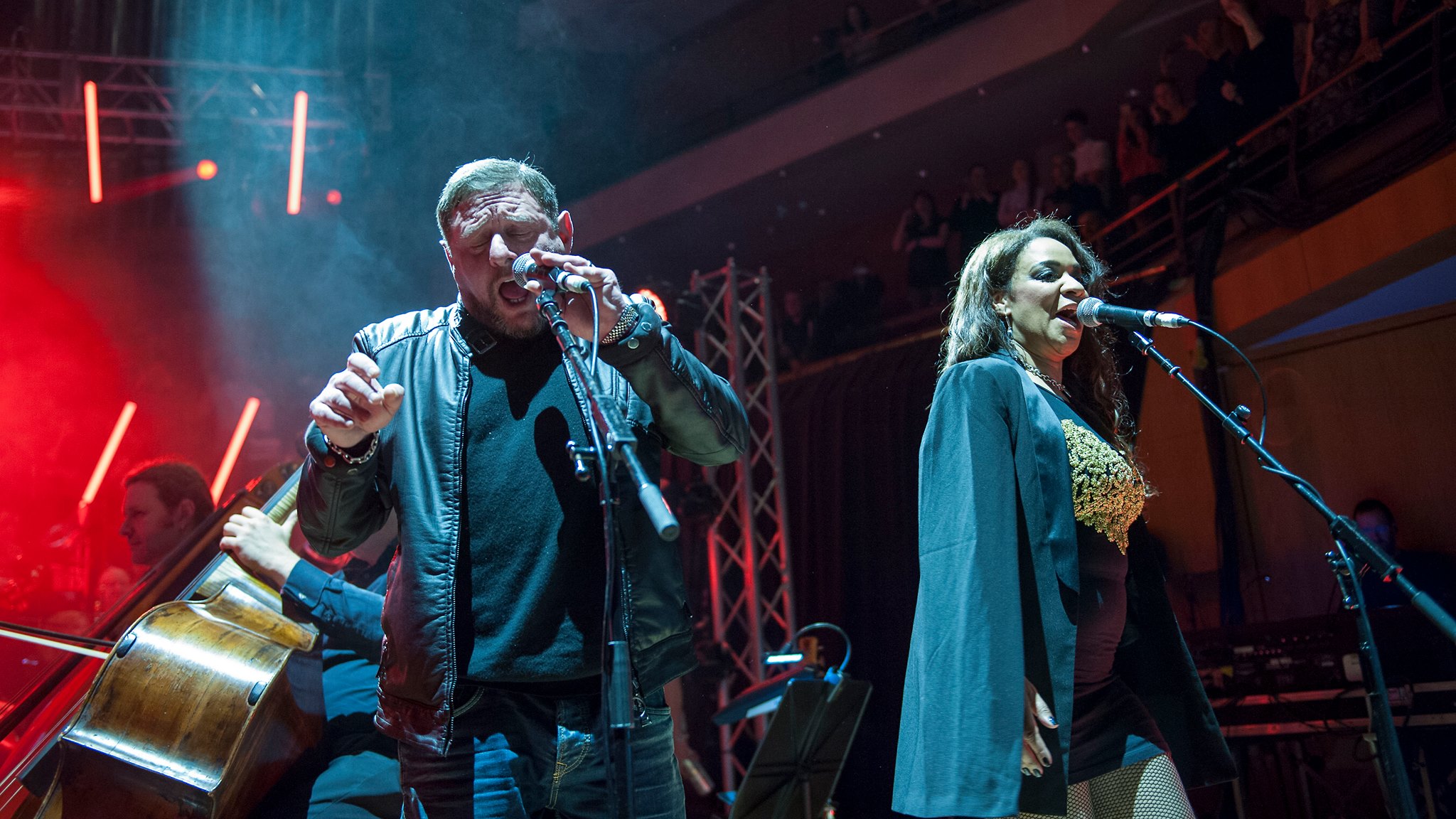 The 90-minute musical journey was wrapped up by Rowetta's rendition of 'You’ve Got The Love'. In a tweet after the event, Rowetta said she was "totally inspired" by the singer of the original, Candi Staton. It's safe to say that the combination of power and soul behind her voice and the crowd bursting into ecstasy for this timeless classic, made for apt and unforgettable ending.

As we flooded out into the chilly February evening, it seemed the risqué and adventurous feat of Hooky and the Manchester Camerata orchestra succeeded in re-injecting life in to the vintage sounds of such an iconic era. It was both a fantastic and nostalgic revival of many people's partying heydays and a timely reminder of the city's unrivalled musical heritage.

Find more Hacienda Classical events and get your tickets

Here are the next 4 upcoming events At Bridgewater Hall, Manchester

Sir Mark shares the podium for the next instalment of the Beethoven symphonies with Ben Gernon, Prin...

Stephen Bell conducts The Hall? in a night of Russian ballet classics including works from Tchaikovs...

Beyond the Score? offers concert-goers a ‘dramatic exploration’ of Beethoven’s ico...

Beyond the Score? offers concert-goers a ‘dramatic exploration’ of Beethoven’s ico...