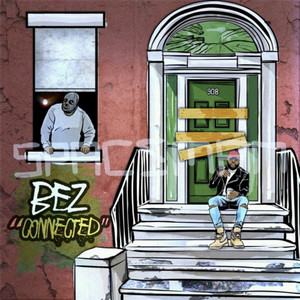 This Is How It Feels

Mark Berry (born 18 April 1964), commonly known as Bez or Marky Mark (and occasionally credited as Bez "Bez" Bez), is a British dancer and percussionist. He was a member and the mascot of Salford band Happy Mondays, having been invited in by lead singer Shaun Ryder shortly after the band was formed. He is chiefly remembered for his bizarre style of dancing, and use of the maracas - the Mondays' second single was called "Freaky Dancin'" in tribute. He is reputed to have a high tolerance for hallucinogenic drugs. When asked by a music journalist why he took so many drugs he replied simply, "because it's my job".

After the Mondays broke up, Bez became a member of Black Grape, a group founded by Mondays band-mate Shaun Ryder, but he left in 1997 over artistic differences. In 1997 he had a feature on the BBC Two television programme The Sunday Show called "Science with Bez". When both faced large tax bills, he and Ryder reconciled and reformed the Happy Mondays in 1998.

Bez has been mentioned in our news coverage

AO Arena in Manchester to host premier of BoxStarUK

Below is a sample playlists for Bez taken from spotify.

Do you promote/manage Bez? Login to our free Promotion Centre to update these details.