A pioneering DJ, a prominent figure in rave culture, and the frontman, songwriter and producer for psychedelic dance band The Shamen, we took a look at the incredible career of Mr C.

Those who recognise the name Mr C will likely be familiar with the DJ's illustrious past, including the role he played in tricking radio DJs into airing his band's iconic track about enjoying certain illicit substances. The song, disguised as the story of a man named Ebeneezer Goode, ironically hit #1 in the UK charts during the BBC’s drugs awareness week in 1992.

But that’s only a fraction of the iconic career that Mr C has led.

Between his role in The Shamen, his pioneering DJ career, and his multiple other projects, including opening a legendary nightclub, Mr C has been vital to electronic music since day one.

Mr C’s career began at the age of 16 when he started to make a name for himself as a talented MC in London’s nightclubs. This led to him securing a residency as a rapper at Camden Palace and MC-ing for Colin Faver on Kiss FM, a pirate radio station at the time.

But his career really started to take shape when, in late 1986, under the name of Myster-E, he recorded his first house track, Page 67, with Evil Eddie Richards. It was following the track's release that Mr C knew he wanted to begin creating his own music as well as doing vocals. So he took to the decks...

Evidently brimming with natural abilities, Mr C quickly secured multiple residencies. An innovator, Mr C always stayed ahead of trends, playing acid, deep house, and then tech house before they were popular. With rave culture taking off, he couldn’t have gotten involved at a better time, making a name for himself as a vital figure in its development in more ways than one.

In 1995, Mr C opened the nightclub The End in London with his partner Layo Paskin (of Layo and Bushwacka!). The club played various genres, including techno, house, dubstep, breakbeat, and drum and bass music.

The End was a huge success and saw some of the world’s greatest DJs on its decks, including Roni Size, Stewart Essence, Zero 7, Erol Alkan, and Fatboy Slim who, at the time, hit number one in the UK charts with Praise You. With such great DJs and an addictive atmosphere, the club earned a fantastic reputation until its closure in 2009, ending on a high with a 24-hour closing party.

When it came to releasing his own music, Mr C did so under multiple names, including Myster-E, Bass Bureau, Unity 2, Nu Jacks, and many others. But his most famous work was with psychedelic dance band The Shamen, in which he assumed the role of frontman, songwriter, and producer.

Their most successful track was, of course, Ebeneezer Goode, which reached number one in the UK, Ireland, and Israel. Other popular tracks by the band include Move Any Mountain, Phorever People, and L.S.I.: Love Sex Intelligence.

The tracks climbed the charts across the world, and their 1992 album Boss Drum went double platinum in the UK. Following the album's release, the band were awarded the highly prestigious Ivor Novello Award for Songwriters of the Year.

Deeply passionate about music, Mr C then founded the events company Superfreq in 2002. His events went global, with parties going down in the UK, America, Canada, Europe, and Asia, including a full season of weekly parties in Ibiza in its first year. Superfreq events still run to this day.

In 2003, Mr C created a record label of the same name. The Superfreq label got off to a slow start, releasing 8 EPs and a mix-set, before entering a period of dormancy before relaunching in 2013 and releasing over forty EPs and two full-length albums. Both LPs were Mr C’s own, titled Smell The Coffee (2013) and Incidents (2017).

An absolute gift to electronic music, Mr C has made a significant contribution to the scene over the years but seems to have no plans of slowing down with multiple shows coming up in 2022, including Sessions presents Mr C in Darwen. Secure your Mr C tickets now for what’s destined to be one of the best parties of the year below.

Here are the next 3 upcoming events At Sunbird Records, Darwen 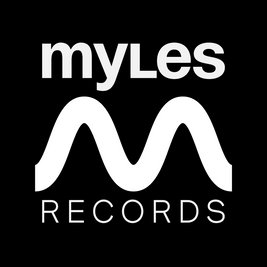 Following from The Launch we are back in Darwen. Combining different sounds into one nights, Myles R...

Following from The Launch we are back in Darwen. Combining different sounds into one nights, Myles R... 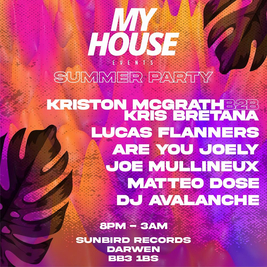