» News and Features » The Festival Experience with... Sonny Fodera

The Festival Experience with... Sonny Fodera

We caught up with the Australian don to talk fatherhood and all things festivals ahead of SW4.

Australian powerhouse DJ Sonny Fodera is seemingly unstoppable. As well as delivering massive sets around the world, including huge tours of the UK and America, along with regular slots at Amnesia, DC10, and other popular Ibiza haunts, Sonny has recently become a father.

Ivy Sky Fodera was welcomed into the world back in May, however the summer has still proven to be an unrelenting procession of dates for her father, who has further proven that he truly is a must-see act wherever he finds himself.

As well as delivering knockout shows, Sonny dropped the deluxe edition of 2016 album Frequently Flying back in June, featuring massive hook ups with the likes of Low Steppa, Yasmin, Alex Mills and more, adding more fire to his Defected discography.

There's still more to come with Sonny playing at this year's SW4, and ahead of that date we spoke to him about some of his favourite festival experiences.

Bringing home the most beautiful girl in the world, Ivy Sky Fodera 👶💕❤️🙏 30th of May 2017 pic.twitter.com/MqCMLmLX6i

Hi Sonny how are you? You must be very busy at the moment now festival season is underway? And also you just had a child, how exciting!! Congrats!

Hey! I'm good thanks. Very busy, but it's been an amazing summer so far. I've played some really fun festivals including We Are FSTVL, Hideout, Eastern Electrics, Beatherder, Electric Forest, Electric Island, Tomorrowland and at the end of this month I have SW4 and Creamfields. I love being a Dad- it's definitely keeps me focused and my daughter is beautiful.

What three things make for a great dance music festival and why?

1. The sound system because this is key to people hearing your music sounding its very best. 2. The visuals because this creates the vibe. 3. The artists of course- if the line up is good then the festival often is too.

Which festivals abroad do you like playing at the most? Which countries are your favourite to play in and visit?

Hideout, Crssd Festival San Diego and Defected Croatia have been my favourites to play at so far. America, Brazil and Spain are always fun to visit.

Are festival arenas a good place to try new out music? Do you party at every festival you play or do you have to tone it down sometimes?

Yes for sure, festivals are where I get some of my best reactions! Partying at the festivals I'm playing at kind of depends on my schedule and who I'm hanging out with. If I'm with a bunch of friends and haven't got anything else on around it I'll have a little party. If not I'll be more in and out.

What are your earliest festival memories, did you go to a festival as a DJ or a punter first? Where did you first go?

As a punter I went to Big Day Out festival when I was 13 back in Australia, I saw the Foo Fighters and Rage Against the Machine. It was awesome.

Overall what is the craziest/ most memorable/ most amazing thing you have experienced at a festival?

Sunrise at hide out festival 2016. The stage ended up being completely packed out and the response from the crowd was one of the best ever! It really was unbelievable and an unforgettable set.

Who are the best acts you have witnessed at a festival?

Carl Cox, Loco Dice, Richie Hawtin, Claude Vonstroke, Skepta and Stormzy. The energy the grime guys bring to a crowd is unreal. The effects also from the other dudes has been an amazing thing to witness.

You have played some massive festivals this summer - do you have time to get excited about the festivals and the line ups themselves?

I get a little time but not much, maybe the day leading up to the festival. I'm just super jam packed this summer so every week brings something new and fun. If there is someone I really like playing I'll try my best to catch their sets! It's definitely cool to see what other people are getting up to.

Here is the next upcoming event At Clapham Common, London 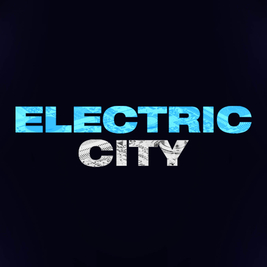 This event has been Postponed until 21st Aug 2022

A brand-new showcase for 2022, the city is set to be powered by the biggest names in bass.