We've sifted through the many, recently announced theatre shows, musicals and comedy events set to take place across the UK this year, picking out our 'best of the bunch' to help you plan for better days in 2021

Almost a whole month into the new year and the events are already coming in thick and fast.

With normal times set to return in the not-too-distant future, the UK's many auditoriums, concert halls and arenas have already begun making preparations. Seats have been dusted down, the fridges stocked, lighting checked and the stages set, all in anticipation of welcoming the public once more.

Venue listings and calendars throughout Britain are quickly filling up, as a number of critically acclaimed international theatre productions confirm their UK tour dates and take up residence in theatres across the English capital. Along with the big broadway names, there's an abundance of domestic shows also waiting to be discovered, including a certain, popular TV dance spectacle that's set to head out around the UK in 2022.

With so many fantastic options on offer, the task of deciding which show to attend can sometimes be quite overwhelming. So, to assist you in making the right choice, we've done the leg work for you. We've searched, sifted and sorted through a vast number of newly announced events, carefully selecting three of our favourite shows, plays and musicals that you can attend in 2021 and beyond.

Check out our selections below...

Get Up, Stand Up! The Bob Marley Musical 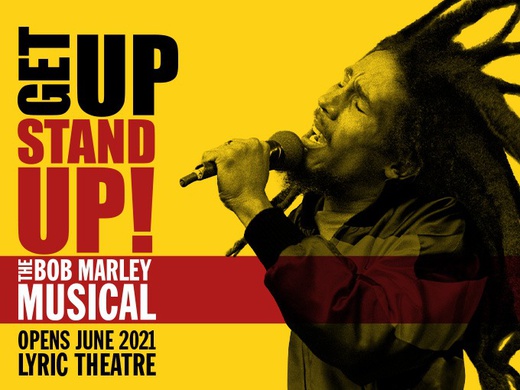 Celebrating the life of one of the world's biggest reggae superstars - Bob Marley, 'Get up, Stand Up!' is the brand new musical from award winning playwright Lee Hall (Billy Elliot The Musical), that's set to wow audiences in London from May 2021 onwards.

Directed by Clint Dyer, the first black British artist to direct a West End musical (Big Life), and featuring Arinzé Kene as Bob Marley, the production depicts the journey of the iconic jamaican legend - from poverty stricken Trench Town to stages around the world.

Witness Marley's many platinum selling hits, from 'Exodus' and 'No Woman No Cry' to 'Three Little Birds', ‘I Shot the Sheriff’, and 'Redemption Song', performed live by a wealth of world-class musicians and performers.

An absolute must-see for fans of the rasta hero.

Find tickets for 'Get up, Stand Up!' here 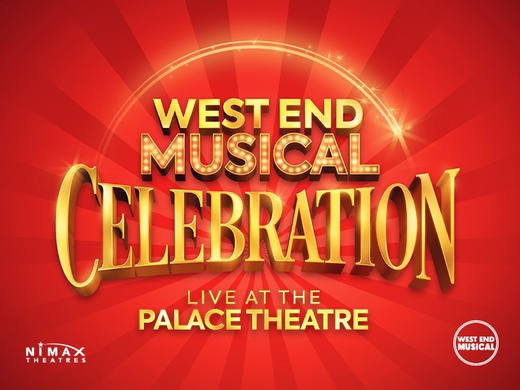 Celebrate the return of live theatre this May, at London's Palace Theatre, with an all singing, all dancing show packed full of musical theatres most famous and acclaimed songs. Join in with the cast at this immersive show and step into the world of musicals. A truly one-of-a-kind experience!

The show, produced by Shanay Holmes and Chris Steward, and directed by Tom Jackson Greaves, will feature as part of Nimax Theatre’s season of socially distanced shows, with a percentage of all profits being donated to The Theatre Support Fund+.

Running from the 6th to 9th May 2021, theatre goers will be given the opportunity to attend one of six limited showings.

The cast for this production is yet to be announced. 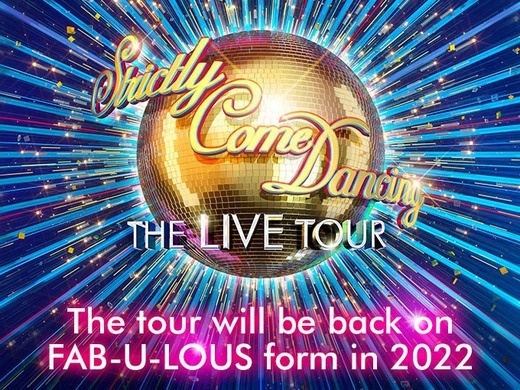 Duration: To be confirmed

Dust off your dancing shoes - 'The Strictly Come Dancing Live Tour' is back!

Following the cancellation of this years scheduled tour, due to the ongoing Coronavirus pandemic, the producers of the Strictly tour have announced that the show will return to arena's across the British Isles in 2022, with a host of celebrities and professional dancers due to appear.

Set to entertain audiences in Birmingham, Leeds, Newcastle, Nottingham, London, Manchester, Sheffield, Liverpool and Glasgow (More dates yet to be confirmed), the tour will foxtrot, waltz and tango it's way around the UK, with up to 33 shows confirmed to take place so far.

Don't miss your chance to witness this dance extravaganza at an arena near you, in 2022!