Several of the UK's most popular live music festivals have recently revealed the dates on which they will return in the summer season of 2023, and the news is giving us life here at Skiddle.

Acting as the perfect antidote to the cold and dreary weather outside, we're already daydreaming about the return of those long summer days; standing arm-in-arm with our closest festival-revelling compadres, moshing and dancing and singing along to world-class headline acts and DJs.

Creamfields North, One Out Festival and Boundary Brighton are just some of those with tickets now on sale, featured in this week's New On Skiddle. And in the meantime, to see us through until the beginning of festival season 2023, there's still a multitude of epic music, food, comedy and sporting happenings just waiting to be experienced.

Browse through some of those aforementioned epic experiences in the list below, and grab yourself a ticket whilst you still can...

(Click or tap on the event titles, artists or venue names for tickets and more) 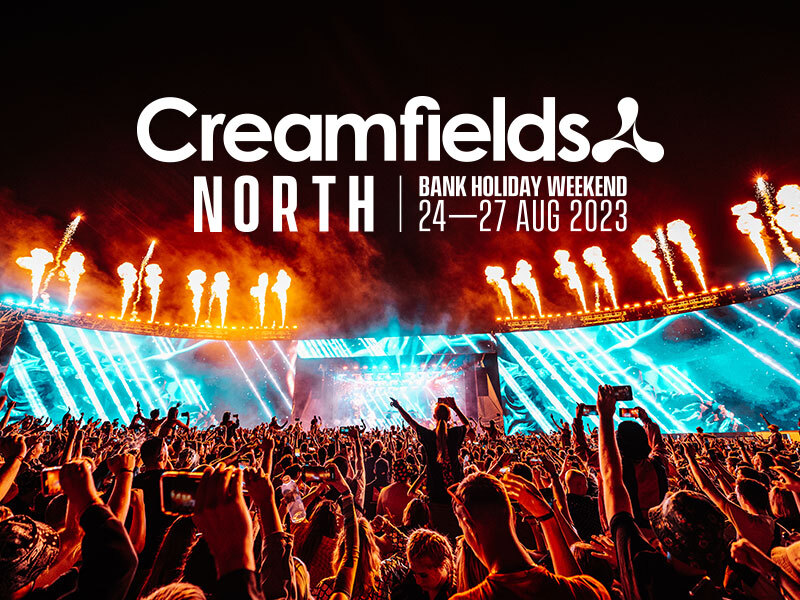 Where: Daresbury in Cheshire

Taking over the August Bank Holiday weekend - from Thursday 24th to Sunday 27th August 2023 - the UK's leading electronic music event will once again deliver what many have come to regard as the best lineup in dance music this side of the Atlantic.

Following on from this year's 25th-anniversary celebrations, next year's edition will go even harder as over 300 of the world’s most in-demand electronic names take to the festival's ground-breaking stages, to perform a score of house, techno, drum n bass, trance and rave anthems.

Tickets, we can absolutely assure you, will sell out for Creamfields North 2023. They always do. Don't hang about, get yours now.

Where: Stanmer Park in Brighton

Another mammoth music festival returning in 2023. The south coast's largest open-air music gathering spans across a gobsmacking 60-mile radius, complete with four striking stages where, customarily, punters can witness some of the most sought-after names in electronic music doing what they do best. But don't just go for the music...

Supplying that authentic Brighton spirit, the festival proudly supports a handful of local brands that deliver delicious local delicacies and other unexpected treats. There's also a vintage amusement park to be enjoyed, for all you white-knuckle thrill-seekers.

Push your festival-going experience right to the limit next summer at Boundary Brighton.

Central Cee at The Warehouse Project 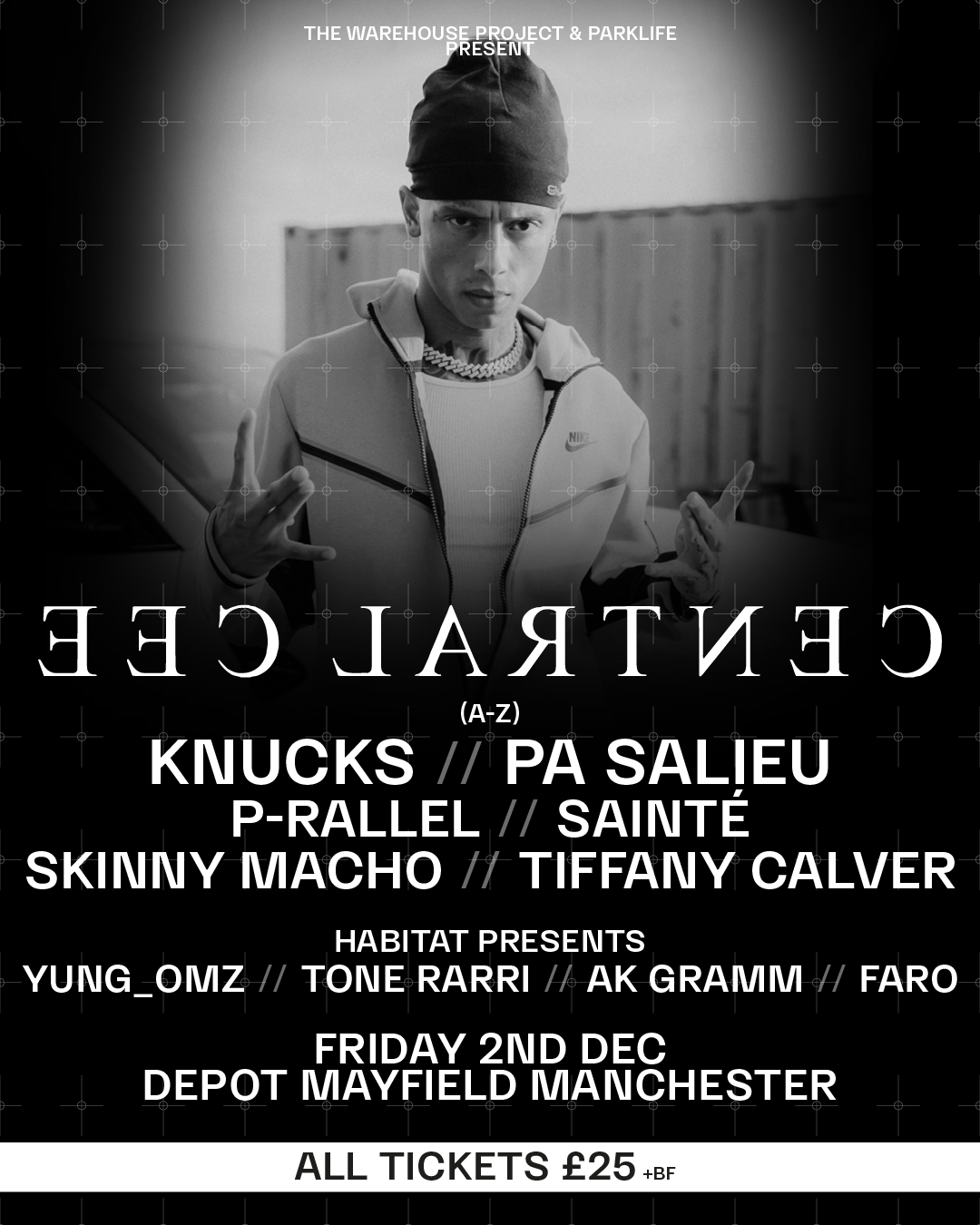 Rising emcee name, Central Cee or 'Cench' has been announced as The Warehouse Project's latest headline act. The 24-year-old has rapidly established a foothold at the very top of the UK's rap scene with his lyrical talents gaining him much love and attention not only here on home soil, but over in the states.

Recently hitting number 1 in the UK charts with his latest mixtape, 23, his career trajectory has since changed dramatically. With the stars now fully in his sights, he'll take command of the Depot Mayfield this December to showcase his world-renowned skill in front of up to 10,000 eager hip-hop fans.

Find tickets for Central Cee at The Warehouse Project - here

Melting Pot presents A Night At The Museum 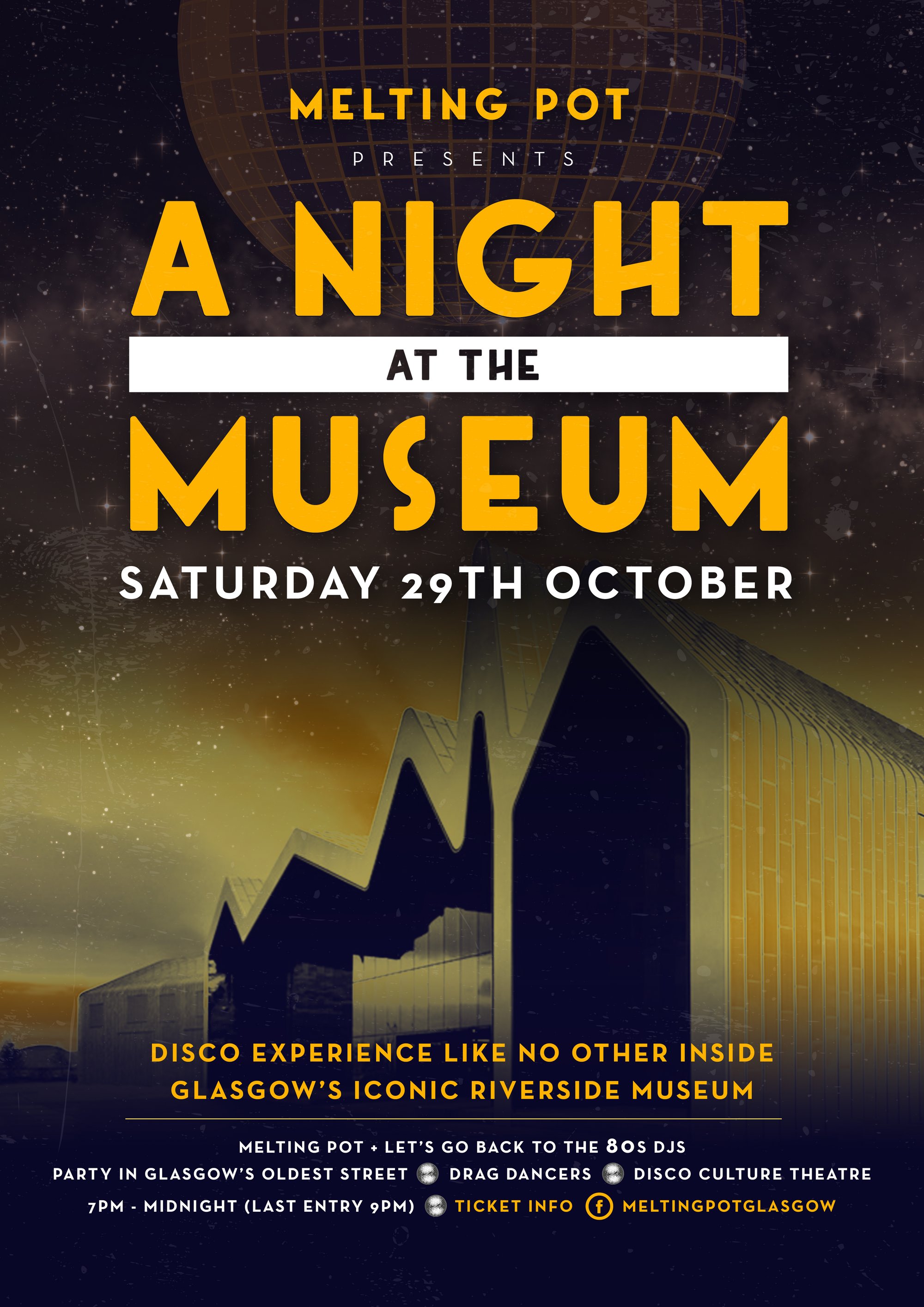 Where: Riverside Museum in Glasgow

People of Glasgow - 'Decadence, excess, glamour and music' is the order of things at Melting Pot's upcoming Halloween shindig.

Residing over the Riverside Museum for one night only, the dependable team behind the brand will deliver a one-of-a-kind occasion to celebrate the coming of All Hallows Eve, in what is easily one of the city's most remarkable venues.

Guests will be encouraged to adorn fancy dress and immerse themselves at one of the most incredible parties of the year. A first-rate soundtrack will highlight the blueprint for modern-day dance music, featuring the records that influenced the disco phenomenon of New York in the ‘70s and altered music and clubbing forever.

Look out for the Balearic cocktail bar and the original Ghostbusters Car, Ecto-1, which is arriving at the museum, especially for Halloween.

Festivals, festivals and even more festivals. Can we fast forward to summer 2023 already? Please?

It went OFF at Apps Court Farm this year and much more of the same is on the cards for next September's One Out Festival. So what can you expect at this now highly anticipated annual festival event? A stunning location in the heart of the county with luscious green fields all around, a near unparalleled bill of electronic titans (this year's headliners included the likes of Roger Sanchez and Hannah Wants) and multiple stages boasting jaw-dropping production and the very best in house and disco.

Located in London and already longing for a summer escape next year? Look no further. A rejuvenating break and a party all rolled into one - One Out Festival is where it's at.

Find tickets for One Out Festival 2023 - here 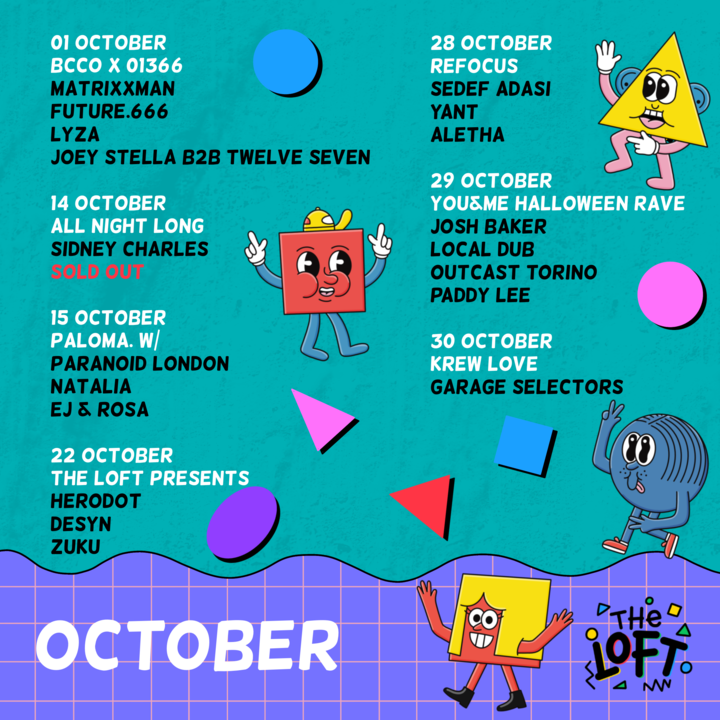 Where: The Loft MCR in Manchester

Manchester venue, The Loft has unveiled an impressive list of parties to see us right through the month of October, presenting a spectrum of heavyweight headliners alongside some of the best new wave DJs from across the globe and the city's ever-growing pool of skilled selectors.

Appearing across 6 stellar events, esteemed DJ names and collectives the likes of Paranoid London, 01366, Matrixxman, Future.666, Lyza, Yant, PALOMA. and many more will curate a next-level soundtrack, traversing through an eclectic mix of electronic genres - from acid house and techno to garage and electro.

Experience mesmerising, high-energy sets in Manchester's most intimate rave space this month. Tickets and more details are on the link below... 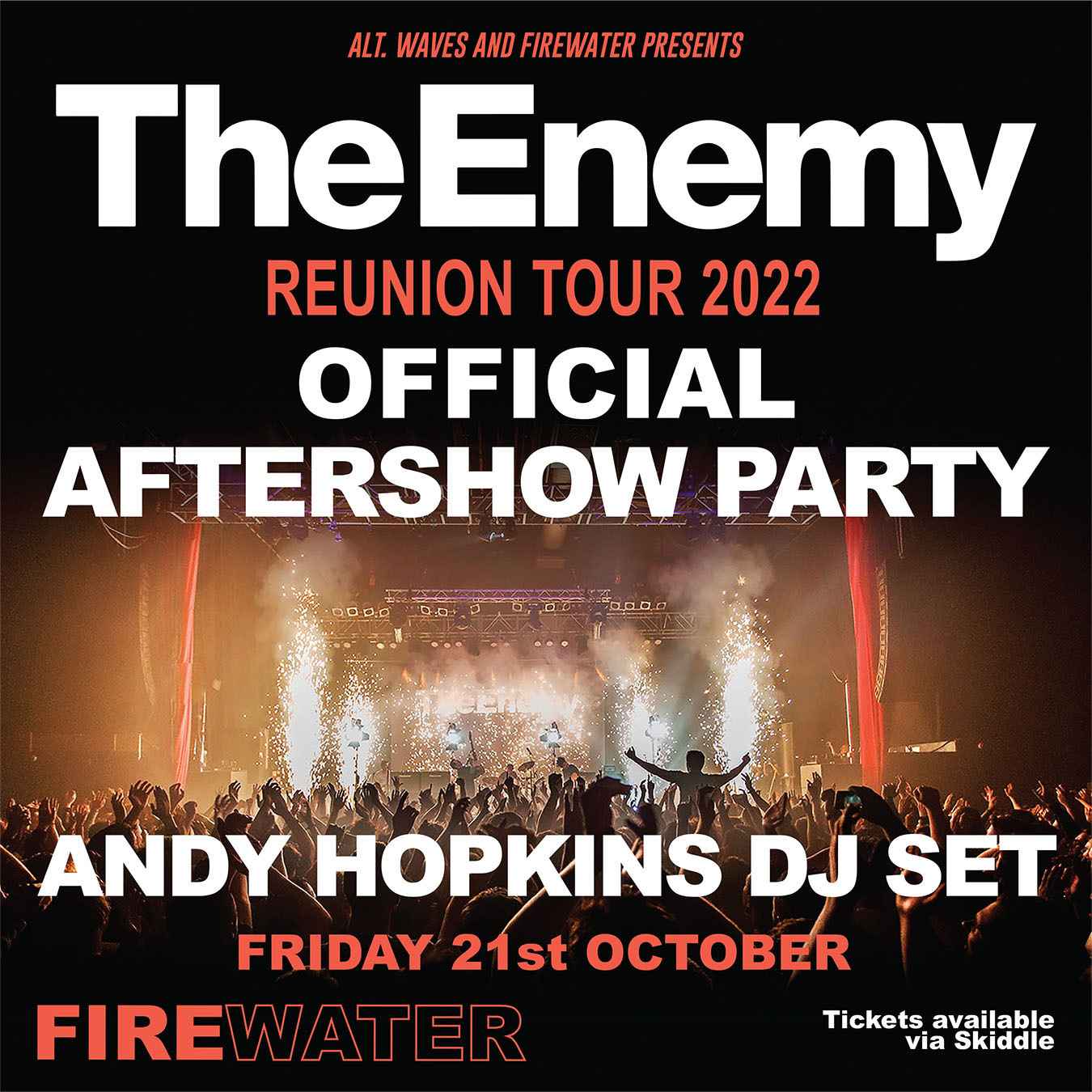 Where: Firewater in Glasgow

Noughties indie icons, The Enemy have made their long-overdue return to the stage this year, announcing a 'Reunion Tour' which will take the much-loved three-piece to cities across the UK throughout October and November. One of the 20 scheduled stop-offs on the ongoing run of dates is Scotland's city of culture, Glasgow.

Tickets for the event at the O2 Academy have, unsurprisingly, all sold out. However, should you wish to party with the band into the wee hours on Saturday 21st October, an afterparty is being held at Firewater - an underground bar and venue situated on Glasgow's infamous Sauchiehall Street.

Tickets are in high demand. Get them now before it's too late. 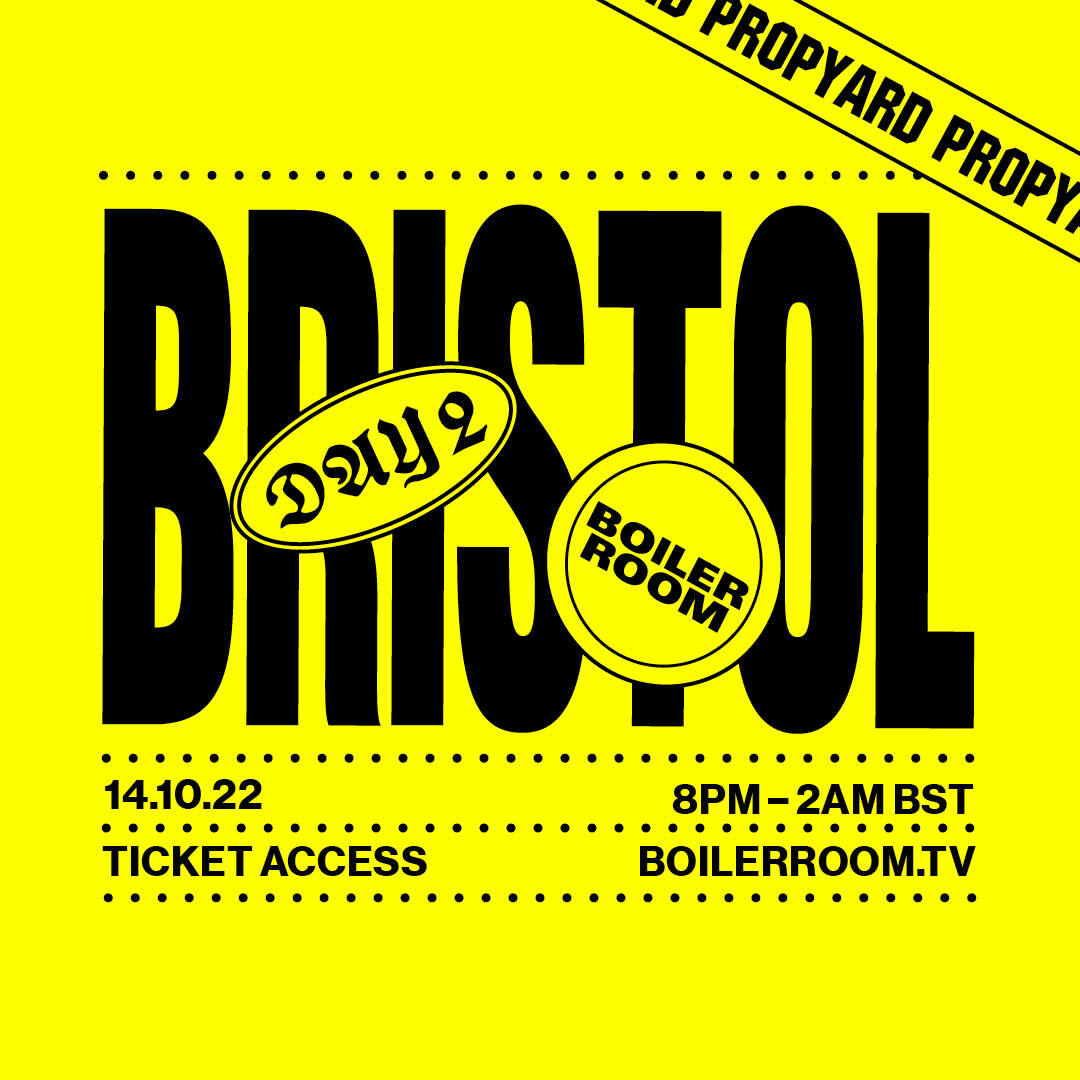 Infamous underground music broadcaster and party collective, Boiler Room have added another date at Bristol's Propyard this month in response to the high demand for tickets for the now sold-out, first announced show.

The second takeover of the venue, a former factory turned platform for quality food, art and live music, will see an all-new lineup commandeering the in-house sound system from 8 pm until 2 am the following day, with details of the lineup being announced this week.

Electronic acts the likes of Skin On Skin, Kilimanjaro, Surusinghe, A For Alphaaa and a very special guest, also yet to be announced, will supply the vibes during Saturday's sold-out all-dayer. Expect the same high standard of talent on the bill, on Friday 14th October. 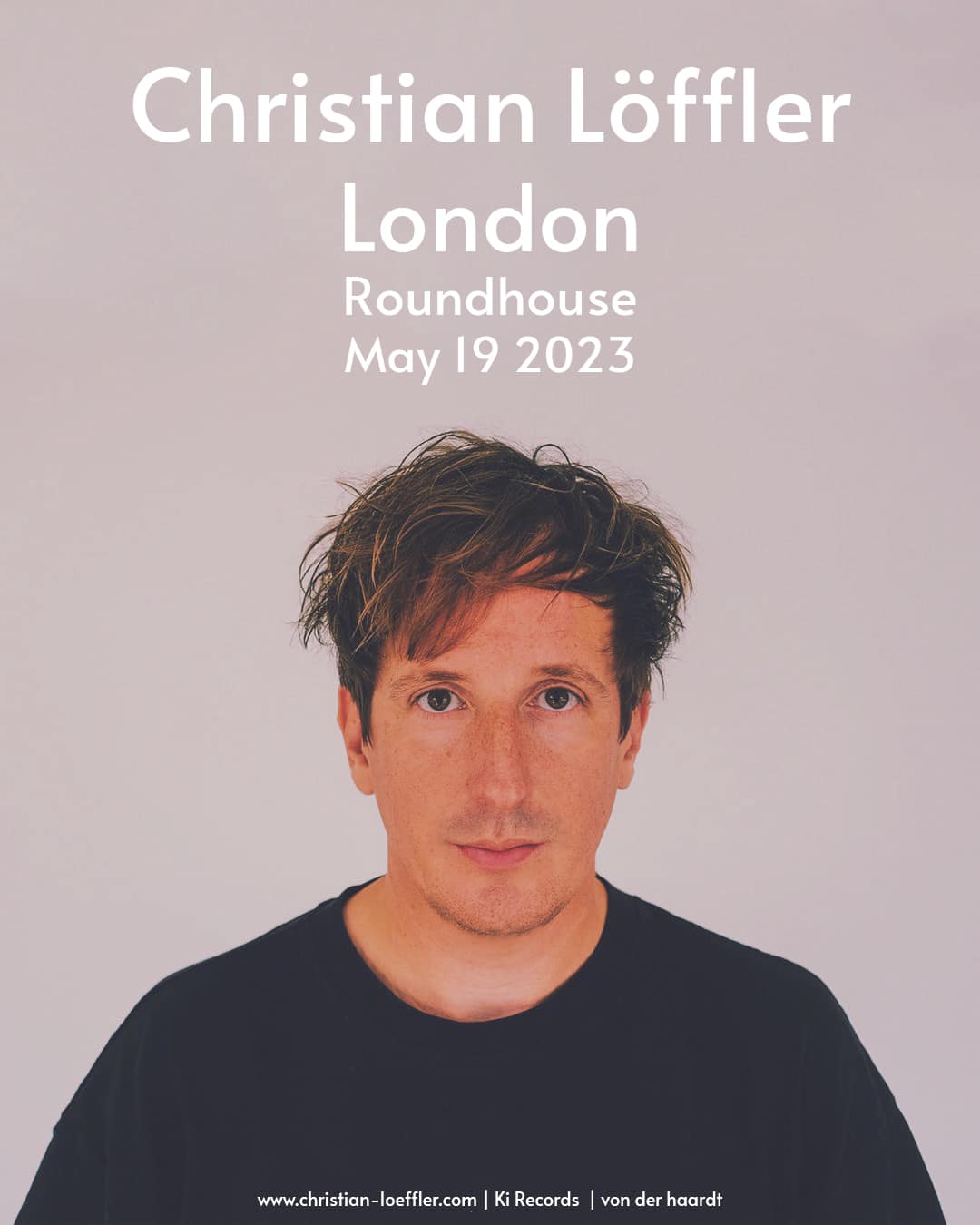 Where: Roundhouse in London

Self-taught producer, instrumentalist and visual artist, Christian Löffler brings his distinct melancholic sound to London's Roadhouse next year, as part of a short run of dates around Europe in May.

Parallels focuses specifically on reworking Beethoven's classical arrangements with Löffler stating, "When listening to the recordings, I got the idea that Beethoven’s music was actually very human and accessible but became somewhat unearthly with decades of replaying and overthinking. I wanted to bring it back to the very basic feels."

Check out his latest single, 'New Fires', below and grab tickets to see the intriguing soundscape designer on the link...

The best Halloween events to attend for families