One man acid machine Heretic talks us through five of his favourite records from the genre ahead of Beats of Rage this weekend.

As one half of lauded disco, house and techno double team Eskimo Twins, Timothy Clerkin has been an established name across Europe for some time now, having held down residencies in both the UK and Ibiza and releasing a formidable run of productions that stretch all the way back to 2009.

Having worked away on his own material for some time, Clerkin recently brought to light his solo project under the pseudonym Heretic, which has seen the London-based producer use themes of scientific progress and religious apostasy to delve into grittier, more acidic territory - drawing inspiration from acts as diverse as My Bloody Valentine and Aphex Twin whilst keeping things primed for the dingiest of dance floors.

Killer releases on labels like Abode, Days of Being Wild and Relish have further established Heretic's rugged, hallucinogenic but equally ferocious approach to dance music, with footholds in EBM, indie, techno, acid house and the cosmic weirdness of A Love From Outer Space - hear that in his outstanding Nein Records mix above.

Ahead of his set for the Beats of Rage All-Dayer at Preston's The Ferret on June 20th, we got in touch with Heretic to find out about his five favourite acid records of all time.

This is one of my favourites of all time, never mind just my top acid track. Great chords, great programming, great synths; utter perfection. I always play it when I DJ.

This was one of my first acid records, I think a girlfriend bought me it when I was a teenager – I probably owe her for that really, this has been a massive influence on me. It’s weird and disgustingly heavy. I fucking love it.

Quite new, this one, but I haven’t been able to stop listening to it recently. It’s a bit of an odyssey - 16 minutes of mega-acid!

Another one I always play out. It’s a bit silly, which I like, but that riff is absolutely killer. Jori Hulkkonen & Jesper Dahlbäck are two of my favourite producers too, I love what they do as Kebacid.

I've tried to steer clear of the 'classic' acid tracks here - the ones we all know and love and that certainly don’t need to be referenced again by me. But this has to get an honourable mention as it’s been a huge influence on me. I was about 20 when I first heard it, I then spent the next 18 months ripping it off! Shamelessly, at that.

Heretic joins Black, isaacSMILE, Simba, TF Wizard, Bail, Hindle and a lot more for a 13 hour Beats of Rage takeover at The Ferret on Saturday June 20th. Get your tickets here.

Upcoming Events At The Ferret, Preston

Here are the next 4 upcoming events At The Ferret, Preston 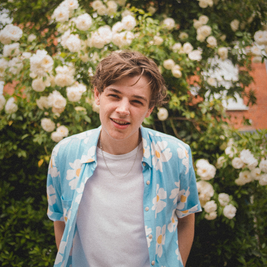 Singer-songwriter Thomas Headon may only be a year into his musical career, but he has already prove... 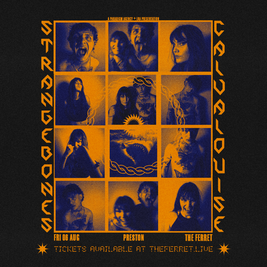 Calva Louise and Strange Bones decided to tour together as a show of strength that resides in the et... 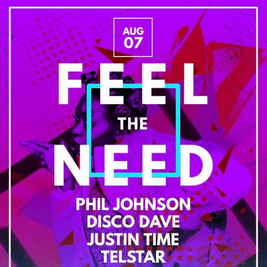 Feel The Need All-Dayer with music from Telstar & many more...

Feel The Need All-Dayer with music from Telstar & many more...

The Ferret welcomes Telstar’s FEEL THE NEED! With music from The Throwdown DJs, Chris Holt, Ph... 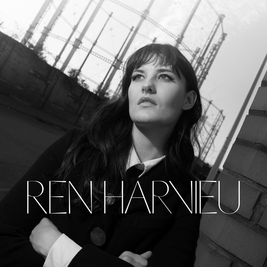 'Hers is an arresting voice, soft and sweet, but dark in hue and sharp with melancholy, like a vineg...