The daytime festival will host some of the most prolific names in house and techno across a hand-picked selection of Digbeths’s finest venues.

Returning to the bohemian district of Digbeth for its 15th edition, Chapter festival has already confirmed a lineup chock full of some of the most respected names in dance music.

Taking place over five stages, Face, Resonate, Atomic Jam, One Night Stand and the Foliee stage, within some of Digbeth’s most beloved live music spaces, those lucky enough to secure a ticket will be spoilt to performances from headline acts such as Hot Creations head honcho - Jamie Jones, Luciano, world renowned techno producer - Jeff Mills, Enzo Siragusa and Michael Bibi.

Supporting acts throughout the event, running from 2pm until midnight on Sunday 3rd November, include the likes of creative sub junky - Objekt, who will perform a back-to-back set with evocative electronic producer - Call Super, Parisian techno maestro - Shonky, back-to-back with fellow Frenchman and talented selector - Traumer, Stephanie Sykes, Freddy K and many more.

Chapter festival tickets are now available to purchase below.

Here is the next upcoming event At Digbeth, Birmingham, West Mid 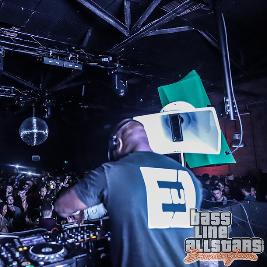 Bassline ALL stars: In The Courtyard

Bassline ALL stars: In The Courtyard