» News and Features » Best Family Attractions in the UK

Best Family Attractions in the UK

Quality time with your family is too easily put off. Enjoy that all-important quality time together at these unreal UK family attractions.

“I’m bored”. As parents, it’s a phrase you hear probably at least every week. Maybe even every day. It can be frustrating, annoying even. But honestly, we don’t want them feeling like there’s nothing to do. It’s the worst. And doing something together as a family is a perfect antidote for everyone's boredom and a great excuse for some family time.

But there's nothing worse than coming back from a big day out and feeling disappointed that it didn't meet your expectations. That’s why you need the scoop on the best family attractions in the UK, so you know you’re in for a cracking day. So here you go! Check out the best UK family attractions below.

When: All year round

The UK is full of thrilling theme parks, so we thought we’d condense them into one to help you make your decision.

Thorpe Park in Surrey is home to many famous rollercoasters, including the Nemesis Inferno (yep, the one from The Inbetweeners.) Blackpool Pleasure Beach current holds the record for the tallest rollercoaster in the UK, with the Big One standing at 213ft. In 2020, Alton Towers was the most visited theme park in the UK. And Drayton Manor has a zoo as well as rides.

Choose from any of these unreal theme parks, and you're guaranteed one of the best family days out in the UK.

One of the oldest, most established circus families in Europe is here to amaze, thrill, and astound you with their immensely impressive skills. This show reveals the limits of human talent, strength, agility, fearlessness, and skill with freestyle motocross acts, aerial performances, and more.

Raves teach a lot of important lessons. They teach you to appreciate music, have a good time, and express yourself through dance and music. The atmosphere at raves is accepting and friendly, making Rave Kidz the perfect day out. Oh, and there are also snacks, a UV glow party, laser shows and more.

When: Almost every day

Immerse yourself in the world of wizardry and feel like you’re in the movie yourself with tours of iconic sets such as the Great Hall, Platform 9 ¾ and Diagon Alley. See, in detail, the costumes the actors wore in your favourite scenes. And learn about how the creators used special and visual effects to bring fantastical creatures to life. 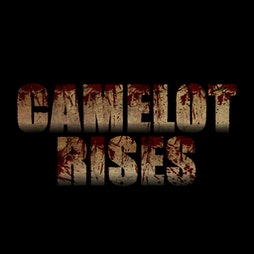 Not for the faint of heart, this immersive zombie-infested drive thorough cinema allows you to experience your favourite zombie films like you never have before. Choose from many fantastic films, including 28 Days Later, Evil Dead, It Comes At Night, I Am Legend, The Hills, and more while zombies attack and wreak havoc around you.

This event is suitable for those 15 and up or 18+ depending on the age restrictions for the chosen film.

One of London’s top attractions, Madame Tussauds is full of your kid's favourite personalities, including Little Mix, Marvel superheroes, Star Wars characters, Taylor Swift, Ed Sheeran and more. And with Prince Harry and Tom Hardy for the mums, there really is something for everyone at Madame Tussauds. 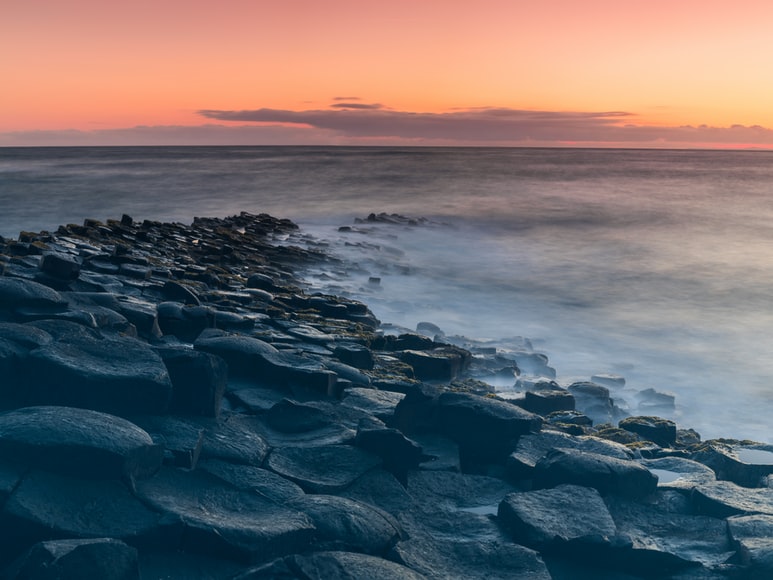 When: Every day (subject to weather conditions)

Known to many in Ireland as the eighth wonder of the world, it’d be daft not to check out the Giant’s Causeway if you have the opportunity. This natural spectacle was created around 50-60 million years ago due to volcanic activity. The result is the almost staircase-like rock formations that still capture the imaginations of many today. It’s the perfect opportunity for some fresh air and, for the kids, to learn about science.

Not much is as equally inspiring, captivating, and fascinating as a museum. Ulster Museum offers three intriguing routes - art, history, and nature. The art route contains fashion from the 1870s to the 1910s and, of course, stunning artwork. The history route touches on culture, including stereotypes and identity, and the nature route wows you with fossils that show we aren’t too dissimilar from our animal friends.

When: Multiple dates from Saturday 21st May - Sunday 4th September

With award-winning animatronics and one of the largest T-rex's in Europe, Jurassic Live is the place to be if you’re a dinosaur fan. And that’s not all. Triceratops and velociraptors are brought to life, moving, blinking and snapping their jaws right before you. Perfect for all the family, these tickets won’t last long. Secure your tickets now before it’s too late.

When: Open Saturday’s and Sunday’s

Where: South bank of the River Clyde, Glasgow, Scotland

Why do bubbles wobble in the air? How fast were T-rexes? And a million other questions are answered at Glasgow Science Centre. We all know how inquisitive kids can be, asking why the sky’s blue and a million other seemingly unanswerable questions. But here, they can have some tricky questions answered while having fun and learning. Triple whammy.

Home to the only giant pandas in the whole of the UK, Edinburgh Zoo has some unique, interesting, cute, and even some scary creatures to meet. From the daft, waddling penguins to the proud lion, the beautiful blue poison arrow frog to eerie tarantulas, the zoo is the perfect place to learn about the wide variety of animals on Earth. 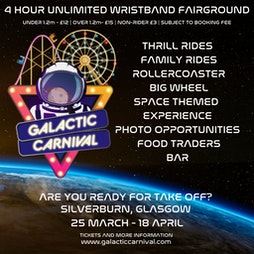 Everyone loves a good fairground. And space is super cool and incredibly fascinating. Especially when you’re a child. So naturally, the Galactic Carnival combines them both with an unlimited ride wristband! Even better, there are autism-friendly sessions, so those with autism and sensory processing disorders can still get stuck in all the fun but with less noise and fewer crowds.

A perfect one for thrill-seekers, Zip World is full of activities to get your heart racing and adrenaline pumping. Speed down the forest coaster, hop through trees like a monkey, dash around on the quarry karts or take on Big Red, the UK’s largest mobile zip line.

Here’s yet another day out that’s just overflowing with activities the kids will be dying to get stuck into. There’s so much to check out, including go-karting, mini-golf, paintball, indoor bowls, the treetop adventure trail, archery, laser clay shooting, baseball, the hedge maze, and the kids driving school. They’ll be knackered by home time.

Nothing feels better than rolling into the driveway, kids asleep in the back, radio playing softly, and that glowing feeling of exhaustion after an unforgettable day out. It’s a whole other level of satisfaction and a ticket to these brilliant attractions is a simple way to achieve it. Where will you be heard on your next family day out?