Mitch Greening got in touch with one of Bristol's finest house and techno exports - Waifs & Strays to discuss Burning Man shenanigans, studio inspiration and more ahead of Eastern Electrics in August.

As the vibrant city of Bristol’s ever growing music scene continues to amaze, 2010 introduced a new generation of house-privileged producers lead by Waifs & Strays, Eats Everything and Julio Bashmore.

Amos Nelson's ear for vintage grooves from across the Atlantic along with Rich Beanland's bass-orientated background together resulted in Waifs & Strays, whose irreplaceable take on house music captured the imagination of club and festival goers around the world, from their hometown all the way to the USA and beyond.

Their first missile ‘Yeah Yeah’ sounded like it came straight from NYC’s meatpacking district going on to become an ‘Essential Tune' for Radio 1’s Pete Tong. Since then a further 20 solo productions have climbed the charts including; 'Body Shiver' (below), ‘3am', 'Beats Into My Soul' and 'Be Patient'.

Waifs' tireless release schedule features outstanding output on leading labels like ViVa Music, Dirt Crew, Gruuv, Suara and MadTech in the last year alone, and now a solo traveller, Amos is building a new path with his very own imprint in the shape of Lovecrimes, launched alongside fellow dance music aficionado, Itchy Rich.

The idea is simple - to release tracks they enjoy listening to and playing on their own label, creating a diverse mix of funk-laden, house grooves that fill their dancefloors.

Flush in the middle of another impressive festival and Ibiza season we were lucky enough to catch up with groove master Amos (whose sublime ‘Fire In Me’ (below) is still resonating on the dance floor) ahead of his headline set and fourth year at the Eastern Electrics Festival in Hatfield, followed by the EE After Party at Egg LDN on Saturday August 6th.

You’re playing this year’s Eastern Electrics festival as well as the After Party at EGG LDN on August 6th, are you looking forward to them?

This will be the fourth year I have done Eastern Electrics Festival now, and I’ve always had a really fantastic time. The crowd,  the location, everything is ace! I love playing EGG LDN  too -  it’s one of my favourite clubs in London! The EE Afters is always a cracking party there.

As well as being excited about your sets, are there any artists you will be trying to catch throughout the day and why?

I'm definitely going to be watching Derrick Carter - he’s been a hero for years and just always delivers for me! It’s a massive honour to play the same stage as him! Also my good friend Eats Everything on the main stage - he’s going to kill it!

Do you have any inside information about your sets you can let us in on - particular tracks, exclusives or crowd-pleasers you’ll be playing?

I’ll definitely try to bring some new tunes with me. I’m always in the studio so there’s always something new to play. And for the rest - you will just have to come along on the night...

Originating from Bristol along with Eats Everything and Julio Bashmore, were there any particular events or venues that you used to enjoy playing at and which you think helped you get to where you are now?

I think the most important venue in recent years has been Motion. That place has really grown - my friend Rag and I did some of the first ever parties there, and now it really is one of the top venues in the country. It’s really helped the Bristol club scene over the last few years. Originally it was Lakota, which was the original stomping ground for myself, Eats and many other Bristol DJs.

Yourself and Rich announced your arrival with ‘Yeah, Yeah’ which was released on Leftroom (above). How did this originally come about and what was it like watching your track grow and succeed?

It was one of those tracks which wrote itself, and we did it in about four hours! I sent it to Matt Tolfrey who signed it to Leftroom which we were buzzing about. Then he showed me a video of him playing the track in Detroit and the place going nuts. It was one of the best feelings ever.

Pete Tong then announced the same track ‘Yeah, Yeah’ as an ‘Essential New Tune' and it went on to become one of 2011's biggest hits. The follow up release 'Body Shiver’ came via Jamie Jones' seminal label Hot Creations, which was a perfect fit for Jamie's bass-heavy sets. What effect did this period have on your career and were there any major changes for you?

Getting Pete Tong’s Radio 1 ‘Essential New Tune' was one of the highlights of my life. It was a dream come true as I had been listening to Pete Tong’s show since I first got into dance music. Signing 'Body Shiver' to Hot Creations was also really the changing point and things started to really kick off from there. Jamie putting it on his Fabric mix was also amazing!

Do you think it’s important for artists like yourself to release different tracks with different labels like this?

Not necessarily, but the way it works is that often the same label won’t always sign your tracks but another label might. I personally like to make different music styles so it works for me to sign music to different places. It also helps to keep your release schedule going as often labels don’t want to release multiple releases from the same artist in a short space of time.

You’ve always channelled a diverse variety of sounds from the piano-fuelled 'Love on Another' to the darker, harder sound of 'Lost (In The Party)’. Where do the different influences for these sounds come from and who would you say has been your biggest influence?

To be honest, it’s just what comes in the studio. I never really start with a plan. My musical taste is pretty diverse so I guess it comes from there.

Playing sets at festivals such as Glastonbury and Burning Man must be unforgettable experiences - do you have any memories or experiences that you will always carry with you for good or bad reasons?

So many good memories from festivals especially Burning Man and Glastonbury. I will never forget playing tracks off my iPhone from a high tower at our camp in Burning Man - we ran a really long cable to the sound system below - and playing Chris Rea's ‘Josephine’ as the sun came up. We had a crowd down below going nuts. I don’t like to hold on to the bad memories, but the mud at Glastonbury is never the best.

2014 saw the change from working with your partner in crime Rich to riding solo and carrying the name ‘Waifs & Strays’ on your own back. How was this transition and would you have any advice for other artists making the same changes?

I had been DJing for years before I met Rich so that side was easy. The studio transition was harder but we had our own studios so I just continued working in mine. As for advice, I didn’t really have a choice as Rich stopped due to medical reasons rather than us splitting, but the only advice I can give to anyone starting in this business is that if you really want it, stick with it, put in the hours and it will happen.

Finally before we head out the gates to the Eastern Electrics After Party at EGG LDN what should we be listening to?

Get tickets to the Eastern Electrics After Party with Waifs & Strays here or below.

More like this? Read our interview with Jackmaster here.

Here are the next 2 upcoming events At Egg London, London 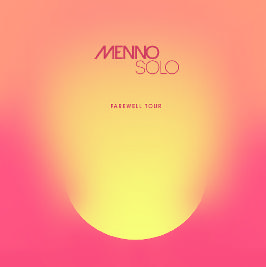 This event has been Postponed until 24th Jul 2021 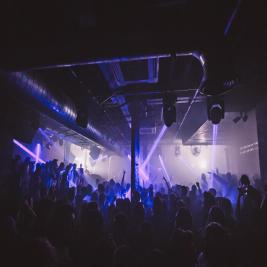 The Freshers Color Paint Party 2020 💨🌈 A Celebration of Colour This Freshers! Live ...