John Thorp spoke to Steve Rachmad about musical influences from Detroit, reinterpreting his classic album and the creative benefits of using an alias.

At 46 years old, Steve Rachmad has spent over a quarter of a century in the studio as well as on the road, personally representing the development of techno in his native Holland, where his personal and underground Detroit influence worked magic on a genre that was heading in harder, cheesier directions.

Always reinventing his style through his wide range of DJ sets, and currently enjoy another wave of club success in his more outright techno guise, Sterac (watch below).

Rachmad was also responsible for 1995's Secret Life of Machines, a pioneering LP out of circulation for nearly two decades, Rachmad risked revisiting and remastering it in 2012, to great acclaim.

Prior to this weekend's Easts Meets: Concrete event in London, a collaboration with the acclaimed Paris club where Rachmad will play alongside Francois X, Behzad and Amarou and Blackhall and Bookless, we reflected with the producer on his two decade journey through techno.

Secret Life of Machines was out of circulation for quite a long while, trading for high prices on Discogs, before you reissued and remixed it. Do you think this was good for the legacy of the record? What prompted you to get it out there again at last?

For me, it was important to stay close to where I’m coming from. SLOM has always been a very dear album to me, representing the era I felt satisfied and comfortable with my productions for the first time.

I was coming of age as a producer, you could say, resulting in music that still sounds fresh to me now. That was the main reason to reissue the album a few years back, to perfect the sound I created back then that’s still so close to me. I wanted to undo the poor mastering, get the tempos a bit more decent and also get back to my roots.

As techno music and the Detroit influences are still current these days, I think it’s a record that still appeals to nowadays audiences.

Remixing your own work is often a risk for producers, especially in the case of a ‘masterpiece’ or very influential record, such as Secret Life for Machines. However, fifteen years on, and your reinterpretations were well received.  What did you want to add to those original recordings, and how long did those ideas take to develop?

As said, I wanted to enhance the sound itself and take it up to 21st century standard.I also realized after so much happened in electronic music, the basis of Detroit techno was still in full effect. So these re-interpretations could be interesting as some sort of marker how basic Detroit techno can sound in these ‘modern’ times.

It didn’t take a lot of preparation, I’ve always been moving forward in the studio, adding new sounds and ideas to my music, so I just had to focus on these old productions and approach them with this new mindset I’ve developed throughout the years. Which was interesting!

You kinda revive those old atmospheres, taking a trip down memory lane, while you re-work them as the person you are now – for the second time in my life these tracks taught me lessons in producing and perfecting your sound.

What was the impact of the Detroit music scene on the Netherlands throughout the eighties and nineties? Could you find many others who shared your enthusiasm for the scene, and what appealed to you so strongly about what you were reading and hearing?

I grew up in the eighties with synth based disco and R&B and kinda felt the same vibe in Detroit techno. Perhaps not sound-wise, especially for the people that think of Detroit techno as being really fast and heavy music, but the classic stuff from guys like Derrick May, Carl Craig and Kenny Larkins was techno with beautiful, deep strings. And those strings I’d also heard in all these pop/funk/R&B tracks, so I got really fascinated by these sounds.

And yeah, for sure it had an impact on the Dutch scene. Amsterdam had always been upfront with picking up those new house and techno records from the US, which quickly led to DJs getting befriended (like Dimitri with Derrick and Carl).

The audience picked up all the new sounds, as the club scene here was blossoming early nineties, which led to Dutch producers like Orlando Voorn and Speey J releasing on Detroit labels. So the connection was strong and only evolved more and more in the years that followed.

Was it easy to forge connections with Detroit, and were artists from the city receptive to your interpretation of their sound? What was your first visit to the city like, and how did it alter your perspective?

Things happened very naturally. There was a love and enthusiasm for the music that brought us together, I guess the Detroit guys picked up on that. I never felt they wanted to keep the sound to themselves, it was simply an approach of producing music that connected us.

When I visited Detroit for the first time, I was at the same time very excited to be in the city that played such a big role in the thing I do, but I was also very shocked by the way the city looked. It was deserted, ghostly, and I couldn’t find my place in it.

I understood the link between it’s underground feel and the music that emerged there immediately though. I just didn’t feel connected to the place at first. I am very happy to see the development the city has been going through in the latest years though. It’s still a journey but I definitely feel less estranged when I go there these days.

As Sterac, you’ve had success in recent years on labels like Klockworks and Delsin, and as yourself, on Drumcode etc. Aliases in dance music are as popular now as when you established Sterac as an alternative to ‘yourself’. What are the creative benefits of several aliases?

It means every record you start working on is a blank sheet. Back in the early nineties I felt the urge to make lots of different styles of music, and invented an alias for each genre I made. To me, this kept things interesting, as it gave me the possibility to produce something else every time I went into the studio.

Even though I’ve limited my aliases these days, I still work like this. I can create something deep and house-based, very melodic and synthy, or simply raw techno stuff. You stay away from routines if you work like this, and it’s always provided me with lots of surprising sounds along the way.

I’m really fond of your rework of Donna Summer’s ‘I Feel Love’. It adds just enough kick and something psychedelic without taking away from the original’s relative perfection. Were you nervous remixing such a seminal record, and how relieved were you when Giorgo Moroder offered his approval?

Of course, it was an honor to edit such an iconic record. And yes, there was some pressure when working on it, but I also felt confident enough I could deliver a worthy version. I’ve grown up with Moroder’s music and the synth based disco/R&B in the eighties, and back then had really dissected lots of the records that came out.

I was familiar with the sounds and the way these tracks were produced, and knew what to do to take this track into the 21st century. Perhaps a bit with the SLOM remixes it was like re-visiting an old friend and make him acquainted with something new. A wonderful experience and really fun to work on!

This edit was also quite a work; I didn’t have any parts, so I had to sample really tiny bits from the original. This was quite a project, as there are not so many parts of the music itself without the vocal in the original.

I spent a lot of time reconstructing it, this work resembles a lot of the tape editing technique I did back in the day — and this was an extra satisfaction when Giorgio reacted so positive about it. Namely he understood the amount of work and craftwork that was put into it to sound the way it sounds.

You’ve played almost all of the world’s premier clubs - Berghain, DC10, Output… Which of those connects with you most? And are any of them better than your own residency in Amsterdam?

To be honest, I can play several venues. As a result of my musical excursions in the studio, I’m also open to different sounds when I play clubs and festivals. Often I let the vibe influence me, sometimes pushing me into very open, deep house influenced atmospheres, at other times going for a gritty techno ambiance.

Naturally, the latter is very close to me, I’ve always enjoyed the raw environments where it’s basically all about the music. I found this in lots of places, including the recently closed Studio 80 in Amsterdam. Here you felt the freedom to play whatever you want for a dedicated audience, solely focused on getting the party to a next level. When this happens (which could be just as much in Berghain, Panorama, DC10 or a particular festival) I would feel completely in sync with everyone.

If I would really have to choose some favorites, then this would have to be more than one for sure. Berghain/Panorama Bar Berlin, Circoloco @ DC10, Studio 80 Amsterdam, Womb Tokyo, Rex Paris all have a special place in my heart – and of course more than this, but it’s pointless to write long lists of clubs here. I am just grateful to be able to play so much favourites on regular basis.

You seem to have settled into a decent groove recently with your Sterac work. Your remix of ‘This Is How’ has been almost as ubiquitous as the original. As somebody who’s considered an innovator in techno, how do you predict the genre will continue to develop? What, or who, excites you in techno right now?

Ah, there’s still so much going on. Detroit will always be taken to new grounds, as the basic sound of it is open for lots of interpretations. Right now you see the gritty sound coming back more, taking over major clubs, with lots of artists re-vamping the classic sound.

I’m a big fan of Ben Klock and Marcel Dettmann, but I also closely follow guys like Yotam Avni, Heiko Laux, Luke Slater. With people like these the music has taken on new faces, taking on new audiences and providing me and others with lots of inspiration for the future. It’s going to be interesting times.

Like this? Try Session Victim Interview: We're better together than apart

Here are the next 2 upcoming events At Oval Space, London 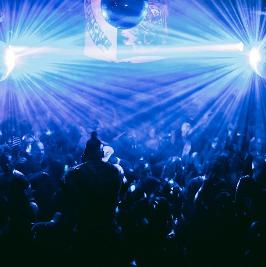 We’re calling all junglists to join us at this amazing new venue, as we celebrate across multi... 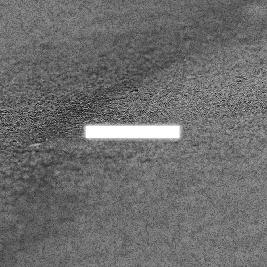