» News and Features » Review: The Libertines, Kendrick Lamar and more at Leeds Festival

Review: The Libertines, Kendrick Lamar and more at Leeds Festival

We recount performances from The Libertines, The Maccabees, Kendrick Lemar and Jamie T plus a host of emerging acts from this year's Bramham Park spectacle.

The beauty of Leeds' festival is that by and large the tents metaphorically lend themselves to stepping stones. From the overhanging arc of the BBC Introducing Stage to the fortress that is the Main Stage, you'll often find that the higher reaches are populated by bands that have scaled the ladder.

Following that journey, the day started with a quick fire blast of bright eyed bands, capable of tent hopping to the higher reaches of the hallowed yellow poster.

A lot has been made of Hippo Campus, a youthful four-piece barely out of college from Minnesota. It didn't seem to phase them, the nerdy quartet seized the moment, plucking from their rhythmically charming Bashful Creatures EP with such enthusiasm it was apparent they were just happy to be there.

Notably buzzing drummer Tarek exclaimed "This is a fucking childhood dream for us". It was a feeling mutually shared from the youthful crowd, recklessly engaging with their bolting guitar rhythms and the sheer intensity that breathes through hits like 'City'.

Gengahr would expectedly simmer the onlooking mob with their hazy melodies and one of the most compelling vocals buzzing the scene right now in Felix Bushe.

It's been a quick-turn a round from single 'Powder' to debut their LP - this was actually only their first ever appearance at Leeds. For now, they feel like one of those bands where people are familiar with their woozy penchant, yet not quite aware of the band behind it. Improvised in parts, the band delivered with a complexity beyond their years, John Victor's guitar solos spectacular as always

Throughout the course of the day, it became apparent that each band had their own story, many sporting a new chapter in their musical careers, many scribing the first in what should prove to be a long and winding road.

It's been a decade since The Maccabees released debut single 'X-Ray', during that decade they've channeled from tent to tent until eventually hitting the big stage. In similar vein to their Glastonbury set, they punched the mid-afternoon sun with a mingle of their brisk indie numbers and recent chart topper Marks To Prove It.

Orlando appreciatively thanked those who'd bought the album, repaying their keen ears with 'Kamakura', 'Marks To Prove It' and 'Something Like Happiness' - the latter emanated the joy you'd come to expect from a song that'd been fleeting their set for years.

The chorus to 'Precious Time' shimmered in the evening sun to form a highlight, guitarist Felix cheekily introducing it as a "new one". The band's songwriting speaks more about London gentrification nowadays, but that didn't stop the leisure centre inspired 'Latchmere' fizzing their set list.

When you can be selective of your set like The Maccabees can, in a way which you can leave out crowd favourites like 'Toothpaste Kisses' and still summon an Irish man dressed as a leprechaun to strip on his mates soldiers, then you know it's a warranted decision.The added dynamic of their pianist and newly stripped back approach outs them incredibly as a force with plenty more wood to burn.

Jamie T continued the nostalgic trip, looking as comfortable as he ever has done on in front of a festival crowd. The rowdy revellers responded to his tales of lost youth, sparking up flares mid-set while the camera panned to a huge sign reading 'Lightweight Prick'.

After a lengthy hiatus in which he wrote over 180 songs, 'Zombie' emerged as the best of the bunch. Delaying that chorus for a good five minutes, he let rip, many in the front row toppled and Treays wrapped up part one of his 2015 bow.

In contrast to the quintessentially British troubadour, it's not often you see Kendrick Lamar trading his passport with the UK border office. Looking effortlessly cool in a pair of shorts and sneakers, he pieced together a set from across the board, keeping this year's To Pimp A Butterfly largely under wraps.

After performing A$AP Rocky's 'Fuckin' Problems', Kendrick conjured up silky constructions of 'Bitch Don't Kill My Vibe' and 'M.a.a.d C.i.t.y'. The latter oddly drew chants of "Ohh Kendrick Lamar" - the cringe merchants were out in force.

As he manoeuvred through an encore which contained 'King Kunta' and an improvised version of 'A.D.H.D' complete with jazz parts, it was affirmative that we were listening to something more than a "Compton thang", but the voice of a generation.

The Libertines resonate with my previous thought of entering a brand new chapter. During points throughout their career, it's been difficult to configure whether they're at the end of the road, know where it is, or just going to turn up.

What we do know is that they're one of the greatest British indie bands of our time, and with a new album on the way, the headline slot offered the perfect stage to prove that.

In between songs, Pete paused and exclaimed "oh look, we've got Liam Gallagher down the front", not entirely original when it comes to mocking festival fashion, but amusing all the same to see Pete alert to his surroundings.

He even mentioned meeting his beloved QPR, who were staying in the same hotel as the band, and dedicated a song to club legend Stan Bowles and Charlie Austin. Ex-Swindon Town players aside, Pete and Carl were back to enjoying themselves, gazing sentimentally into each others eyes, almost locking lips as they shared the chorus to 'What Katie Did' into the same mic.

Equally, a topless Gary Powell went at the drums like a man possessed, spirited in their approach, The Libertines have rekindled the intimacy and flair they enjoyed before the infamous split.

A quarter of a way through the set 'Gunga Din' was given some big stage airplay, an undisputed anthem no doubt, but it wasn't delivered with the raw emotion that encompassed hits like 'Can't Stand Me Now' and 'Music When The Lights Go Out'.

What's important though is that The Libertines are no longer being marred for their off stage antics, and if the new album proves its worth, the likely lads new found glint and radiantly British charm will return to the bright lights of Bramham Park with an incredible legacy behind them.

Here are the next 3 upcoming events At Bramham Park, Wetherby 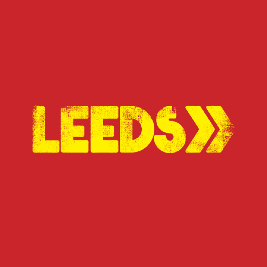