He conquered with 'The Defamation Of Strickland Banks' in 2010, but since then the sharp-suited singer/rapper has barely been seen or heard. So what did he do next?

It's been almost ten years since Plan B's music career went absolutely stratospheric following the release of his soul-soaked concept album, The Defamation Of Strickland Banks, which told the story of a slick singer whose love songs found him immense fame, before being wrongly sent down for a crime he didn't commit.

Featuring standout ear worm tracks like 'Love Goes Down', 'Stay Too Long', 'She Said', and 'Prayin', the triple-platinum album debuted on the UK Albums Chart at No.1, becoming the fifth best selling UK album of 2010.

The record marked a massive change in direction for the artist whose debut, Who Needs Actions When You Got Words, released four years earlier in 2006, was a no holds barred rap album of singles such as 'Mama (Loves A Crackhead)' and 'Kidz / Dead and Buried' - and who could forget under-age sex squirmer 'Charmaine'?

While the content within The Defamation of Strickland Banks was similarly hard-hitting, the delivery, for the most part, was different, with the rapping MC turning honey sweet soul singer.

The album's success saw Drew's profile rise immensely, and 2011 awards season treated him well. He bagged the BRIT award for Best Male and also cleaning up at the Ivor Novello awards, winning Songwriter of the Year and the Album Award.

Since then though, things have gone a bit quiet. So what became of Plan B, after he promised so much?

A planned double CD follow up to The Defamation of Strickland Banks, entitled The Ballad Of Belmarsh - the hip hop "version of events" of Plan B's alter ego Strickland Banks - was shelved after his record label deemed that the album wouldn't get played due to its rap focus. This caused Drew to become disenchanted with the industry and focus his talents elsewhere.

This resulted in the artist choosing a path away from music and focussing on a career in film, which had already been bubbling away nicely in the midst of Drew releasing records.

The use of Plan B's 2006 track 'Kidz' in Noel Clark's Kidulthood saw Drew bag a role in its sequel, AdULTHOOD (2008), before appearing alongside acting royalty Michael Caine in Harry Brown (2009).

Post The Defamation of Strickland Banks, Drew was given a major role in 2012 film The Sweeney with Ray Winstone - a remake of a classic '70s police drama which, on the weekend of its release, sat atop the British box office.

The multi-talented Drew is not just limited to singing and acting, however, and throughout his career has tested his skills as a director, first demonstrated in 2008 with the release of his first short film, Michelle, starring Kidulthood lead actor Adam Deacon. He also directing the video for Chase and Status collab 'Pieces'.

This experience saw Drew focus his attentions solely on producing his first full length film, Ill Manors (2012), pursuing a passion which began when, aged 21, Drew wrote a full script based on an incident involving armed police raiding his home.

The premiere of Ill Manors saw huge names such as Ed Sheeran, Professor Green, Tinie Tempah attend. The film proved a success with both fans and critics, affirming Drew's position as writer/director/singer/rapper/producer.

Its accompanying soundtrack featured collaborations with the likes of Labrinth, Kano, Takura Tendayi and John Cooper Clarke - which culminated in another number one record. Not too shabby.

Following that, Drew's profile dropped considerably. He was still performing, but not with anywhere near the same visibility or vigour, and there were no more studio albums to pick at.

However, a Facebook post in 2017 with the simple caption 'Please Read' confirmed what fans had hoped: Plan B was returning with a third studio album, Heaven Before All Hell Breaks Loose (2018), plus a confession about The Ballad Of Belmarsh:

"It's one of those lost albums. I'd shot Ill Manors and the label wasn't taking the film seriously. I'd written most of it before I put out ...Strickland Banks. I was living at RAK Studios and done the whole American thing where I've got different people working in different rooms. It was bollocks. It felt like I was only doing it to capitalise on the success of Strickland Banks and at that point I was sick of Strickland Banks. Fuck him."

Following his hiatus, Drew has since returned with a vengeance, still as sharp-tongued and soulful as ever - and whichever character form he assumes, it's certainly good to have him back.

Want to catch him live? This August Bank Holiday Plan B hits the main stage at South West Four, in what is set to be an explosive, career spanning set.

Here are the next 2 upcoming events At Clapham Common, London 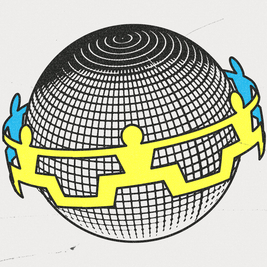