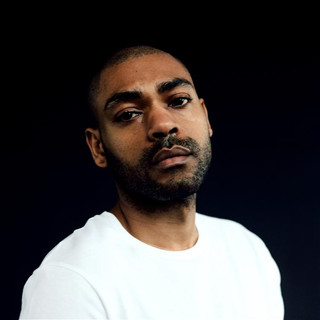 Kane Robinson, better known as Kano, is a British rapper and actor from East Ham, London, England. He is a significant contributor to grime. In 2004, Kano released his debut single "P's and Q's", which was an underground hit within the grime community. After signing to 679 Recordings, Kano released his debut studio album Home Sweet Home (2005), which peaked at number 36 on the UK Albums Chart and featured the top 30 singles "Typical Me" and "Nite Nite". This was followed by the album London Town (2007), featuring Kano's highest-charting single "This is the Girl" featuring Craig David. Through Bigger Picture Music, Kano released his third and fourth albums, 140 Grime St (2008) and Method to the Maadness (2010), both which charted in the top 50.

After signing to Parlophone, (a record label his cousin Dillon Smith is a member of) and six years without a studio release, Kano released his fifth album Made in the Manor (2016), Kano's most successful album to date. It was critically acclaimed by music critics and charted at number 8 in the UK Albums Chart, becoming Kano's highest-charting release, as well as being considered one of the best albums of 2016 by numerous publications. Kano achieved his first top 10 album of his career in the same year as fellow British rappers Skepta and Giggs. It was shortlisted for the 2016 Mercury Prize and won Best Album at the 2016 MOBO Awards.

Kano is widely considered one of the pioneers of grime, British hip hop music and culture, alongside artists such as Skepta, Wiley and Dizzee Rascal

Kano has been mentioned in our news coverage

Below is a sample playlists for Kano taken from spotify.

Do you promote/manage Kano? Login to our free Promotion Centre to update these details.