» News and Features » Live Review: The Strokes and Fontaines D.C. at Lytham Festival 2022

Live Review: The Strokes and Fontaines D.C. at Lytham Festival 2022

We sent gig-reveller, Meg Roberts to see two of the biggest alternative acts around - Fontaines D.C. and The Strokes - live in action at this year's Lytham Festival. Hear her thoughts on the seaside soiree below...

If you ask us, support acts don’t come much better than Fontaines D.C. A band which already has a well-earned reputation for anarchic unrestrained live performances and tonight was no different. Frontman Grian performed with great intensity and his passion felt real. Highlights included Skinny Fia’s 'Jackie Down the Line' and the politically charged, 'I Love You' which closed out their set. It cast a very high pace on the rest of the evening. After their thoroughly energetic show, we were raring to go. It was a job well done. 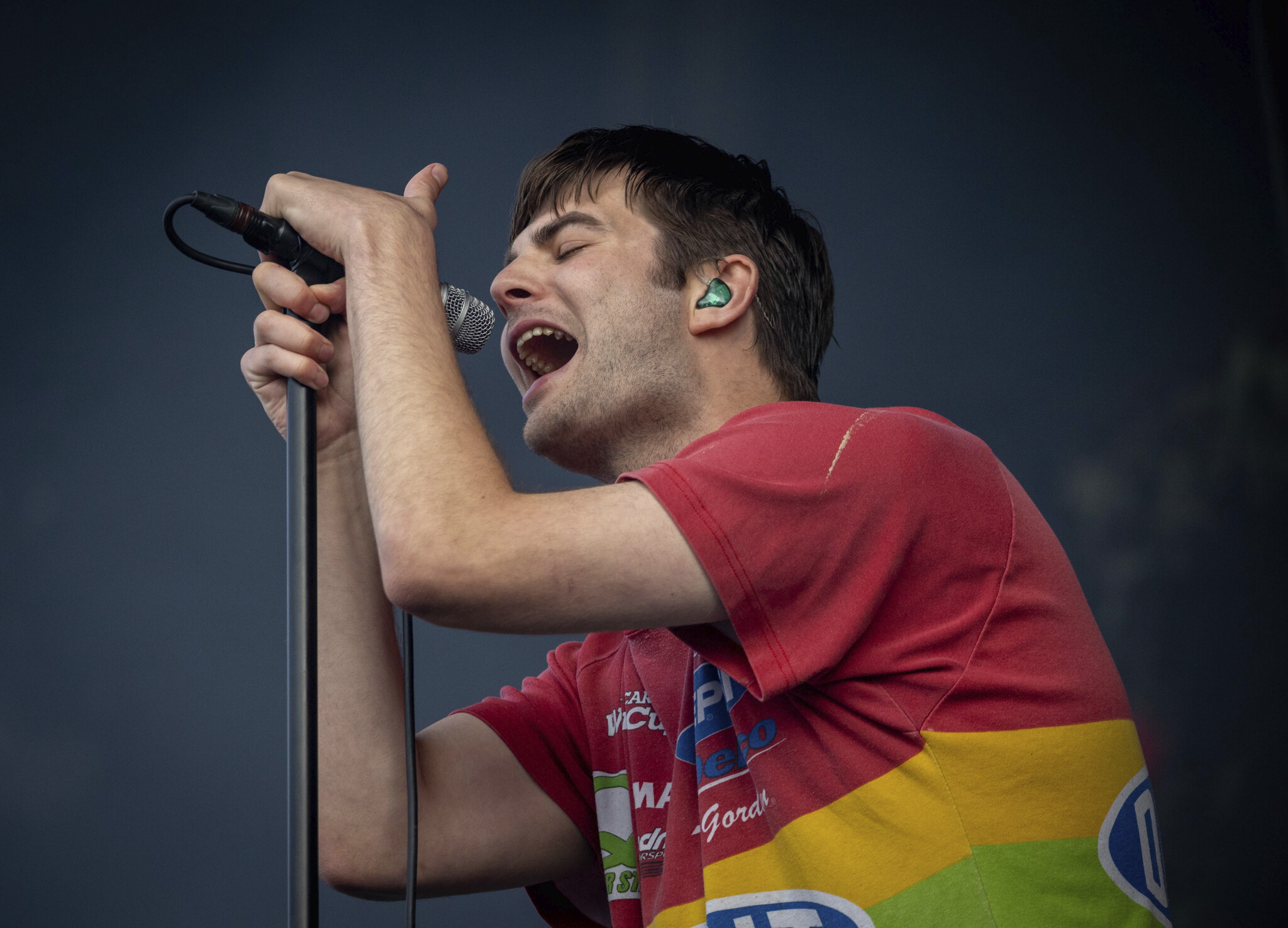 Headliners The Strokes opened to the title track, 'Is this It?' from their iconic debut album to a buzzing reception. It was a shame how quiet everything sounded for the first few songs. The noise of the crowd drowned out the vocals for 'Adults are Talking' and 'New York City Cops'. Thankfully, it all seemed to improve after the first 15 minutes, and certainly by the time they got to 'Automatic Stop'.

Here came a political rant from Casablancas met with approving chants of ‘f*ck the tories’ from the tumultuous crowd. His irreverent streams of consciousness were a theme that ran strong throughout their 90-minute-long set.

The night took an even more unexpected turn when mid-way through the set, a fangirl holding up a handwritten sign that read, “Can I sing Ode to The Mets with you?’ was plucked from obscurity and consequently invited up onto the stage. Casablancas wryly remarked, ‘"Rather than with me, why don’t you play it instead of me?". And that is exactly what happened. 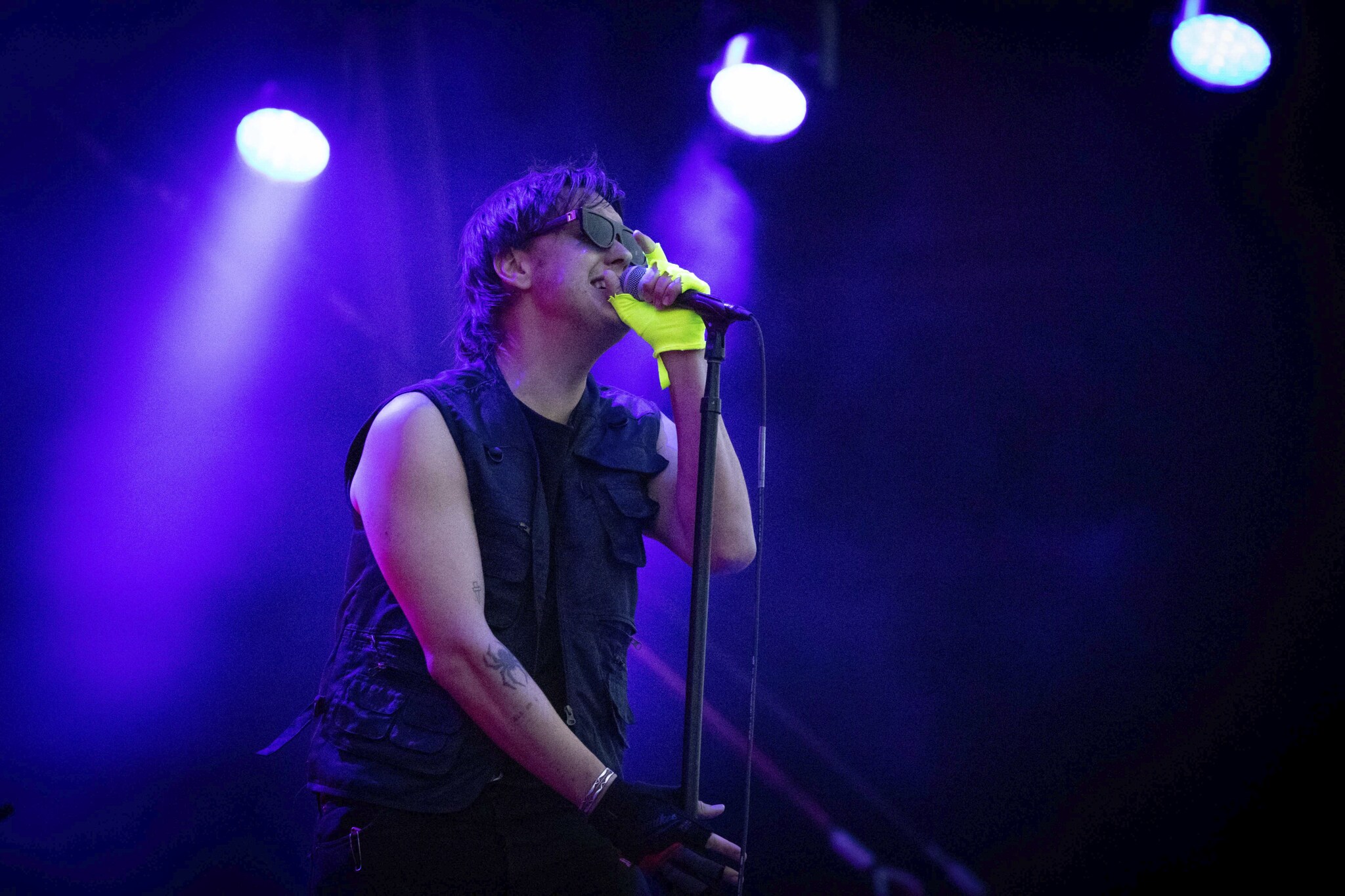 As we might have expected, rather than letting her sing a few lines, he swiftly disappeared off stage and, incredibly, the girl was left to sing lead vocals for the entire song.

Amidst the madness, we stood there stunned and in honest disbelief, it felt quirky and unusual at first, but then quickly became somewhat tiresome. We wondered where he had gone and when he would inevitably take over. In our opinion, the joke went on longer than it needed to, and the six-minute ballad felt a lot longer.

Finally returning to the stage, he skittishly asked "the X Factor judges" what they thought of her performance. "It’s alright", said guitarist Albert Hammond Jr whilst Nick Valensi gave "No comment" as they pondered on where exactly he was going with this. 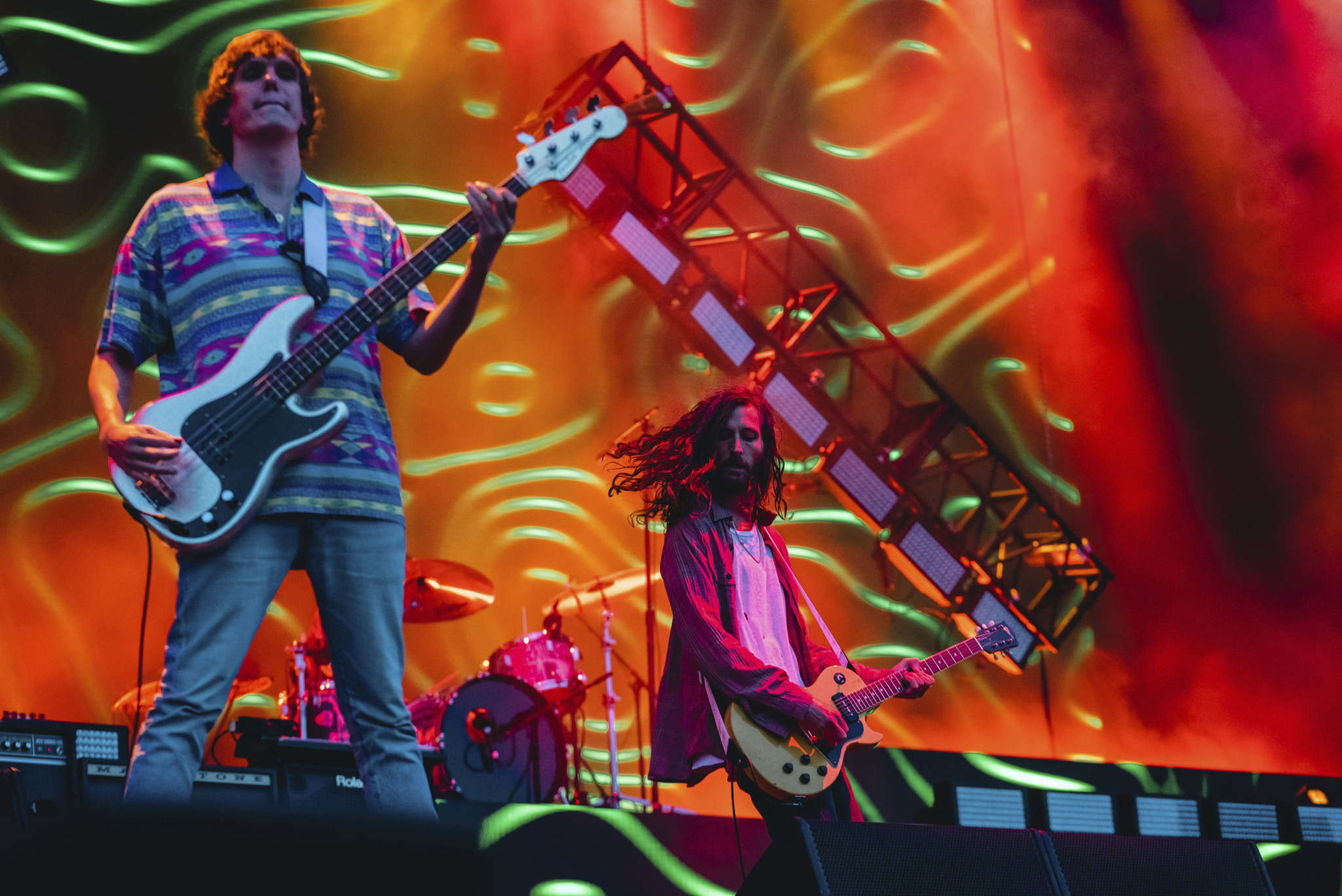 Given it's our favourite song from their most recent LP The New Abnormal, we would be lying if we said it was not disappointing to not hear Casablancas sing one line of it. The vocals are a big part of this ballad so perhaps not the best choice to have a fan sing the entire thing. But we have to admit, it takes some confidence to sing to some 20,000 festival-goers and, as bassist Nikolai Fraiture stated hesitantly, we must give "an A for effort" too.

Finally returning to the stage, Casablancas concluded that it is a memory they will have forever but "Unfortunately, she doesn’t make the cut. Now, what’s the next song?”. Reptilia quickly got things back on track with its catchy fast-paced guitar riffs and it was like we had forgotten the whole debacle. 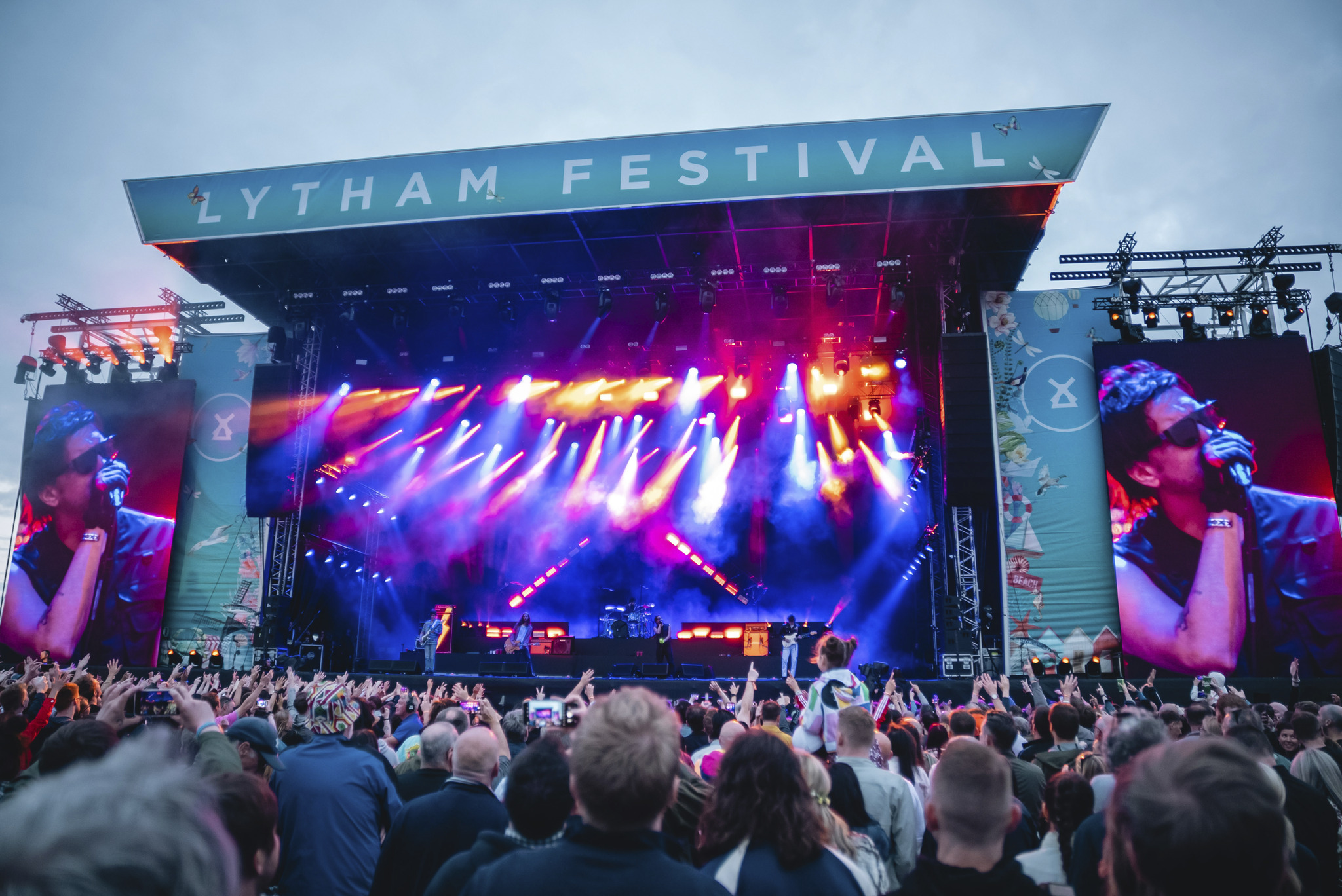 They continued to work their way through a great setlist and fan-favourite 'Undercover of Darkness' was a total highlight.

As the show reached its end, after some twenty years and more in the business, tonight he simply didn’t want ‘the theatre’ of leaving the stage only to come back on. "C’mon, we all know the drill by now". So they decided to cut the BS and play straight through to the end instead to give us another song.

The last few tracks that presumably would have been the encore, were 'The Modern Age', 'Threat of Joy' and 'Juicebox'. Noticeably missing from this stellar line-up was 'Last Nite', much to the disappointment of the crowd. But with such an extensive back catalogue, we don’t think it was missed all that much on reflection.

For reasons good and bad, it is not a show we will forget anytime soon.