Shogun Audio complete a decade in the DnB business, and prepare to celebrate in style at Nottingham's Stealth club on Friday 24th October.

The 24th of October sees scene leading drum n bass imprint Shogun Audio celebrate its tenth year in operation, and with that comes an all night celebration of all the label has achieved at Nottingham's Stealth club, courtesy of bass heavy rave crew Detonate.

Helmed by long serving drum n bass veterans Friction and K-Tee, Shogun Audio, beginning life back in 2004 has been one of the most consistently impressive imprints in the DnB scene. Artists on its roster cover the entire spectrum of the modern sound, and include Alix Perez, Camo & Krooked, D-Bridge, SpectraSoul, Icicle, Rockwell and Noisia to name just a few (watch some of the Shogun boys in action below).

Acting as a home for the more forward thinking edge of drum n bass as well as music that Friction and K-Tee thoroughly believe deserves to be given a platform, Shogun's level of quality has been high since the get go. That, and its ability to continually evolve and adapt has kept the imprint at the cutting edge of underground bass-wise developments.

The label's reputation has been further established over the years through its regular run of parties, with noteworthy events at London's Cable Club and Brighton's Digital becoming essential raves for the hardened drum n bass heads of the UK. Shogun has additionally stretched its borders to bring their own interpretation of DnB to fans as far afield as Australia, Hungary, Russia and Croatia, establishing the brand as not just a UK phenomenon, but as a worldwide success story.

It's tenth birthday celebration sees Friction joined by a host of label favourites including Calyx & Teebee, Technimatic and Joe Ford in the nostalgic '10 Years of Shogun Audio' room.

'Stealth 1' will feature star turns from Alix Perez, Rockwell (see him in action above) and Fracture, with their individual takes on drum n bass sure to spice things up enormously.

Cause & Affect, Lowsteppa, DJD and Jake Twell take the pace down a notch and deliver some more house oriented bass music in 'Stealth 2', rounding off an enormous birthday soiree featuring one of DnB's most uncompromising brands. Grab your Shogun Audio tickets here.

Here are the next 2 upcoming events At Stealth, Nottingham 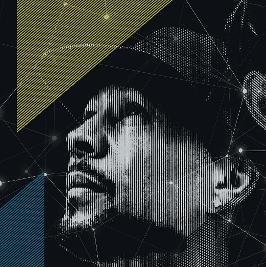 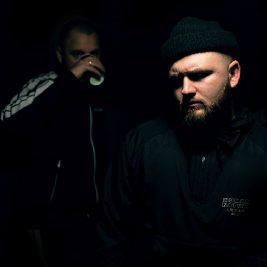