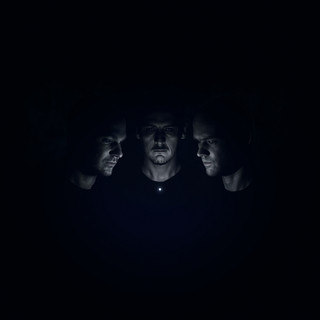 The output from Dutch drum 'n' bass triumvirate Noisia is often described in a trio of words: Original, emotional, visceral. Whilst seemingly a bold statement to make, its an equally justified one given that in less than ten years of operations, Noisia are already renowned for their insane technical abilites, resulting in their music being used for everything from leading computer games to trailers for Hollywood blockbusters, as well as producing a wealth of remixes for the world's most prominent artists.

Having honed their skills in their collective hometown of Groningen, Noisia, aka Martijn Sonderson, Thijs de Vlieger and Nik Roos have developed a sound that's uniquely theirs. Whilst production techniques are tirelessly challenged and progressed, Noisia have in the process managed to blend engaging sound design with upfront bass and beats that has won over a worldwide following.

Barely two years in the game, and Noisia were already becoming the go-to producers for no nonsense, hard hitting drum 'n' bass, prompting them to set up their own imprint - Vision.

Huge, scene defining hits followed in the shape of 'Stigma', 'The Tide', 'Dustup' and 'Exodus'. Their spare time saw them called upon by the likes of Amon Tobin, Moby and Pendulum for remix duties, further embedding their relevance in drum 'n' bass culture. The completion of their LP ‘Split The Atom’ in 2010 would cement this even more.

Coming as something of a departure from the norm, Noisia incorporated a plethora of sounds and styles into their debut long player, all with that distinctive Noisia aesthetic. The risk paid off and 'Split The Atom' was subsequently picked up by Deadmau5 for a special edition reissue on his own mau5trap label.

Noisia has been mentioned in our news coverage

Here are the latest Noisia mixes uploaded to Soundcloud.

Do you promote/manage Noisia? Login to our free Promotion Centre to update these details.