Marko Kutlesa caught up with Horse Meat Disco resident Luke Howard to discuss legendary gay club nights in London, some of the night's best guests and more ahead of sets in Brixton and Ibiza at the end of the month.

Horse Meat Disco is a weekly Sunday night disco held in a pub, The Eagle in Vauxhall. Most of its clientele are gay, and it's been running since 2003, anchored by four resident DJs: Jim Stanton, Severino Panzetta, James Hillard and Luke Howard.

With its unabashed dedication to all forms of disco, the night has become a cult favourite over its lifespan and some of the world's finest DJs can sometimes been seen visiting the small boozer, mixing and playing to the bears and boys and their friends at the night.

The residents have grown in repute during the club's run and are frequently invited to play guest spots at other clubs. They have been invited to hold residencies for the night in New York and Berlin and have played on Channel 4 as part of their house party (see below).

They are also frequently invited to guest at festivals. While on a recent visit to play Suncebeat Festival in Croatia, Marko Kutlesa caught up with Luke Howard from the Horse Meat Disco team.

Luke moved to London in the mid 1980s and has a good knowledge of the recent history of the UK capital's gay nightlife. He worked for over a decade at Queer Nation, an incredibly popular gay night in the city, including as a resident DJ. He is also a rather charming individual (although when he says he'll play a requested song he's probably lying).

There are lots of different kinds of disco music. Can you define Horse Meat Disco's take on it?

Horse Meat Disco is all types of disco really. We don't only play Italo, or proto or Salsoul, we play a bit of everything. We play stuff, I guess, that's mostly from the 70s and 80s, but if something's new and we like it we play that as well. It depends, it depends on the audience. We like disco in all its variants. We like stuff that isn't really disco, that you could play in the middle of a set.

Oh, I don't know. Maybe something like 'Late In The Evening' by Paul Simon (below). Just something that's good to dance to. Which I guess is what disco really is, isn't it?

Were there any original London disco nights that were the template for the club?

Well, there weren't any that were really the template for the club, but I know a bit about the gay scene. Bang started in 1976 and I interviewed Tallulah, one of the resident DJs, before he passed away, so I learned about about that era. But we weren't trying to recreate something, we were just playing records that we liked, in a pub. Which is what we're still doing.

I've lived in London since 1985, which is only six years away from 1979. At the time that seemed forever, but if you think about how time seems to have sped up now, that it would be the same now as going back to 2010, it just seems like yesterday. So 1985 and 1979 did seem worlds apart, but you could still go out in a gay club and you'd still hear things like “The Boss”.

You'd hear disco records, alongside what was new and there was that whole rare groove thing going on, so people were digging up things from that era which weren't really played at that time. Where am I going with this? So, the templates were the clubs that didn't play shit music. There were always gay clubs, but a lot of them did play shit music.

Did you ever visit (DJ Harvey's gay night in London) The Beautiful Bend?

How does that compare to Horse Meat Disco?

Beautiful Bend was a lot of fun. It was run by Sheila Tequila and Donald and it had quite a theatrical element to it. It always had a theme and each month they would have a flyer or a fanzine that was all about that month's theme. They often did a show in the middle of the dancefloor.

I remember one theme was “My Daughter's Wedding Left a Lot To Be Desired”, so a lot of fun. I remember Harvey played brilliant music all night. It wasn't that busy actually, but everyone who was there was having a brilliant time. It was in this cellar which had these little kind of off rooms. It was a bit like a sex dungeon, actually. All these little alcoves.

What are the best and the worst aspects of the gay club environment?

I think if you're in a big, mainstream gay place or event, I think for a lot of people it is about taking your top off and having a muscley body, so if you don't fit into that or you don't identify with that you can feel quite alienated.

When you're gay you want to go to a gay space and not feel alienated, because you can feel like that in a heterosexual environment. Some of those clubs can feel intimidating if you don't feel like you fit in. Some people, of course, go to them and have a great time, I suppose it just depends on the person you are.

I like a club to be a bit more mixed, I don't like to be in a men only environment. It's nice to have a gay club that welcomes all sorts of people and it's not so sexual, it's all about having fun and dancing. Each to their own.

Well, I think we are. We do get some boys who go down there and take their tops off, we get a bit of everything. It is quite male. There are definitely more men in there, but we welcome everyone, so we get drag, straight people.

I find that if I go to a gay club and everyone looks the same, like if it's a bear night, or a muscle mary or a twink night, and there are no old people, or if it's only white people, then I find that a bit boring. I want to be somewhere with a bit of variety, a bit of a mixture.

And have you attained that mixture at Horse Meat Disco?

I think so. I think we're quite lucky because we're starting to get a lot of younger people coming down now. When we first started we were generally catering to a crowd which was much older, who were into the music. But now younger people are really into that music, so we get a lot of twenty-somethings.

I was talking to James earlier and was saying I feel like we've got a new generation now. We've been going for 12 years at The Eagle in Vauxhall and so a lot of people who used to come, don't come anymore. They might come once in a while, but they used to come every week. So, I think it's a pretty good mix.

Does every club have a shelf life?

Absolutely. I think that we are aware that our night has got a shelf life too. We're really grateful that we're still going, we're really happy. In a way, we can't believe it. Yeah, everything does have a shelf life, some longer than others.

I worked at Queer Nation for 14 years before I did Horse Meat Disco. I thought that was a pretty good innings. I've been doing this for 12 years, although it doesn't feel like 12 years. There are some nights in London that have been going for over 20 years like Duckie. I think Queer Nation still does parties. Trade recently did a one off, 25 years.

So, if you have to move on then what next?

Well, I actually work as a volunteer in a LGBT drugs and alcohol service, I've worked there for 4 years, so if this all went tits up tomorrow, or if I went deaf or something, I would probably start working with addictions.

Which previous guests have perfectly fitted into what you try and do at Horse Meat Disco?

Tedd Patterson. Oh God, now you've put me on the spot. Maurice Fulton. Mark Moore. Prins Thomas. Tony Humphries played recently, which was a massive honour for us. We were so excited and he was really fantastic. We've had David Morales down at the pub, he was really lovely. Kenny Dope was lovely. We've all been so honoured that they've come down to play at our little pub, The Eagle and they've got into the spirit of it and really enjoyed it.

Who else have we had? James Murphy, Felix Dickinson, The Boogie Cartel, who are lovely boys.

Who's been the biggest surprise?

Ooh. You mean who was I not expected much from and they were really good or?

Any way you want to take the question.

I really loved Daniel Wang. He's like a sister to us. He's a friend and someone who inspired Horse Meat Disco in the very beginning. He always plays records that will surprise you, so I always like having him there because he usually throws something out there. I like the way he knows his stuff, but he doesn't take things too seriously. I like that way of being.

What kind of curveballs would he play down there?

He might play something like Rick Astley. I don't think it was actually Rick Astley, but it was definitely something like that. It was a Stock, Aitken and Waterman type number. I'm quite partial to a bit of high energy. He can be really underground, he really knows his shit, but he can also be like that.

In the long list of legendary London gay nights, where does Horse Meat Disco fit into that?

Well it's not for me to say, is it? That's for other people to decide. You have to get them to do that. I just feel really lucky to have worked at two good gay nights, two with really good music, Queer Nation and Horse Meat Disco.

Skiddle interviewed Mark Moore in the last year and he was due to go and play at Horse Meat Disco.

I've been DJing for 26/27 years now and it's nice to know that there are people there, still doing it, who've been doing it for longer. It's nice to have role models like Mark Moore and Jeffrey Hinton.

Will you play anything by Sylvester, Kid Creole or 'Loving Is Really My Game' by Brainstorm for me if I come on the Horse Meat Disco boat party tonight?

If you come on the boat, yes, I'll play all three.

He didn't. None of them. His reply?

It got you on the boat though, didn't it?

Get tickets to Horse Meat Disco at Red Light in Brixton here or below.

Upcoming Events At The Prince Of Wales, London

Here are the next 3 upcoming events At The Prince Of Wales, London 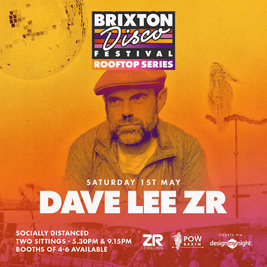 With a sold out Brixton Disco Festival in October, we hold a series of rooftop events at the POW. 1s... 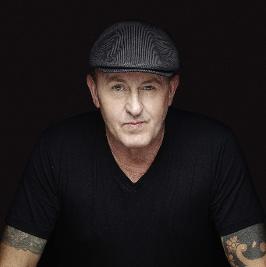 Balearic Beat 2021...Up On The Roof with Alfredo, Danny Rampling

Balearic Beat 2021...Up On The Roof with Alfredo, Danny Rampling

We are back in Brixton for our 6th annual 'Up On The Roof' celebration of over 3 decades of the Bale... 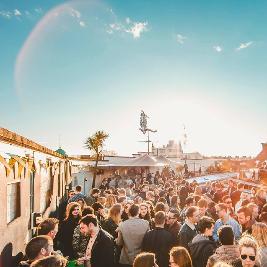 Summer-ized Sessions rooftop raving in Brixton!☀😎 We head to one of London's finest r...