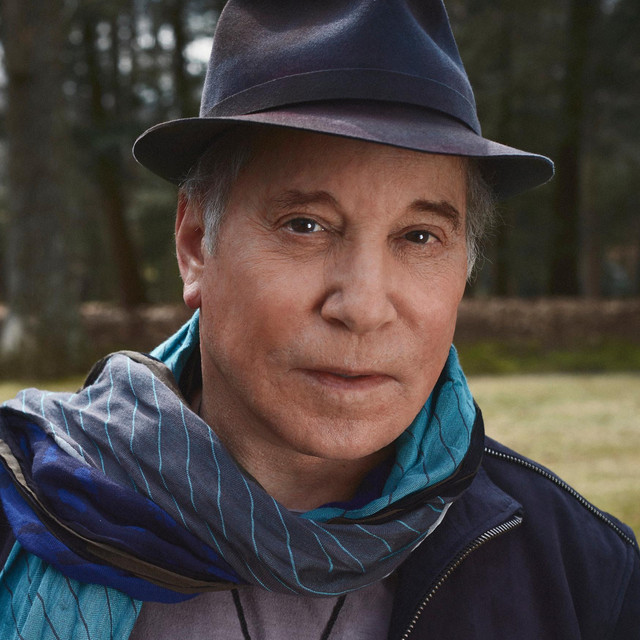 Paul Frederic Simon (born October 13, 1941 in Newark, New Jersey) is an American singer, songwriter and guitarist. He first gained world-wide recognition as the writing talent behind the popular American folk-rock duo Simon & Garfunkel formed with fellow musician Art Garfunkel. When Simon & Garfunkel split in 1970, Simon quickly began his solo career with the release of the self-titled album, Paul Simon. This was followed by There Goes Rhymin' Simon and Still Crazy After All These Years, both of which featured chart-topping hits such as Loves Me Like A Rock and Kodachrome. In 1986 Simon released the immensely popular Graceland, which featured the groundbreaking use of African rhythms and performers Ladysmith Black Mambazo. In 1990, he followed up Graceland with the successor album The Rhythm of the Saints which featured Brazilian and Cajun musical themes. These albums helped to popularize world music as a genre. He co-wrote the unsuccessful, but critically-acclaimed musical The Capeman with Nobel-winning poet Derek Walcott in 1997. His most recent album, Surprise, was produced by Brian Eno. Paul Simon still tours occasionally, both as a solo artist and with his old musical partner Art Garfunkel. He is married to Edie Brickell. In 1994 Paul Simon held 14 sold out concerts in Nantes (France) with International professional fusion players: Nino Manore (Italy), Francis Mc Gowan (UK), Gissele Masarde (France), NikÅ¡a SviliÄiÄ (Croatia), and others. User-contributed text is available under the Creative Commons By-SA License and may also be available under the GNU FDL.

Paul Simon has been mentioned in our news coverage

Five of the best: Benoit & Sergio

Below is a sample playlists for Paul Simon taken from spotify.

Do you promote/manage Paul Simon? Login to our free Promotion Centre to update these details.