DJ Love: Above & Beyond

Helen Giles talks us through her love for vocal trance icons Above & Beyond and why they are dubbed 'The Biggest Band You’ve Never Heard Of’.

Image: Above & Beyond (source)

Back in September 2015, progressive trance veterans Above & Beyond celebrated the 150th broadcast of their Group Therapy radio show by jetting Down Under to headline yet another sell out event at Sydney’s Allphones Arena, cementing their status as one of the most iconic live dance acts of our generation.

Their musical journey first began in 1999 at the University of Westminster, where Jono Grant and Paavo Siljamaki met through their combined passion for electronic music.

After establishing Anjunabeats later that summer, their first release ‘Volume One’ (below) distributed under the same label, captured the attention of DJs Pete Tong, Paul Oakenfold and Judge Jules. Not to mention the third member of the group Tony McGuinness, former Marketing Director and Manager of Warner Music Group. With this brought the birth of Above & Beyond.

From this point on, the trio were a force to be reckoned with, their energy subtly surging through into the spotlight with remixes of tracks from mainstream artists Madonna, Dido and Britney Spears, creating an electric sound new to the ears of many.

When asked about their unique sound, Siljamaki replied, “We’re trying to write music for 25 years from now, rather than just music for today. Music is timeless when it is good. Genres will always move and change but songs are forever. That’s part of our challenge, and a part of Above and Beyond’s identity”.

It was between the years of 2006 and 2014 where Above & Beyond garnered the love, support and attention of millions of fans worldwide, with the subsequent releases of Tri-State and Group Therapy catapulting them into the limelight. UK-based DJ Magazine rightly described Tri-State as, “the fulfilment of any dance-act’s ultimate album aspiration: a padding-free, skilled, diverse long-player”.

The Group Therapy era saw the dance trio hailed as the biggest DJ/production collective the UK has ever produced, with the album soaring to No.1 in the iTunes Dance Album Charts, as well as Mixmag giving it the title of 'Artist Album of the Year' in 2011. It combines classically influenced, ponderous moments alongside upbeat club tracks, beautifully infused with vocal riffs from Richard Bedford and Zoe Johnston.

The vocals and lyrics are something that gives Above & Beyond the competitive edge over other dance music artists. The emotions that they are able to generate and recreate through their music make them truly unforgettable, with the music attaching itself to the poignant memories within a lifetime.

It isn’t just music for a Friday night out partying – their music symbolises every movement that can be associated with finding yourself and entering new and exciting periods of your life.

Speaking of reconnecting with innermost thoughts and feelings, Above & Beyond momentarily changed their musical direction with their acoustic shows in London and Los Angeles, and the release of the studio album Acoustic at the end of January 2014.

McGuinness summarised this new leg of the trio’s journey as, “a reconnection with the musicians that we were before we met”. breaking down instantly recognisable hits such as ‘Sun and Moon’ (above) and ‘A Thing Called Love’ to their bare essentials, reigniting the raw power from the empathetic lyrics and delicate riffs and exposing their musical intelligence to the masses.

Not only committed to their time producing in the studio and to their label, Above & Beyond are just as focussed when on the road and on stage. As regular attendees at Creamfields, Global Gathering, Ultra Music Festival and Tomorrowland, their music has seen them travel every inch of the world.

Their radio show also titled Group Therapy, established in 2012, has allowed them host the biggest performances in modern dance music.

They held a sell-out show at Alexandra Palace London in 2013, and the record-breaking #100 episode celebrations in 2014 at New York’s Madison Square Garden, where they became the first ever British DJs to headline this venue (watch below). As they have already proven, nothing is out of reach for these three music enthusiasts, no matter how big the project is deemed.

At present, Above & Beyond are racking up more air miles than ever after embarking on a global tour to promote their latest studio album ‘We Are All We Need’. It has taken them to North America, Europe and South Africa, before returning home to the UK in November for sell-out arena shows in London and Birmingham.

For 15 years, the group have delivered dance music followers memories, experiences and given them the opportunity to look deep into their souls through their elegantly crafted and unique compositions.

What is exciting about the trio is that they are constantly looking to the future, which is why their energy and enthusiasm will continue to stand out in the trance genre and industry for many more years to come.

Above & Beyond Steel Yard London tickets are available below.

Here are the next 3 upcoming events At Finsbury Park, London 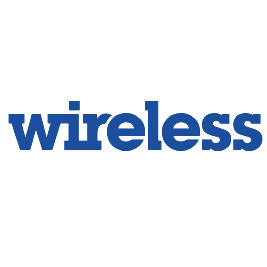