» News and Features » Best live performances of all time

Best live performances of all time

Music is subjective. We all know this. But over the decades, there have been some live performances that blew all others out of the water. Performances that drew over a million people, changed the industry, and inspired thousands of people all over the world.

Dearly beloved, we’re gathered here today to celebrate the best live performances of all time.  From metal to electronic, rock to pop, here are some of the greatest performances the human race has ever been blessed with.

Metallica's 1991 Moscow Performance to a crowd of 1.6 Million

It goes without saying Metallica is the biggest metal band on the planet, but if you needed proof, this is it. While we don’t know for certain exactly how many people turned up to this iconic performance, it’s estimated at around 1.6 million, which is bloody loads. This performance sounds remarkably almost exactly the same as the record, only with the unparalleled energy a live performance can bless you with. We’d say it’s definitely the best live performance ever from a metal band.

This performance by Queen in 1985 saw the band play an electric setlist full of their most popular tunes in front of 72,000 people. Most performances by Queen were incredible for more reasons than one. Some of those reasons include Freddie's natural showmanship, charisma, and virtuosic abilities.

But at Live Aid, the crowd were eating out of the palms of their hands from start to finish. The vocals were incredible (obviously), the guitar tone, the band were at their best, the sound was incredible - it’s the whole package.

Due to copyright, this documentary clip is the best we could do for finding videos of this iconic performance. But still, from this short clip alone, it’s clear how important and incredible this gig was. This show was so ground-breaking, it changed electronic music forever. From this point on, DJs and artists began to think outside the box and create elaborate, mind-blowing stage designs. 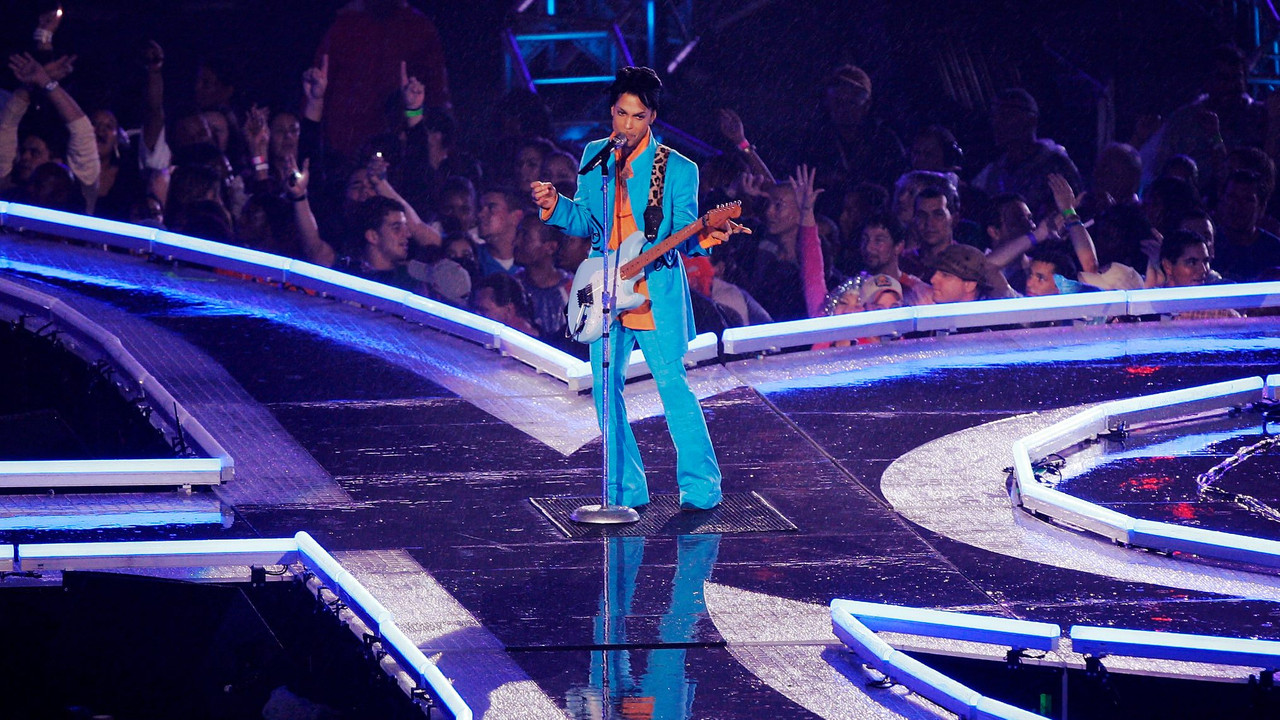 Now, claiming an artist has done the best Super Bowl show ever might sound like something you could disagree with. But this is Prince. And this was definitely the best show the Super Bowl ever had. It’s just a fact.

The iconic songs, the singing while dancing, the fireworks, the countless visual spectacles, the silhouette moment, the rain during Purple Rain - THE RAIN DURING PURPLE RAIN! One moment… the rain… during Purple Rain. This was the first time it rained during the halftime show. This is beyond legendary. There are no words to fully describe Prince’s power. Goodnight.

Despite how incredible this performance was, Thom Yorke (vocalist and guitarist) later admitted he nearly stormed off because his in-ear monitors were playing up. Safe to say we’re bloody glad he didn’t! Instead, he and the band remained on stage and blessed the festival with what was voted one of its best performances of all time. They’d just released the ground breaking OK Computer and… it’s just heavenly.

Alright, the video quality’s not the best but look at that! That’s 250,000 people genuinely going mad and letting loose to one of the most iconic DJs of all time. Everyone wanted to have the time of their lives and, by the looks of it, succeeded. Jealous isn’t even the word.

Regardless of whether or not you like Beyonce, her performances are sublime. She’ll definitely go down in history as one of the best live performers of all time. And this performance at Coachella reveals why. A setlist full of bangers we all know and love was reimagined, celebrated and re-energised by brass, string, and percussion musicians alongside baton twirlers, dancers, and more. This is live music at its best.

Live At The Paramount is a legendary performance Nirvana did shortly after the release of Nevermind and just before they became the biggest band in the world. The performance features Kurt’s signature pained vocals, an incredibly full and bold sound created by just three instruments, Dave and Krist providing one of the most solid and fierce rhythm sections in music history, and a wild crowd. You can feel the electric, liberating atmosphere through videos alone which is truly special. It’s punk as f*ck.

The Prodigy coming on stage in inflatable balls at Glasto

The Prodigy have been incredible live performers for a while now but their Glasto performance in 1995 was wild. They came on stage in inflatable ball things, ran and jumped around like mad, got the crowd going, had a dancer to keep everyone lively, and used electric guitars for extra oomph. It was madness, and it was brilliant.

Janis Joplin will always be considered one of the most influential musicians in rock. Her pipes and soul were incredible. And this was the performance that shot her to international fame. She put every piece of herself into this song, thrashing around, throwing her head back, and letting everything out. It's a real honour to witness this, even through a video.

Stormzy being the first black solo artist to headline Glasto

Stormzy - what a legend. He tore up the Pyramid Stage in 2019, becoming the first black solo artist to headline. But perhaps the best moment was Blinded by Your Grace, Pt. 2. There are no words to explain the power and depth of this performance. It’s clear he’s deeply passionate, and the vocals from the choir are incredible. Paired with the confetti drop, the fireworks, and the crowd singing each word, you can’t help but sit there with goosebumps the whole way through.

According to the BBC, over 4% of the population applied for tickets to see Oasis at Knebworth. The band played to 125,000 people each night which, at the time, was a Knebworth record until Robbie Williams played in 2003. It was one of the biggest events in rock history, and the band was at the top of their game, as was the crowd, who were obviously proper mad for it.

This man has more talent and skill in his little finger than most do in their entire body. This performance was immaculate: his voice, the energy, the horns, the dancers, the backing singers, the crowd - everything. We could go on, but we’d be here all day.

MJ changing the came in Bucharest

Michael Jacksons Dangerous tour put the bar through the roof for elaborate staging in live music. He used cranes to go out over the crowds, performed elaborate dance routines while hitting every note, used plenty of pyro, changed costumes multiple times, and commanded the crowd effortlessly.

People were so in love with him and his music. You can even see some people crying their eyes out and thrashing around, not knowing what to do with themselves. There was so much going on, it's no surprise the crowd collectively lost their sh*t. Aside from that, how Michael Jackson managed to move that much and keep his voice sounding perfect is a mystery. Amazing.

Bob Dylan always leaned on the folkier side, taking to the stage with an acoustic guitar in hand. But when he played in Manchester’s Free Trade Hall in 1966, an audience member screamed “Judas” at him for donning an electric guitar for the second half of the gig. It was pretty controversial at the time. Instead of shying away, Dylan doubled down, telling his band to “play it f*cking loud!”. Looking back on it, many consider it Dylan’s best performance, and it’s certainly an important piece of music history.

Rage Against The Machine burning the flag at Woodstock

The whole performance, as with any Rage Against The Machine gig, was electric, furious, and politically charged. At the end of their set in 1999, they played the iconic Killing In The Name and burned the two United States flags they had draped over their amps. The festival as a whole was a horrific disaster, but this statement was absolutely massive. For a country that gets mad if someone hangs their flag upside down, burning it on a huge stage in front of thousands was wild.

It’s arguably one of the most incredible political statements made on stage. But RATM does have a habit of doing this type of thing, once going on stage in Guantanamo Bay-like jumpsuits with hoods over their heads.

The biggest voices in European opera and American soul joined each other on stage in Modena in Italy to help raise money for humanitarian groups in 2002. It’s not the kind of duet most would dream up, but we’re glad someone made it happen. The live strings are dreamy, Pavarotti’s voice is as spine-chilling as ever, and James… well, James is James! An unlikely collaboration gave us arguably one of the best performances of all time.

And there you have it - some of the best live performances of all time. Again, it’s kind of down to your personal opinion but these performances changed music, blew minds, and elevated the live music industry to crazy heights. Nothing can replicate the magic of live music performances.

Women Rock! Day 2023: The most influential women in music