We do love a good party in a destination off the beaten track here at Skiddle. Yes, electronic music rarely gets bettered then when ensconced in the Balearic sunshine of Ibiza, cutting edge music found in the urban metropolises of London, Manchester, Leeds and more on these shores, but the nugget set somewhere you least expect has it's own stunning charm as well.

Case in point Hebden Bridge. The Yorkshire village has earned its reputation as a focal point for liberal minded folk, with a lofty arts scene nestled in it's leafy confines of the Pennines. Less celebrated, but no less important, is the acid house undercurrent rippling throughout the town, best highlighted by their party at The Trades Club, Flashlight.

An event whipping out of the aftermath of previous parties Divided by Dirt and Into the Valley (that brought the likes of Andrew Weatherall, Kevin Saunderson and Ashley Beedle wide eyed into the town), they kick off on May 3rd with Horse Meat Disco bringing the leftfiled funk and disco bombs.

To give an insight into what to expect we've been delivered this exclusive mix from Disco's caped crusader Flash Atkins, which you can stream on the player above (or go direct to Mixcloud here). Atkins has picked up a head of steam via his productions and edits on Paper Recordings, including their recent Trash the Wax compilation, and has an album due with the imprint later in the year.

Head here for tickets to the show, and if you're thinking of spending more than the night in the setting (you really should, it's gorgeous) there's hotel options here.

Like this? then we reckon you'll love this too - Skiddle Mix 037 - Fingerman (Paper Disco).

Make sure you hear about all our mixes as soon as we create them - subscribe here.

Here are the next 3 upcoming events At The Trades Club , Hebden Bridge 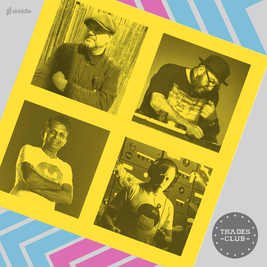 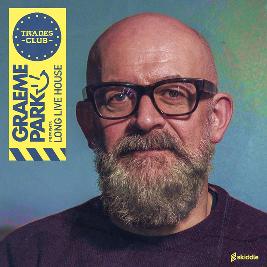 Graeme Park returns in 2020 to this little iconic venue after a sold out show in 2019. 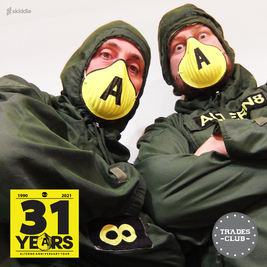